Thomas Jefferson: A Biography of Spirit and Flesh shows Jefferson as a human being 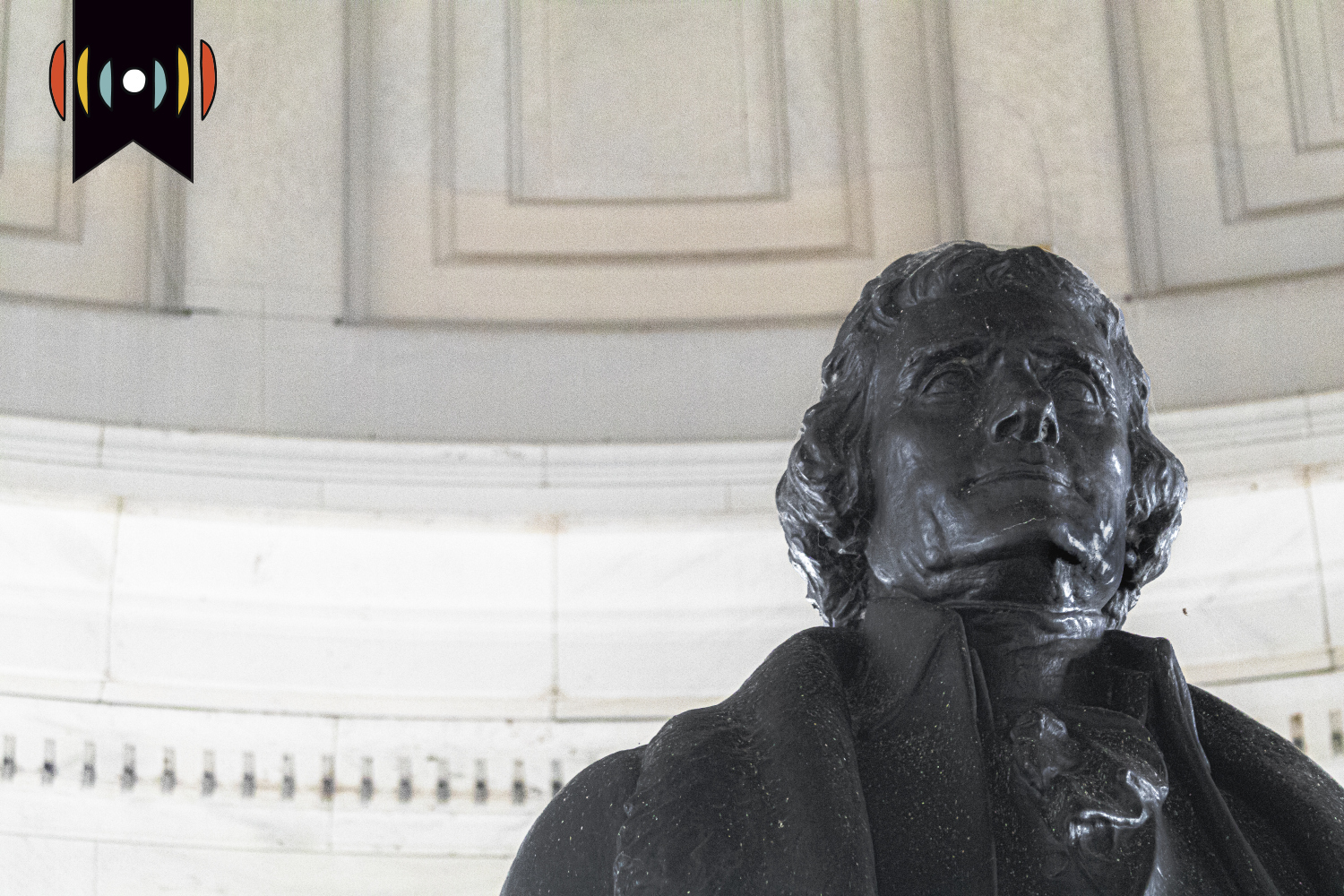 MARY REICHARD, HOST: Today is Friday, November 18th. We thank you for turning to WORLD Radio to help start your day.

NICK EICHER, HOST: And I’m Nick Eicher. Coming next on The World and Everything in It: WORLD’s book of the year.

This year, our editors and reviewers at WORLD Magazine chose Thomas Kidd’s recent biography of Thomas Jefferson. Kidd is historian at Midwestern Theological Seminary, and the book is titled Thomas Jefferson: A Biography of Spirit and Flesh. Here’s arts and media editor Collin Garbarino.

COLLIN GARBARINO: When I was a child, Americans still believed the Founding Fathers were great men who did great things. When we learned about U.S. presidents in school, we only learned about the good they did. Or we were simply taught whatever they did was in fact good. Things have changed a lot in the last 30 years. Now Americans are just as likely to despise the Founders as we are to revere them. WORLD chose Thomas Jefferson: A Biography of Spirit and Truth by Thomas Kidd as its book of the year because this excellent and timely book offers a more judicious view of our third president. Here’s Kidd reading from his introduction.

KIDD: This is the biography of a brilliant, but troubled person. Thomas Jefferson would seem to need no introduction, yet among the Founding Fathers he is the greatest enigma and the greatest source of controversy. Jefferson left a massive collection of carefully curated papers, but he seems virtually unknowable as a man.

Kidd walks us through Jefferson’s life chronologically—his upbringing and education, his contributions to the independence movement, his time as president, and his later years as the founder of the University of Virginia. We meet a man acquainted with loss—few of his children with his wife Martha lived to adulthood. Problems plagued him, but many he brought on himself. Jefferson was an intellectual, but the book explains his beliefs were often at odds with his practice.

KIDD: Most of the controversy about him comes back to questions of character. How could the author of the Declaration of Independence keep hundreds of human beings in bondage?

Jefferson himself recognized the contradiction between championing freedom and enslaving people. As a young politician, Jefferson suggested Virginians free their slaves. Throughout his life, abolitionists asked him to help in their cause, but the older Jefferson got—and the more precarious his financial situation became—the less interested in emancipation he was. And there were other things Jefferson did that didn’t match up with what he believed.

KIDD: How could he carry on a longstanding sexual relationship with one of his bondspeople who was also his dead wife’s half sister. His relationship with Sally Hemings produced one and perhaps as many as six children. The children who survived to adulthood, he acknowledged only by letting them go free, unlike most of the other people he owned. “Hypocrisy!” Jefferson’s critics cry. When you look closer at Jefferson, however, hypocrisy doesn’t quite penetrate the mystery—doesn’t explain Jefferson’s troubled genius and vacillating life. For all his blazing intellect and inspired rhetoric, Jefferson held a host of beliefs and inclinations that were unreconciled and maybe irreconcilable.

From his youth, Jefferson had a complicated relationship with Christianity. Historians often claim he had a secular worldview or was perhaps a deist. Kidd shows that Jefferson cobbled together his own brand of faith that was more robust than deism, but fell short of orthodoxy. He considered himself a Christian, even though he thought the Trinity an absurd doctrine. Jefferson refused to believe in Jesus’ divinity, but he found comfort in Jesus’ moral teachings, believing humanity could perfect itself. He promoted a strict moralism he was never able to live up to.

Jefferson preached a gospel of financial stewardship, but throughout his life his debts increased due to his profligate spending.

KIDD: To be fair, most of us struggle with forms of incoherence and hypocrisy, and it is undoubtedly easier to see these problems with the benefit of historical hindsight. We never know if we would have done better if we had lived the same life as a person in the past. We will never know if we had outdone Jefferson, if placed in his situation.

Kidd believes that how Americans view the Founders has high political stakes—more so now than ever before. If we’re going to be honest about ourselves and our country, we need to come to an honest assessment of men like Jefferson as well.

KIDD: But if we are to judge historical figures, we should judge them by the standards of their time. I would argue that Jefferson and the major Founders remain valuable and even essential subjects of study in spite of their manifest flaws.

Instead of renaming schools and toppling statues, Kidd proposes that we ponder hard truths about the American founding.

KIDD: Time-bound self-interested men framed the world’s most enduring republic on the bedrock of the slave-owner Jefferson’s glorious principle that all men are created equal. These paradoxes warrant sober reflection and further study. We should steer clear of the excesses of either patriotic apologetics or iconoclastic destruction. The Founders, including Jefferson, were hardly pristine saints. But maybe we’re not either.

The thing I like most about Thomas Jefferson: A Biography of Spirit and Flesh is that it allowed me to see Jefferson as a human being. He was no god. And he was no monster. The book provokes pity for this man who believed his own learning and intellect could save him while at the same time losing the war against the frailty and sinfulness that’s common to all of us.

EICHER: For more about WORLD’s book of the year, as well as some other noteworthy books in a number of categories, check out the new issue of WORLD Magazine.