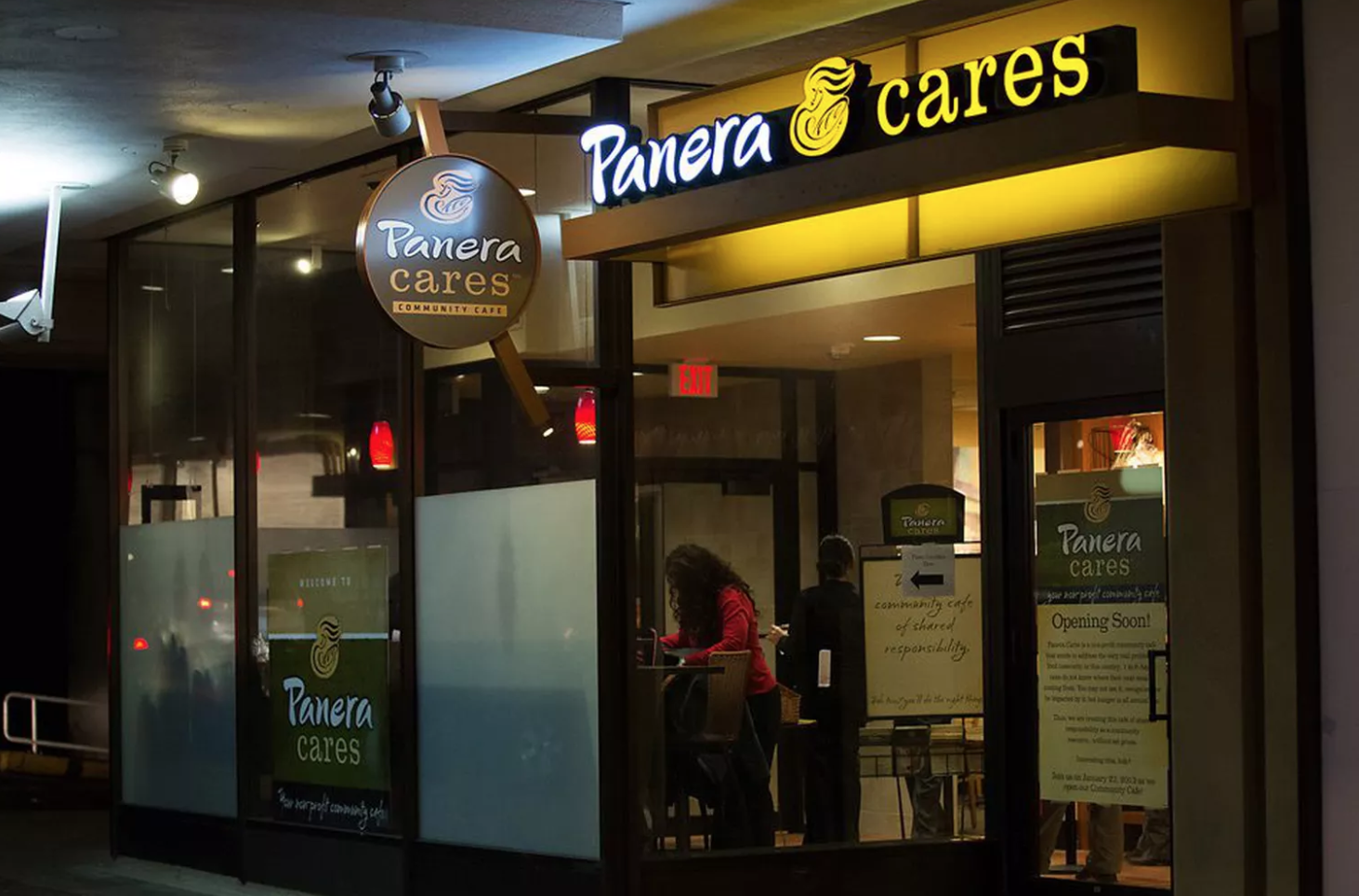 NICK EICHER, HOST: Today is Thursday, March 20th. Good morning! This is The World and Everything in It from listener-supported WORLD Radio. I’m Nick Eicher.

MARY REICHARD, HOST: And I’m Mary Reichard. Janie B. Cheaney now on the value of having a little skin in the game.

JANIE B. CHEANEY, COMMENTATOR: If you’ve never had lunch at Panera, you’re probably in the minority. Most of us are familiar with the warm green color scheme, the scattered tables where coffee-sippers stare at their laptops or gather for informal meetings. You’re familiar with the artisan salads and bagel selection, and know the indecisiveness of browsing the “You pick Two” board.  But if you have ever visited a “Panera Cares” store, you’re in an even smaller minority, because the last of them closed in January.

Panera Cares seemed like a noble experiment: Founder and CEO Ron Shaich was inspired by the “Pay What You Can” concept of restaurant management, especially as modeled by SAME Café in Denver. The acronym SAME stands for “So All May Eat,” and since 2006, SAME Café has been the gold standard for locally-sourced, community-based restaurants offering a sliding scale of prices.  Those who can afford it pay more, those who can’t pay less—or nothing.

Ron Shaich admired the concept so much he decided to duplicate it in his own restaurant chain. The first Panera Cares opened in Clayton, Missouri in 2010, followed shortly by one in Boston, and eventually three more. “Take what you need, leave your fair share” was the motto.

So, what happened? Immediately stores were swamped by high school students treating their friends and putting two or three bucks on dad’s credit card.  Some street people were eating every meal there. Company policy at first prohibited asking questions and making distinctions, but when employees began finding discarded needles on the restroom floor and blood on the wastebaskets, it was too late to enforce standards.  Most of all, regular customers didn’t quite catch the vision. The Journal of Business Ethics put it this way: patrons were being “responsibilized” to price their own morality, when all they wanted was a soup-and-sandwich combo.

The experiment illustrates the principle most well-intentioned benefactors discover too late: benevolence is complicated. That’s because people are complicated. Ron Shaich hoped his example would inspire other corporations to include “caring” in their bottom line, but in actual practice it may have worked the other way.

When restaurants like SAME Café do work, it might be because community begins in the neighborhood, not the board room. Those who can’t pay are asked to spend an hour bussing tables or washing dishes. That gives them a stake in the enterprise, rather than just helping themselves to the bottomless pockets of a multi-billion dollar corporation.

People are helped one by one, not by a local concept adapted to a corporate model. Corporations can and do good works by donating emergency supplies in a natural disaster, setting up scholarship programs, and funding neighborhood projects. But when it comes to folks sitting down together for a meal, maybe they should mind their own business.