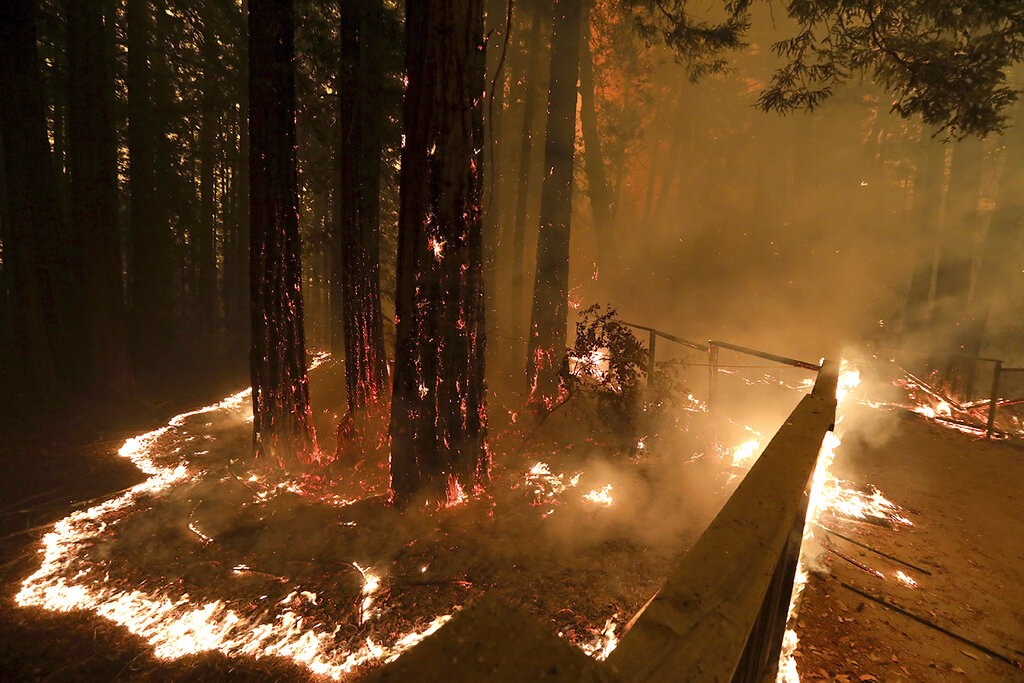 MARY REICHARD, HOST: Today is Wednesday, January 27th. Good morning! This is The World and Everything in It from listener-supported WORLD Radio. I’m Mary Reichard.

JANIE B. CHEANEY, COMMENTATOR: Fall rains and cooler temperatures have brought a reprieve from this year’s catastrophic wildfires, but climatologists agree that the West will remain a tinderbox for the near future. Some put all the blame on climate change, but others have been pointing, with increasing urgency, to federal management policies from the early 20th century, including a zero-tolerance policy toward all wildfires—stomping them out, wherever possible, by midmorning after the day they were spotted.

More experts are insisting it’s better to let normal wilderness wildfires clear out the undergrowth quickly with no permanent damage to mature trees. Controlled burns in farm country could create firebreaks that keep seasonal blazes from feeding on themselves.

So, why aren’t controlled burns and managed fires the policy? Ask almost any Western fire manager and he’s likely to sigh in frustration. To clear forests in California alone would mean burning upwards of one million acres per year. The current average is about 20,000. It can take months to jump the environmental hoops, and a planned burn can get shut down within hours because of smog levels or complaints by the neighbors. And there’s always liability: nobody pays for cancelling a burn, but a fire that jumps its boundaries can consume jobs and reputations, as well as millions of dollars.

Added to all that is environmentalism’s quasi-religious attitude toward nature that demonizes all forms of development, even responsible forestry. “[S]ocial political realities get in the way of doing a lot of what we need to do,” admits one Forest Service ecologist.

The first book of the Bible sums up “What we need to do” in one word: dominion. To the extreme environmentalist, dominion means domination. It’s actually much more than that. The earth is the Lord’s, but he granted humans the privilege and responsibility of caring for it—which means caring about it. Dominion generates creativity, innovation, order, and plenty. It’s the unseen foundation for science and technology. It’s participation in the ongoing creation narrative, open to any human being with a mind and a skill.

Environmental activists often cast humanity as the villain against a victim who’s fighting back. “Mother Earth is angry,” they say. But the fall that set humans and nature at odds didn’t cancel the dominion contract, just made it more fickle and fraught. While humans can be the cause of environmental degradation, they are more often the cure, gifted with the ability to self-correct and solve problems. One reason the Eastern U.S. doesn’t have massive, chronic wildfires is not just because it’s wetter, but because much more of it is privately owned. Farmers and foresters generally take better care of what belongs to them, benefitting the land as well as the landowner.

Federal land-management policy needs to change, but you still have dominion in your own backyard. Even a well-tended flower bed pleases man and glorifies the Lord.