Is China preparing to invade Taiwan?

Beijing’s military exercises have Taipei and its Western allies worried 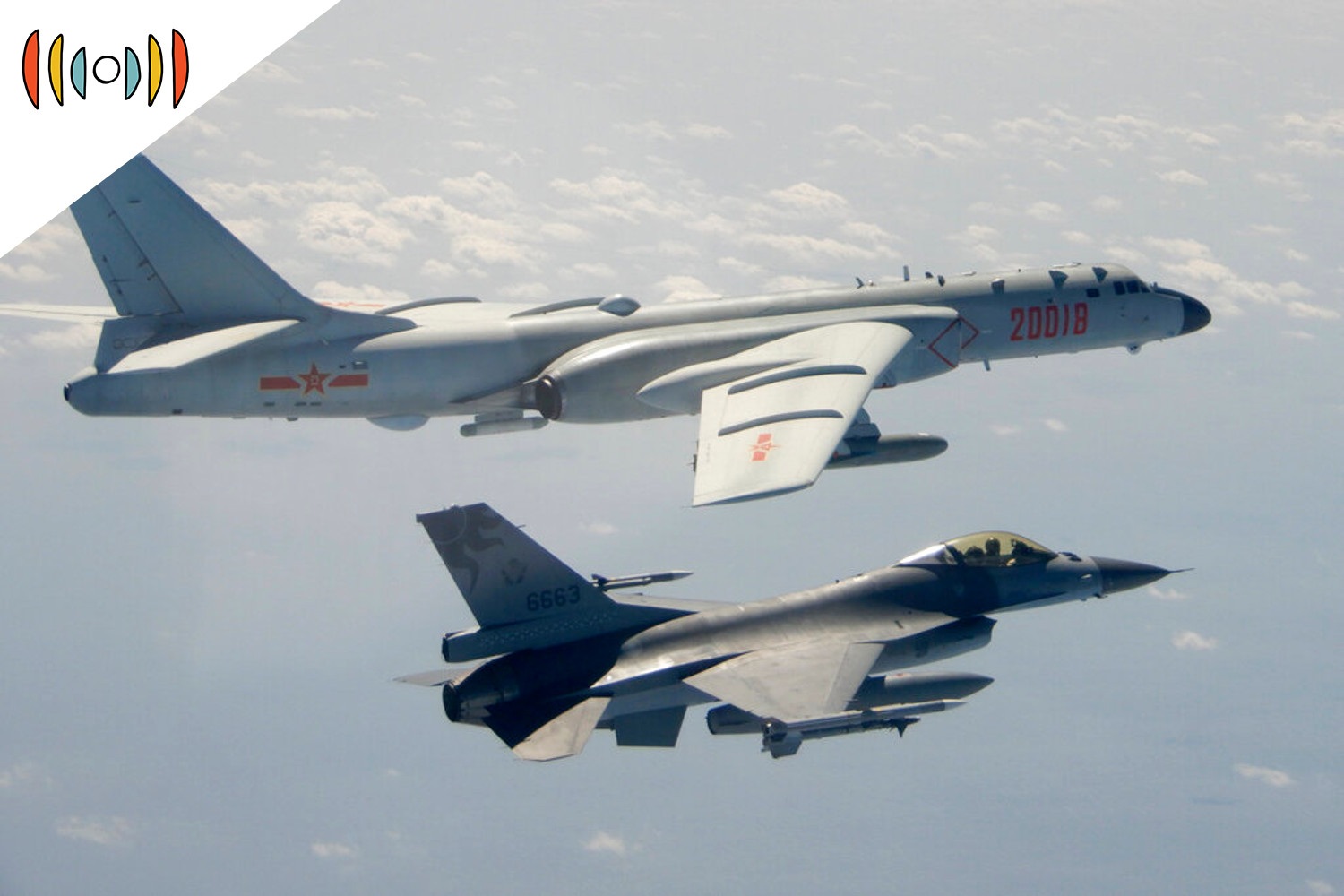 In 1949, Taiwan faced defeat during the Chinese Civil War. The Nationalist army escaped to Taiwan and set up a government in exile called the Republic of China.

Ever since then, communist leaders in mainland China have plotted to bring the island into Beijing’s fold.

REICHARD: The first threat of invasion came in 1950, but the Korean War scuttled those plans. After that the United States bolstered Taiwan’s military weapons. The island’s topography helps deter invasion, too: a rugged coastline with high waves and strong winds.

Meanwhile, China’s preparing for invasion or U.S. intervention. China’s invested heavily in ships, warplanes, missiles, and weapons, such that it now has the world’s largest navy.

Nobody knows what would prompt Chinese leader Xi Jinping to order an invasion. But U.S. and Taiwanese officials hope to hold him off by making sure they’re prepared for any possibility. WORLD’s Angela Lu Fulton reports.

The Taiwanese army quickly issued radio warnings, scrambled jets, and deployed air defense missile systems to track the Chinese planes. They eventually turned back but left behind lingering fear over the possibility of a future invasion.

PSAKI: We have been clearly, publicly and privately expressed, our concerns are growing concerns about China's aggression towards Taiwan. China has taken increasingly coercive action to undercut democracy in Taiwan. We've seen a concerning increase in PRC military activity in the Taiwan Strait, which we believe is potentially destabilizing.

DODD: I can say with confidence that the United States' partnership with Taiwan is stronger than ever. We share deep economic ties and mutual commitment to democratic values and a critically important security partnership.

China’s April 12th incursion was not an isolated incident. Beijing’s warplanes have breached Taiwan’s identification zone more than 70 times just this year. And Washington’s top military officer in the Asia-Pacific issued a dire warning in March: China could launch an invasion of Taiwan in the next six years.

But not everyone thinks an invasion is imminent. Russell Hsiao is executive director of the Global Taiwan Institute.

HSIAO: I do think they would still prefer to resolve and unify Taiwan without the use of military force. And it would do so largely through means of economic coercion, political warfare, psychological intimidation. And I think there are clear signs that China is ramping up its activities in those areas.

HSIAO: They are more intended, I think, to intimidate the Taiwanese people and also to constrain the resources of the Taiwanese government. And it’s also a signal to Taiwan’s partners, namely Japan and the United States, that if they were to intervene it could result in a military conflict.

But that doesn’t mean that some level of military clash won’t happen eventually.

HSIAO: While I think a full-scale invasion is unlikely in the near term, I’m concerned that conflict of a more limited scale is increasing. And such a scenario seems increasingly more likely especially as Beijing ramps up its military exercises around Taiwan and in doing so I think it raises the potential for miscalculation, for accidents that could precipitate a limited conflict.

In early April, Beijing sent one of its aircraft carriers and associated vessels to hold drills near Taiwan. Beijing said the exercises were meant to safeguard China’s national sovereignty, security, and development interests.

A few days later, the U.S. Navy sent one of its destroyers through the Taiwan Strait. A Chinese military spokesman condemned the move, saying it willfully disrupted the regional situation by endangering peace and stability.

But Taiwan isn’t just relying on Washington for protection.

Earlier this month, the island launched a new amphibious transport ship, a first for its navy shipbuilding program.

While the threat of invasion features prominently on local political talk shows, it hasn’t slowed the pace of daily life.

Pastor Alexander Wu says that’s because an invasion still doesn’t feel like a pressing issue, outside or inside the church.

WU: The possibility of an invasion doesn’t quite, right now at least, seem to play in the overall scheme of ministry in Taiwan. We’re just going to take day by day, each day at a time because I don’t even know how many days, that’s numbered for me. Whether there’s an invasion or not, it’s day by day to be faithful to that.

Wu leads Taipei’s Pearl Church and says China’s aggression isn’t something his congregation is asking him about. But if an invasion comes, Wu says the island’s people will defend their home.

WU: Taiwanese people will not run away. They would hold to this land, and for generations this land has been occupied by different nations. As a people they have been resilient for generations.