Scotland considers pulling out of the U.K. after it pulls out of the EU 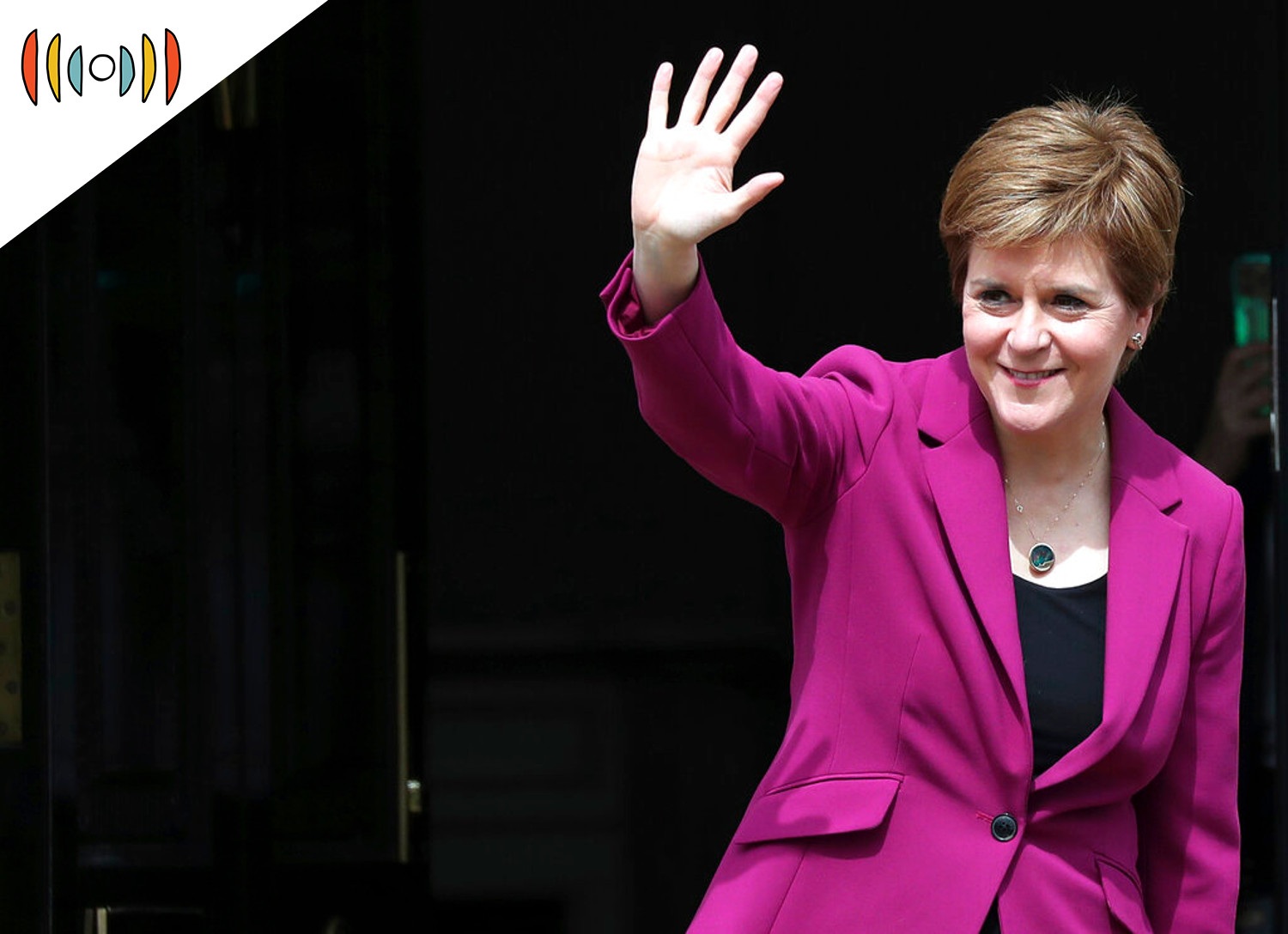 MYRNA BROWN, HOST: Up next, could Brexit be followed by a “Scexit”?

Whether Scotland will push to exit the U.K. is one of the big questions facing a post-Brexit Britain.

A second Scottish independence referendum is “a matter of when, not if.” That’s what Nicola Sturgeon told British Prime Minister Boris Johnson on Sunday.

Sturgeon is Scotland’s first minister and leader of the Scottish National Party.

She told reporters that she can’t say when a vote will happen because right now, her focus is elsewhere.

STURGEON: I indicated in our manifesto that if the COVID conditions allow, I would like that to be in the first half of this parliamentary term, but COVID comes first. The country getting through and out of this crisis comes first. When I said that in the campaign, I meant it.

MARY REICHARD, HOST: Final results of last Thursday’s local elections showed that the Scottish National Party won just under 50 percent of the seats in the Scottish Parliament, one seat short of a majority. But the parliament still has a pro-independence majority. That’s because eight members of another political party, the Scottish Greens, joined them.

Sturgeon said the election results proved that a second independence vote for Scotland was “the will of the country.” She added that any London politician who stands in the way is “picking a fight with the democratic wishes of the Scottish people.”

Well, here now with more insight on the possible “Scexit” facing Britain is Dr. Glen Duerr. He teaches International Studies at Cedarville University. Professor, thanks for joining us!

Well, here now with more insight on the possible “Scexit” and other challenges facing Britain is Dr. Glen Duerr. He teaches International Studies at Cedarville University. Professor, thanks for joining us!

DUERR: Thank you for having me.

REICHARD: Well, it’s pleasant to the ears, I can tell you that. First of all, please explain the relationship between Scotland and London. Scotland is part of the United Kingdom, but it is what’s known as a devolved nation. Wales and Northern Ireland are also devolved nations within the UK. What does that mean?

REICHARD: So Scotland has a fair amount of autonomy, I gather, but many Scottish citizens want to break away from the UK all together. When did the first Scottish referendum take place and how close of a vote was that?

DUERR: To go back to your original question, the United Kingdom has four constituent parts: England, Wales, that was the joined in the 13th century by force. It was codified with two acts of union 1534 and 1543. The Scottish then joined the union in 1707. They actually went broke for a range of reasons. And then Ireland was admitted in 1800, although there have long been an English presence in Ireland. And so those four parts are together in the Union.

The first independence referendum was in September of 2014. The vote was 44.7 percent in favor of independence. And it was a really long and arduous campaign, very well fought, but ultimately the remain or the union side ended up winning, even though the Scottish National Party then held a majority in the parliament following the 2011 Regional election. And so there's a history of having referendums to decide independence, but there's nothing that's codified that says they have to do it again.

MR: If Scotland does vote to break away from the UK, what will that mean? Would that be a process similar to what we just saw with Brexit?

DUERR: Probably something along those lines, and frankly, there are very few cases in world affairs that give us examples. We have Czechoslovakia, the velvet divorce in 1993. That is an example. But then elsewhere, really it's under authoritarian regimes. Montenegro is an instructive case that gained its independence from Serbia in 2006, and it had a referendum for independence. But in all likelihood, it would be something Brexit-like. It would probably be a fairly long and arduous situation. The question is whether the revolt's close. If it's a 50.1% in favor of independence, I imagine that it could go to some form of international arbitration. But in all likelihood, if it's set as a 50% plus one vote, then independence would be expected and forthcoming. But it's also hard to say. It's plausible that the union could be reconfigured, that Scotland could be under some form of federal model or given even more power than London to govern its affairs, but still within the UK. There are a range of different us possibilities, although in all likelihood, it would become the 194th member state of the United Nations.

REICHARD: Final Brexit question for you. What’s the latest on a new trade deal between the United States and the UK?

DUERR: It's taken very much a back seat recently with the new Biden administration under Trump, and with the relationship between President Trump and Prime Minister Boris Johnson, it was expected that there would be a fast track negotiation. But under President Biden it's really taken a backseat. Biden is looking at a range of other issues on the foreign policy front. And a free trade agreement with the UK really is not front and center of his administration. And so in all likelihood, the date 2023 has been given as an earlier stage to revive talks and potentially get a trade deal between the United Kingdom and the United States moving forward. So, for Prime Minister Boris Johnson, it's unfortunate from his viewpoint, because he it would have been a major victory and a quick one post-Brexit. But it looks like it's going to take a fair bit more time now.

REICHARD: Professor Glen Duerr has been our guest. Professor thanks for your time and your insight! Really appreciate it.

DUERR: My pleasure, thank you so much for having me.