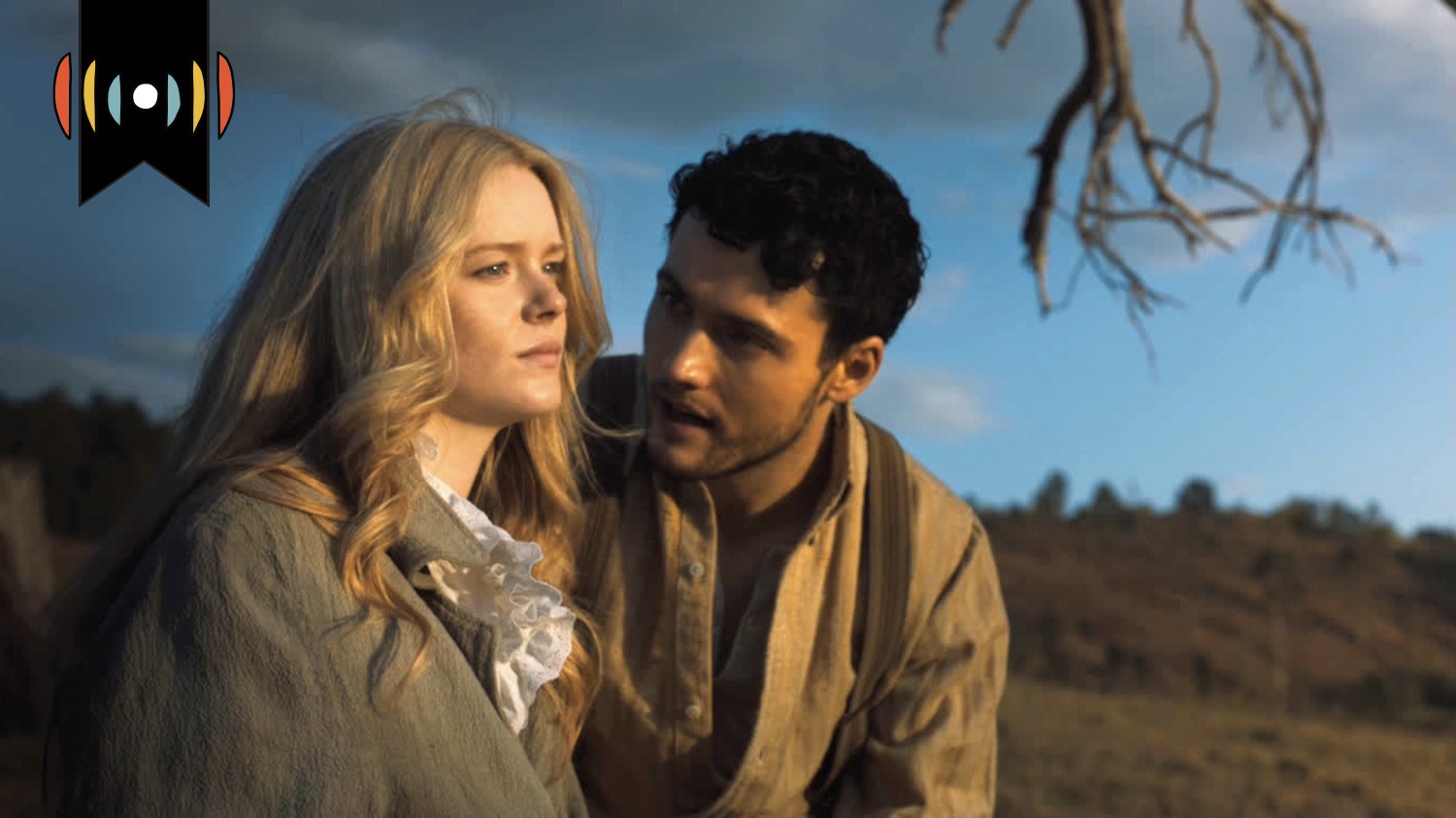 MYRNA BROWN, HOST: Today is Friday, January 28th. Thank you for turning to WORLD Radio to help start your day.

NICK EICHER, HOST: And I’m Nick Eicher. Coming next on The World and Everything in It: Redeeming Love.

Fans of Christian romance novels will instantly recognize that title. Francine Rivers published the book in 1991. Since then, it’s sold more than 3 million copies. And fans have long hoped to see it on the big screen.

BROWN: As of last weekend, they can. But reviewer Collin Garbarino says many probably shouldn’t. And just a word of caution for parents—want to give you a heads-up—this review discusses subject matter that probably isn’t suitable for younger listeners.

So let me give you a quick moment to hit the pause button if you choose to.

COLLIN GARBARINO, REVIEWER: Redeeming Love is a retelling of the Biblical story of Hosea. He’s the prophet told to marry a prostitute to show how God has entered a covenant with faithless Israel.

The story is set during the California Gold Rush. Angel, played by Abigail Cowen, is the prettiest prostitute in a small mining town called Pair-A-Dice. She’s so popular the brothel holds a lottery each day to see who will get the chance to hire her. Tom Lewis, in his first feature film, plays Michael Hosea, an upstanding local farmer with impeccable Christian principles. And just like Hosea in the Bible, Michael decides God wants him to marry the prostitute.

Michael: Who is she?

Michael: I have to meet her.

Michael pays double to buy Angel’s time, but he just wants to talk. She initially rebuffs his proposal, but in the end, she agrees to marry him and move to his farm 20 miles away. Angel struggles to believe she’s worthy of love and abandons Michael more than once before the story’s inevitable happy ending.

Angel: You’re going to marry me—take me away from here? Give me the life I deserve?

Devoted fans of Francine Rivers’ book will probably enjoy seeing it on screen. But I left the theater feeling conflicted.

On the one hand, the film feels like a step forward for faith-based entertainment. It’s distributed by Universal Pictures and boasts higher than usual production values. On the other hand, it’s not without problems. And most importantly, it includes some major stumbling blocks for Christian audiences.

The sets, costuming, and cinematography are all quite good. Director D. J. Caruso, who’s best known work is a Vin Diesel action movie, does a good job with the material. But the movie probably should have been about 20 minutes shorter. The dialogue was only occasionally heavy handed, and I found myself pleasantly surprised at the acting, despite the fact that British actor Tom Lewis delivered his lines in an American accent that sounded like an impersonation of Matthew McConaughey.

The movie seeks to separate itself from other faith-based films with an authentic grittiness, and all forms of human depravity are on display, some of them quite graphic. We should expect depictions of adultery and fornication in a movie about prostitution. But we also see lying, theft, greed, murder, suicide, incest, abortion, pedophilia, abuse, enslavement, arson, and vigilantism. The language is relatively mild, but some viewers will struggle with the violence and disturbing subject matter. I certainly don’t recommend taking children or teenagers.

Michael: The truth is, I didn’t come here for that.

Redeeming Love also tests the limits of its PG-13 rating with prolonged scenes of partial nudity and sensuality. When Angel and Michael first meet, she walks around the room naked trying to tempt him.

Paul: She just does not love you. She’s using you.

Michael: You have no idea who she is.

We see her from behind. We see her partially reflected in a mirror. We see long shots of Angel with her hair artfully arranged to conceal the parts of her body that would get the film an R rating. Caruso attempts verisimilitude, but the scene distracted me because no one’s hair stays in place like that unless it’s been glued down. The film also contains two surprisingly long sex scenes. Clever camera work and Michael’s hands obscure full nudity.

The film’s script also contains some structural problems. As a character, Michael hurts the story because he’s just too good to be true. In a movie that’s meant to be realistic, Michael … isn’t. His unwavering righteousness sucks the narrative tension from the movie because we don’t ever wonder how he will react. Michael is a stand-in for the Bible’s Hosea who is ultimately a picture of Jesus. So perhaps making Michael less than perfect wasn’t an option. But this approach turns the story into an allegory, and allegories aren’t easy to make.

As an allegory, Redeeming Love fails to depict the redemption found in the Book of Hosea and the New Testament. Hosea’s wife is a prostitute who symbolizes the unfaithful people of Israel, and in the New Testament, unfaithful Israel symbolizes sinners redeemed by Christ. But in the movie, Angel isn’t really a sinner; she’s a victim. It’s true that Christ makes whole that which is broken, but that’s different imagery that doesn’t work with the storyline.

It also makes it all the more infuriating when Michael refuses to pursue his wife at the movie’s end, claiming she must exercise her free will. The blurred lines between sin and damage and redemption and saving oneself leave the movie with a confused message. And that confused message fails to redeem its relentless and less-than-entertaining depictions of immorality.