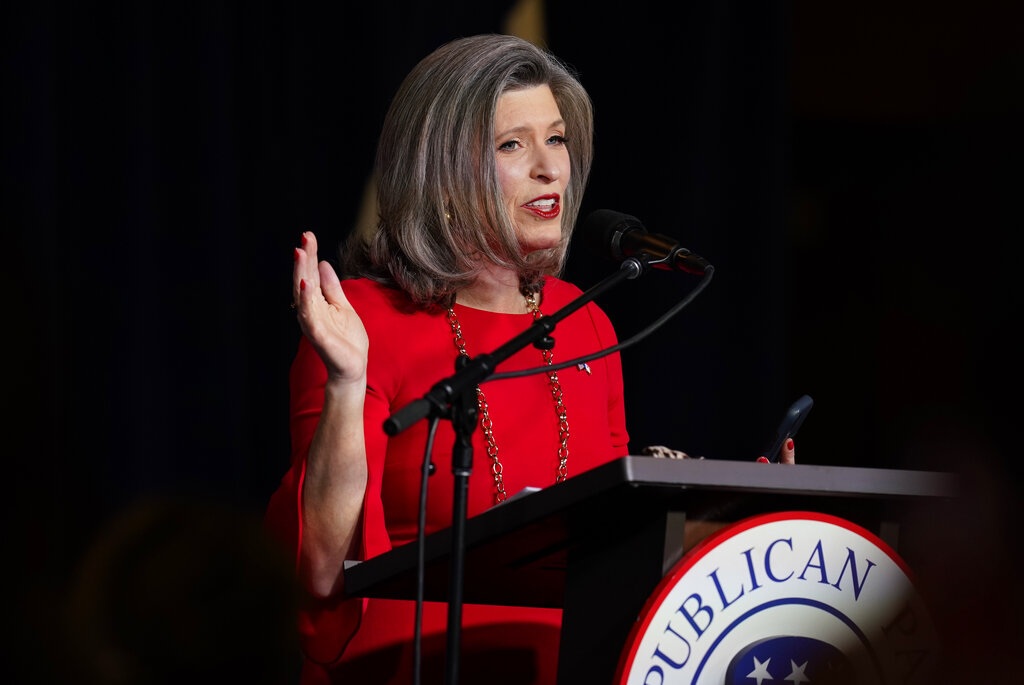 MARY REICHARD, HOST: It’s Thursday, the 5th of November, 2020. Glad to have you along for today’s edition of The World and Everything in It. Good morning, I’m Mary Reichard.

MYRNA BROWN, HOST: And I’m Myrna Brown. First up: the battle over the Senate.

Heading into Election Day, most polls favored Democrats to take control of the upper chamber. Democrats picked up two seats in Arizona and Colorado. But Republicans hung on to key seats in Iowa, Maine, and Montana. Senate control may well come down to close races in Georgia and North Carolina.

REICHARD: So how did the tide turn to wipe out that projected blue wave? WORLD’s Sarah Schweinsberg talked to experts to find out.

SARAH SCHWEINSBERG, REPORTER: As Tuesday night progressed, it became clear Democrats would not have an easy path to take over the Senate. The party needs to net four seats to take the majority.

ERNST: I’d also like to say something to every Iowan whether you supported me or not. We need to turn down the rhetoric and start listening once again.

Ernst won by a 4 point margin. That even though almost every major poll for weeks had her losing by up to 6 points.

And that wasn’t the only surprise GOP victory.

She defeated Democrat Sara Gideon by 7 points. Again, for weeks, pollsters had Collins losing by as much as 8 points.

She celebrated with supporters yesterday.

COLLINS: Let me say what an extraordinary honor it is to represent the great state of Maine…

Democrats also hoped to pick up a seat in Montana, but Republican Senator Steve Daines won his bid for re-election there as well.

Heading into Tuesday, polls predicted a toss up, but he won by a comfortable 10 points.

Karlyn Bowman is a political analyst at the American Enterprise Institute. She says these outcomes surprised analysts like her.

BOWMAN: The polls suggested to all of us that this is going to be a very good, good night for the Democrats. It doesn’t turn out to have been.

Whit Ayres is an analyst at North Star Opinion Research. He says in other contested states, Republicans won by even wider margins than expected.

AYRES: There were a number of other Republican senators that I thought would be pushed more than they were in their races.

Those candidates include longtime South Carolina Republican Senator Lindsay Graham who won by 10 points. Last minute polls projected he’d have the edge by just 2 or 3.

Republicans gave Democrats a run for their seat in Michigan, even though polls predicted Democrat incumbent Gary Peters would beat Republican challenger John James by at least 5 points.

As of Wednesday evening, unofficial counts had Peters leading James by just 15,000 votes—less than half a percentage point.

So what happened? Karlyn Bowman says the polls just got it wrong again.

BOWMAN: I don’t know whether it’s a systematic problem of the polls, if they’re under representing some groups and over representing others. That’s possible. I don’t think we know yet. But the polling error is very significant. So I think that there’s going to be a lot of soul searching in this business.

Noah Weinrich works with Heritage Action, a Conservative advocacy non-profit. He says Conservative messaging could have captured more voters in the days before the election.

WEINRICH: We think that issues of safety and security are very important to voters. And so when candidates say that they are going to provide for safety and security, they support law enforcement, that kind of message has a real effect for voters.

KELLY: Tonight it’s not about celebrating. Tonight is about getting to work. Some of you watching tonight didn’t vote for me. And that’s OK. I’m going to be your senator too.

As of Wednesday night, Republicans hold a 48 to 45 majority in the Senate but, of course, it’s too soon for the GOP to declare victory.

Ballots are still being counted in North Carolina and Michigan. And Georgia has one senate race headed to a runoff in January.

Noah Weinrich at Heritage Action says the surprise senate outcome goes to show in the end everything comes down to a candidate’s platform.