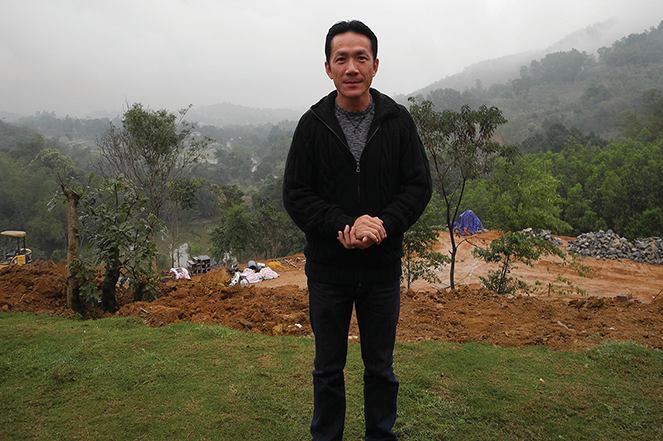 MARY REICHARD, HOST: And I’m Mary Reichard. Today on The World and Everything in It, the next in our series on the 2018 Hope Awards for Effective Compassion.

Up next, our international winner—a Christian rehab ministry in Vietnam’s capital city. WORLD Radio’s Paul Butler has the story.

But behind the bright lights, dramatic coasts, and verdant hills lurks a growing national crisis. Hanoi, like the rest of Vietnam, has a drug addiction problem. Opium and heroin are the most common, but amphetamines, crystal meth, and marijuana are also prevalent. The government reports more than 210,000 registered addicts, and that number is growing by about 10 percent a year.

In response, Vietnam runs hundreds of mandatory drug rehab centers. They’re more like prisons than hospitals, and not very effective. Government documents show a very low success rate, as more than 70 percent of the addicts treated return to using drugs.

One such addict was Nam Quoc Trung. He was in and out of state-run treatment programs more than a dozen times.

TRUNG: [In Vietnamese] Describing life as an addict

Trung was from a wealthy family, and started as an adrenaline junkie—just looking for a thrill. But over 16-years of addiction, he says he became like an animal, destroying both himself and others. At one point he even kidnapped his own infant daughter for ransom so that he could purchase the drugs for his next high.

But in 2006, Trung met a friend and former addict. The friend invited him to enroll in a Christian rehab center.

During the first two weeks of the program, Trung devoured the Word of God. Soon, he realized that his thoughts, and appetites, were changing: Christ was working a miracle in his life.

He graduated from the two-year program in just three months, and began helping others trapped by addiction. Three years later, Trung started his own Christian rehab center, the Aquila Center, near Hanoi.

The treatment plan is pretty simple: help from former addicts, dormitory living away from family and friends, prayer, and Scripture reading.

The schedule is rigorous. Every day begins with morning devotions at 6:30—before breakfast. That’s followed by group Bible study from eight till ten, then work till lunch. Each person has his own responsibilities around the center—landscaping, cleaning, or cooking.

After lunch they meet in small groups for additional Bible study and prayer before afternoon sports. After dinner they have an hour and a half of free time before attending an evangelistic Alpha course and group prayer. The day ends with a 9:30 curfew.

The program immerses recovering addicts in the Word of God. Trung estimates they spend about six hours a day reading the Bible.

But many who enter the Aquila Center are resistant to Christianity, at least at first. 38-year old Kim Loan Thi Huynh is a program graduate.

HUYNH: I felt really uncomfortable in a Christian community, I didn’t know what these people were doing, praying, this made me uncomfortable.

Huynh’s mother is Vietnamese, but Kim grew up in Australia.

HUYNH: Two years ago I was injecting to die. I’d inject, then I’d do more drugs, then I’d drink, I’d vomit, then I’d take more drugs…I just wanted to destroy myself.

When all other treatments failed, her Buddhist mother determined to send her to the Aquila Center.

HUYNH: My Mother tricked me to come here…

Hyunh arrived in Hanoi believing it was a two-week vacation, but instead, her mother hid her passport and enrolled her in the Christian program for women. Within two weeks, Huynh professed faith in Christ.

HUYNH: I’m a new person, inside and out. I can’t believe it. Everything that’s happened is God’s hand.

After ten months in the program, she returned home to Australia. She began speaking at events and seeking forgiveness from those she hurt. Impressed by the changes in her daughter’s life, Huynh’s mother accepted Christ.

Late last year, Kim returned to the Aquila Center to help other women struggling with addictions. She tells her story often.

HUYNH: I don’t know why I cry every time I tell my testimony, not because I’m sad about what happened to me…I’m so grateful for it actually, because without all that, I would not have needed God. And today I am so happy…these are tears of gratitude.

The Aquila Center currently houses 60 men and 30 women, making it the largest Christian drug rehab center in Vietnam. It is the only one helping female drug addicts.

The government doesn’t recognize the Aquila Center as a registered rehab facility, preventing it from raising funds within the community like other secular treatment centers, but the ministry is growing. Earlier this year, the center layed a foundation for a new dormitory, and Trung is introducing vocational training to the program.

The ministry reports 90 percent of participants continue going to church and stay off drugs after they leave. That success rate has drawn the attention of government officials.

AUDIO: Sound of Light For a Path ministry

AUDIO: Sound of Light For a Path ministry

When asked about the secret for true recovery and success, Trung says “we have Jesus Christ. Without Christian drug centers, all these men and women would continue to be a drain on society, but instead they are now contributing.”