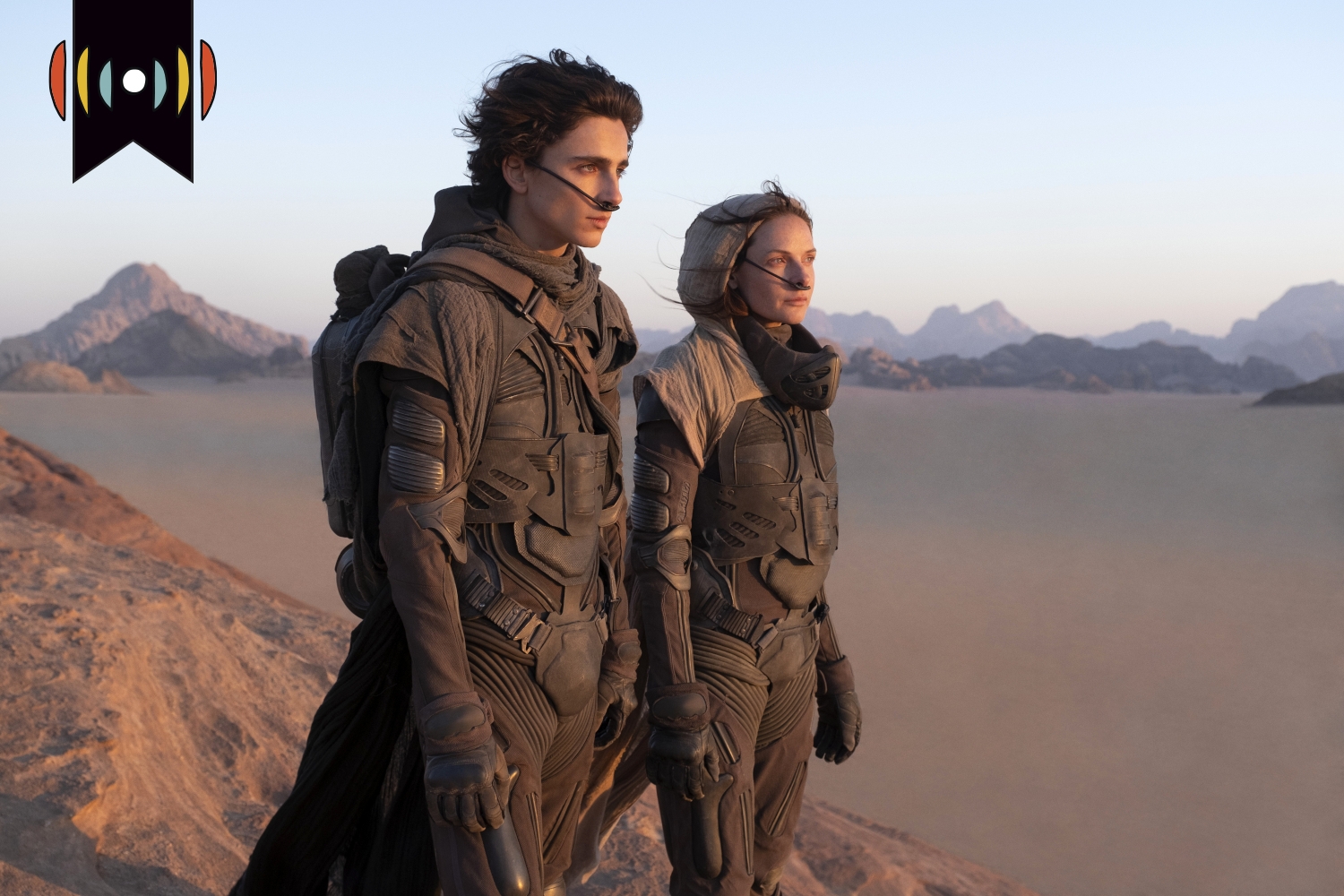 MYRNA BROWN, HOST: Today is Friday, October 22nd. Thank you for turning to WORLD Radio to help start your day.

Coming next on The World and Everything in It: a much-anticipated epic sci-fi film. Reviewer Collin Garbarino will tell you all about it.

COLLIN GARBARINO, REVIEWER: Fans have been dreaming of a worthy screen adaptation of Frank Herbert’s best-selling science-fiction novel Dune since its publication in 1965. In the 1970s Alejandro Jodorowsky tried adapting the novel, but the project never began filming. David Lynch’s 1984 version with its incoherent plot and irritating voiceovers disgusted fans and critics alike. In 2000, the Sci Fi Channel aired a three-part miniseries that stuck to the book’s narrative but failed to capture its grandeur. But with director Denis Villeneuve’s new film, debuting today in theaters and on HBO Max, Herbert’s classic finally gets the screen adaptation it deserved.

CHANI: My planet Arrakis is so beautiful when the sun is low. Rolling over the sands you can see spice in the air.

Dune is set thousands of years in the future, and humans have spread themselves across the galaxy. Paul Atreides, played by Timothée Chalamet, is a noble-born young man. His parents Duke Leto and Lady Jessica, played by Oscar Isaac and Rebecca Ferguson, rule the lush and beautiful planet Caladan. But from the beginning, viewers realize Paul isn’t your typical lordling. He’s the culmination of many people’s plans. He’s to be the chosen one, a messiah figure.

PAUL: There’s something awakening in my mind. I can’t control it.

REVEREND MOTHER: What did you see?

The gears of political intrigue start moving when the galactic emperor instructs Leto to accept the desert planet Arrakis, aka “Dune,” as his fiefdom. Arrakis will enhance the duke’s power because it’s the only source of spice—the most valuable commodity in the universe. Spice stimulates the mind, allowing its users to experience altered states of consciousness, and it’s the secret to the spacing guild’s interstellar travel.

LETO: The emperor asks us to bring peace to Arrakis. House Atreides accepts.

The monstrous Baron Harkonnen, played by Stellan Skarsgård, once ruled Arrakis. He exploited the planet for its spice and oppressed its native inhabitants. These natives call themselves Fremen. They live in Dune’s harsh desert and have learned to become the universe’s ultimate survivalists.

CHANI: The outsiders ravage our lands in front of our eyes. Their cruelty to my people is all I’ve known. [woman chanting] What’s to become of our world?

Duke Leto hopes to profit from the spice trade, but he also hopes to cultivate an alliance with the Fremen. He sees these fiercely independent people as a means to secure his family’s position. But the Harkonnens spring their trap faster than the wary Atreides anticipate.

GURNEY: Get everything with guns off the ground! Go!

PAUL: This is an extermination. They’re picking my family off one by one.

Don’t expect resolution to the Harkonnen-Atreides war: This movie is only part one of two.

REVEREND MOTHER: You inherit too much power. You have proven you can rule yourself. Now you must learn to rule others. Something none of your ancestors learned.

PAUL: He’s getting a richer one.

REVEREND MOTHER: He’ll lose that one too.

Spacing guilds? Intergalactic feudalism? Space messiahs? If you’re thinking Dune must spend many of its 153 minutes on world building, you’d be right. Herbert wrote countless pages explaining the intricacies of his universe’s politics, religion, and customs. But Villeneuve doesn’t make it too tedious for us. He drops his viewers into this fully realized universe with just enough exposition about background matters to keep those unfamiliar with the book from getting lost.

But the movie preserves the book’s exploration into how politics exploits religion and how religion can sometimes exploit politics. Paul’s destined to be a messiah, but don’t expect him to be a Christian one. Paul’s story was inspired by the colonial European powers’ subjugation of Islamic culture.

Chalamet seems born to play Paul Atreides. He’s brooding and beautiful, and he possesses an air of one resigned to wielding great power.

PAUL: Dad, what if I’m not the future of House Atreides?

LETO: A great man doesn’t seek to lead. He’s called to it. But if your answer is no, you’ll still be the only thing I ever needed you to be. My son.

The rest of the cast deliver equally excellent performances. Isaac projects doomed nobility, Skarsgård gluttonous villainy. Ferguson has the haunted look of a woman who knows she can’t protect those she loves. Jason Momoa’s Duncan Idaho is the only cheery character in the film, but his smiles and jokes reinforce the film’s feeling of dread rather than inject levity.

DUNCAN: Look at you, put on some muscle?

Every scene carries a seriousness that becomes oppressive, but don’t let the movie’s gravitas dissuade you. Dune is a beautiful movie about the resilience of the human spirit in the face of oppression.