In sickness and in health

WORLD Radio - In sickness and in health 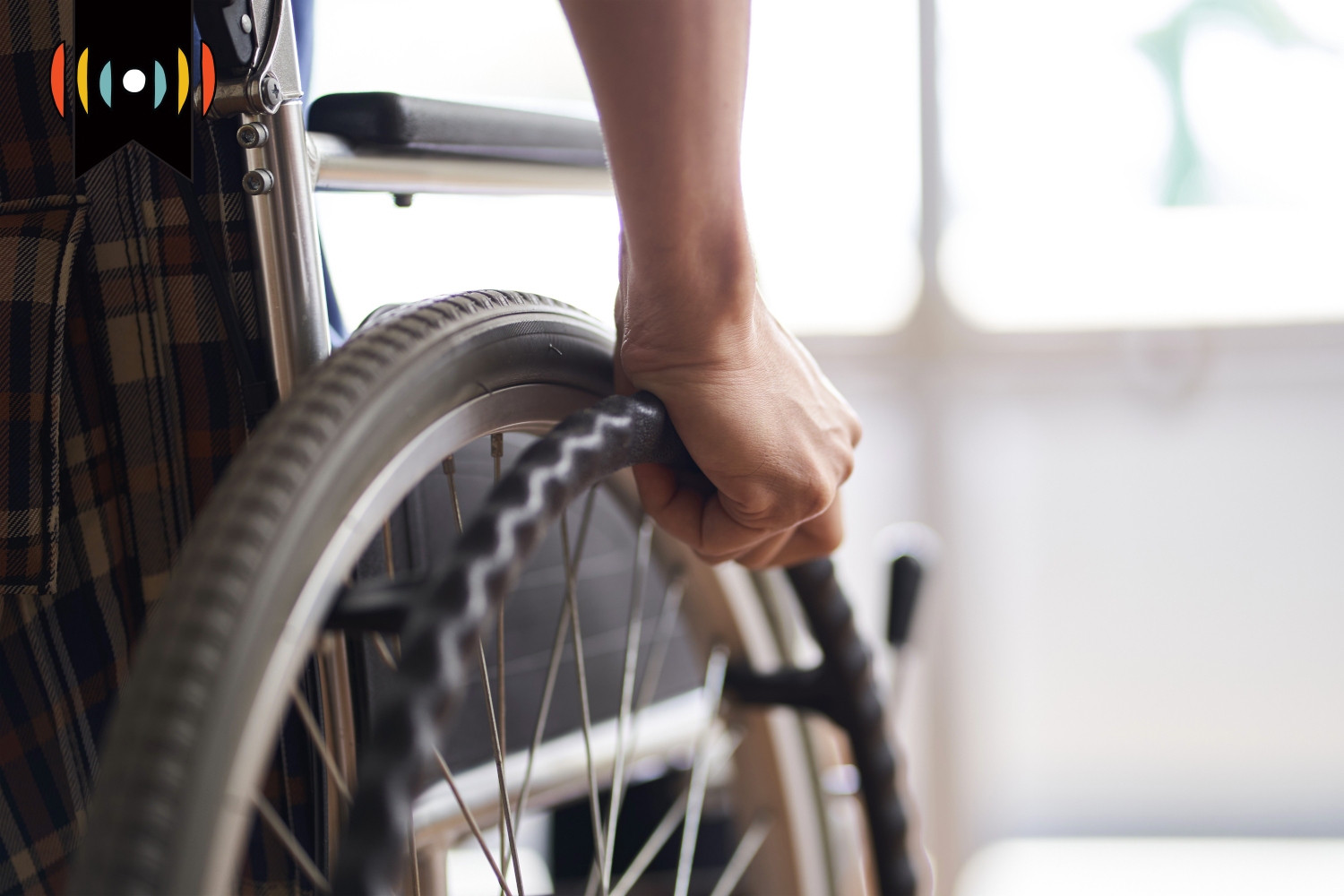 NICK EICHER, HOST: And I’m Nick Eicher. Coming up next on the World and Everything in It: Caregiving part two!

November is National Family Caregivers Month. Yesterday, we introduced you to Steve and Angela Chapman. Angela has been Steve’s caregiver for more than half of their marriage.

BUTLER: We asked them to use their smartphones to candidly record parts of their day. In part 1 we heard from Angela about life as a caregiver. Today, WORLD Senior Correspondent Myrna Brown picks up the story from Steve’s perspective.

STEVE: Alright, it is Thursday, and the alarm just went off and I’m awake.

MYRNA BROWN, REPORTER: 50-year-old Steve Chapman is a Georgia transplant from Kentucky, with a slow drawl but a quick wit.

STEVE: So, that is why I sound very country and I talk slow.

The two were married in 2000. Two year later, a then 31-year -old Steve was diagnosed with Multiple Sclerosis. Their daughter Abby was born in 2003 and Jonathan came three years after that. By 2010, Steve could no longer walk. In 2012 they had to move out of their traditional two-story home and settled into the basement-rancher they have today. Inside their spacious aqua-colored bedroom, Angela is helping Steve into dry clothes.

STEVE: Since the pad’s wet, my shirt’s wet so we will have to take the shirt off. Now we’re rolling over… and now my shirt’s off. She’s finishing cleaning me up. Mornings like this I feel it’s frustrating and embarrassing… But you deal with it and get over it.

The catheter extension Steve uses has made him sore. But it’s nothing a few dabs of medicine won’t cure. Before long, they’re back on their rigorous schedule and the morning sun, pouring through the kitchen window slowly fades into afternoon shade.

MYRNA TO STEVE: Steve when Angela leaves and you’re there by yourself, what goes through your mind? STEVE: Probably the first thing that goes on my mind… what’s on TV today? Or is there a replay of a football game because that will take up about three hours.

Other than occasional visits from family and friends, Steve says most days home alone are filled with dogs and boredom.

STEVE: I mean talking to dogs often is not a good thing because they sometimes act like they understand.

It’s 3:30 and Angela is just arriving from a full day’s work at her family-owned business. Steve is hungry for engagement.

ANGELA/STEVE CONVO: I’ve got to get some groceries out of the car. You need help? No, but do you think you can help me do some invoices? I can. If I set the computer up while I’m getting dinner started? Sure. You think I can go out with you and get a drink? You can, or you just want me to grab it for you? Whichever.

As I listened to that conversation, I noticed Steve’s insistence on helping with the groceries and Angela’s reluctance. So I asked them to elaborate.

STEVE: I get tired of just standing around and watching everybody else do stuff. I may not be able to hold a lot of things, but I’ve got a hook on the back of my chair.

ANGELA: Because my schedule is so crazy and I’m always rushing to do one thing after the other, and I’m tired a lot of times. I just don’t want him to help because I know that it’s going to take longer. But there are times when he’s just…I can tell where he’s getting to a point where his emotions…he’s tired of being by himself and stuck in the house, so I’ll take him to work with me just to have some social interaction…so that he feels useful.

ANGELA: Hey kids, can you all help me get daddy in bed… Arms up ready set…. Go.. okay.

While the Chapmans are still learning how to navigate the challenges of long-term illness and caregiving demands, conflicts are never far away. But at the end of the day, they say they’re thankful their family’s foundation is built on solid ground.

ANGELA: Gonna hop in the shower. Ok (smooch) Love you. Love you, too.

STEVE: The biggest reason that we’re still together is the vows that we took or gave to each other, it was for sickness and in health, for richer for poorer. The biggest thing is we promised each other but more importantly we promised God. And we’re going to be together till death due us part ….or Angela kills me.