In search of shad

WORLD Radio - In search of shad 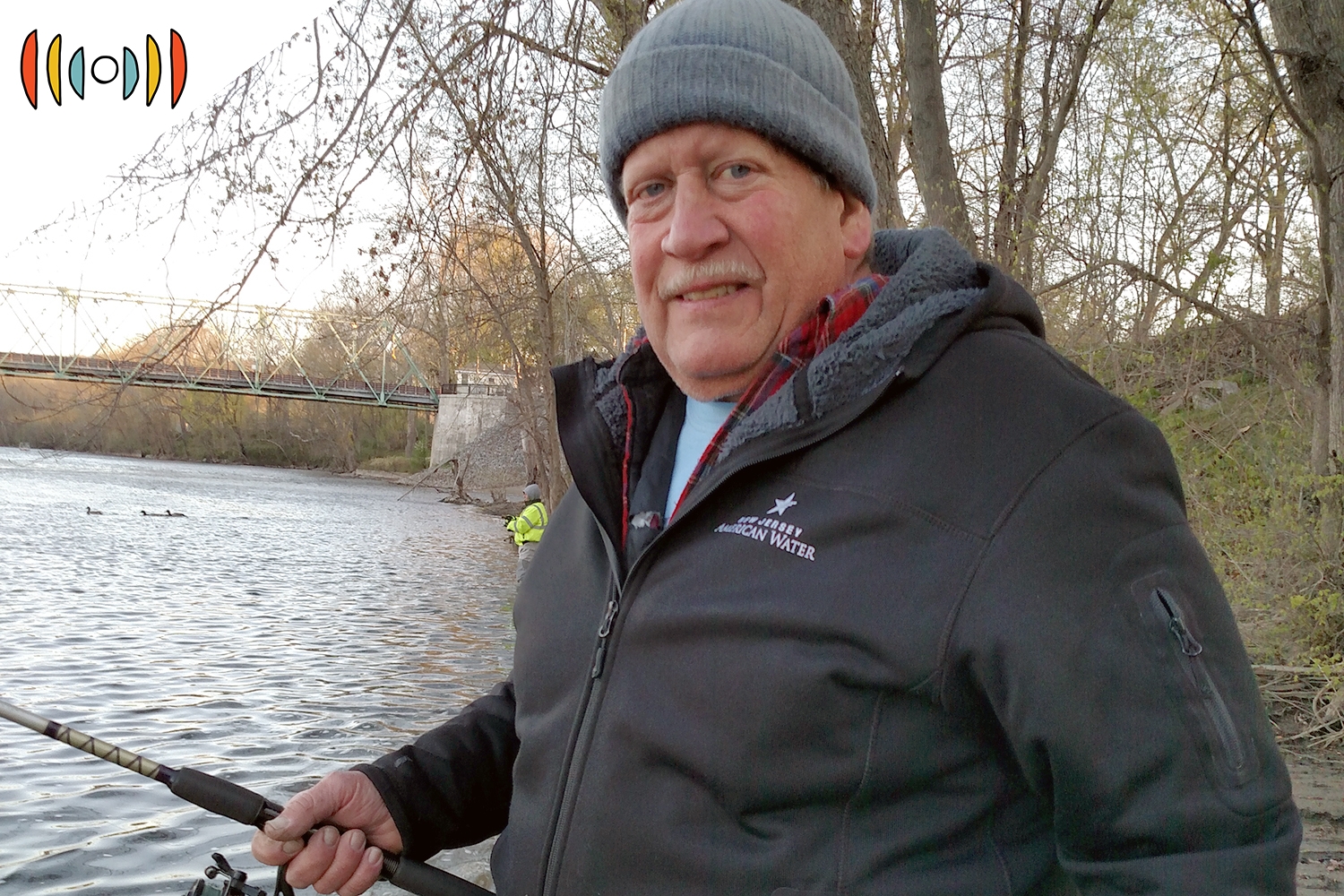 Whenever they see shadbush and shadblow trees begin to bloom, mid-Atlantic anglers know exactly what to do, even if I don’t quite know.

They grab their fishing poles. They tie on their shad darts and flutter spoons, and head for the Delaware River.

It means: The shad are in the river!

WORLD sent our reporter to catch the start of the annual Bi-State Shad Fishing Contest and if you’re like Myrna and me and you’ve never heard of such a thing, do not worry: Correspondent Amy Lewis will explain what it’s all about.

AMY LEWIS, CORRESPONDENT: A chatty group of 40 fishermen and -women gathered April 19th for a pre-contest party at the Riverton Hotel in Bangor, Pennsylvania. So far this season, shad fishing on the Delaware River has been pretty good. The anglers swap “the ones that got away” stories and more than a few shad-fishing tips.

They look forward to the contest. Who wouldn’t? Its grand prize is a whopping $20,000. Plus, there’s a chance at winning an 18-foot Yamaha jet-boat. As if they need it, prizes give anglers from as far away as Nevada and Colorado extra motivation to fish for the contest’s four days.

Eric Fistler organizes the annual event. He’s been at it 11 years now. He checks the fishing conditions each year before the tournament.

ERIC FISTLER: They’re back big time. I was out with my brother the other day and we caught over 70 shad in six hours. Yeah, on a good day you can get a hundred.

Anglers can keep up to three shad. Even though shad’s Latin name means “most delicious,” people compare them to eating the inside of a porcupine because of their 3,000 bones. Recently retired Rod Pensack is one of the contestants. He grew up on the banks of the Delaware River in Belvidere, NJ. He’s been fishing for shad since he was 7.

ROD PENSACK: We like to try and practice catch-and-release, too, just to keep the numbers up and not wastefully kill 'em and have 'em die. So we try and return 'em, as many as we can...

During the contest, whenever fishermen like Rod Pensack catch a fish, they weigh it and check the Bi-State Shad Facebook page. Organizer Eric Fistler keeps it updated with the top verified weights. Anglers can check whether their latest catch is a winner or if they should throw it back.

Like salmon, shad are born in freshwater. They mature several years in the ocean and return to the rivers to spawn. Their spawning-run depends on the temperature of the river water. Early April’s warm weather forced the shadblow, or serviceberry trees, to bloom. It also pushed the river temperature to a shad-satisfying 54-degrees.

Shad don’t generally eat on their spawning runs, so there’s no smelly or squishy bait to handle while fishing for them. Their attention—and their aggression—goes out to that flashy lure between them and their up-river spawning mission. Pensack gives the low-down on how to catch shad:

PENSACK: You have to keep your lure moving. You could get stuck if you don’t. Once you do hit one, when they hit it, it almost feels like you’re getting stuck. And you give it a quick yank and then it sets the hook. And it’s a fight. They really, they’re really very active, very strong. I say that it’s like catching a bluefish and a salmon at the same time. They run upstream, downstream. They go out. You could pull ‘em. They run out again. They jump and dive, and it’s quite exciting, you know. It’s really a lot of fun to catch ‘em…

Not only do they put up a fight, but they run in schools by the thousands.

PENSACK: But when the schools come by, it’s just amazing. Everybody, just about everybody that’s there catches 'em. You’ll see a guy way down river. He’ll catch one, and then the next guy up will get one. And then a couple other guys, and all of a sudden everybody has got one on the line almost. You know, it’s just amazing. And that’ll last for as long as the school goes by, maybe two minutes, maybe ten minutes. Then that’s it. They’re gone. There’s nothing happening.

Before dawn on the first day of the contest, snow on Pensack’s car verifies the dramatic temperature drop. The guys lowering boats from the boat launch remove layers to strap on their life vests before bundling back up again. It’s cold. Pensack’s fingers turn numb while he casts and retrieves, casts and retrieves. The fish aren’t biting.

MUSIC: THEME SONG, A RIVER RUNS THROUGH IT

After four days of fishing, Pensack caught only four fish, none of them worthy of the grand prize. He didn’t win the jet-boat either.

He’s not bothered though. He got to spend four days fishing on the river, enjoying the flexibility of his new retirement, watching wildlife from under a canopy of a dozen different shades of green, and basking in solitude along the gently flowing Delaware.

The time was clearly rewarding, he says, no matter what the fishing outcome.