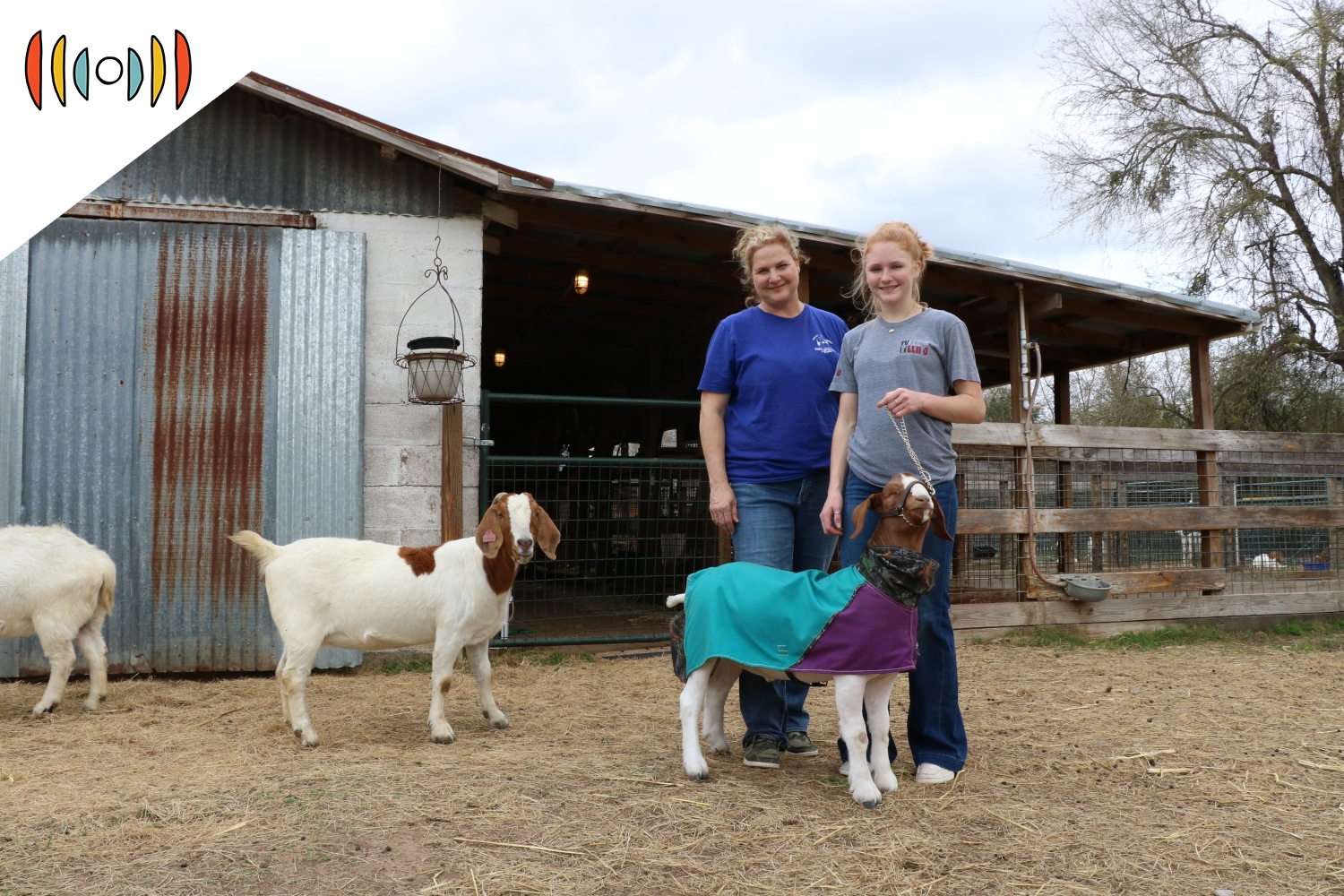 This is WORLD Radio and we thank you for listening.

Coming next on The World and Everything in It: livestock and natural disaster.

MICHELE REED: At first it was fun [LAUGHTER]

CORRESPONDENT BONNIE PRITCHETT: Michele Reed’s story about how her family endured the Texas freeze of mid-February began like so many others. They live in Southeast Texas in a century-old farm house built for a previous generation of farmers and ranchers.

MICHELE REED: And that next morning, we were like, oohing and ahhing over how pretty everything was. And then I don't remember when we lost power. And then as soon as we lost powers, it was like uh-oh. And then it wasn't so much fun…

In addition to their full-time jobs, Michele and her husband Michael help their 16-year-old daughter Anna, raise livestock for show.

WEATHERMAN: But it is this storm system that will bring nearly blizzard-like conditions to the City of Houston and most of Texas...

They spent days preparing for the storm: Stocking up on feed and hay. Converting open-sided rain shelters into makeshift stalls insulated with bales and bales of hay.

The family could fend for themselves. Their 25 longhorn cattle and about 40 goats could not—especially the goats.

MICHELE REED: These guys naturally originate in Africa. So, they don't like the cold. So even even when the temperatures are around 40 degrees, sometimes we usually have to protect them in some way…

Eventually, the snow stopped falling. But the temperature remained below freezing. Newly installed thermometers in the goat barn plunged to 7 degrees. When the power shut down, so did the portable heaters. The Longhorn’s watering troughs iced over. Water buckets in the goat barn froze almost solid. Water pipes to the house, livestock yard and barn froze.

Ranchers across the state made desperate attempts to save their herds, large and small.

MONTY DOZIER: Kerr County we had several ranchers that their water wells were damaged from the freeze…

That’s Monty Dozier, program director for the Disaster Assessment and Recovery Team at the Texas A & M AgriLife Extension, in College Station.

DOZIER: And so, working with the state of Texas at the state Operations Center, we got a large oil field water tank that they use an oilfield to haul water. And we place the fire station and the fire department kept it full. And the ranchers were able to come to that large truck tank and fill up their their vehicles or their tanks and take them out to their cattle…

The Assessment and Recovery Team helps producers supply feed resources following an event. The unit also takes care of and shelters livestock and pets for people that have to evacuate.

The ranching community also provides material support to their peers across the state. But, in Texas, that can become overwhelming. That’s when local authorities ask the recovery team for assistance.

DOZIER: If you look at the disaster statistics, Texas is number one in the number of disasters it you know, we're number one in that. On average, we have a high level or large level presidential level disaster about every eight months…

It’s not bragging if it's true. Due in part to its size, Texas is susceptible to a host of natural disasters: droughts, wildfires, tornadoes, hurricanes, flooding, and the occasional winter storm.

Before 2008, the state’s 254 county extension agencies were an untapped network of resources for state-wide disaster recovery. And then Hurricane Ike plowed ashore.

DOZIER: But between Houston and Beaumont, we had about 16,000 head of cows that were running loose. And, so, someone had to go in and help round up all those cattle. So, working we have county agents in each of our counties in the state of Texas. And they asked, could we help with the recovery of those livestock, and we recovered about 16,000 head of cows, got them back to their owners. And it showed that AgriLife Extension Service had resources and manpower that could be brought to bear during an event...

The state built on that success and established the role of Disaster Assessment Recovery Agent. Dozier oversees the state’s 19 agents when they deploy.

DOZIER: Those are probably some of the first positions in the nation that focus on recovery and response from a disaster. And, they work with those local county agents to augment the response and recovery. So, typically our model has been when we have an event such as a Hurricane Harvey or Hurricane Ike, or a wildfire, where we're bringing in resources to help with the animal response…

Teams of about five county agents deploy to assist their local counterparts. Those teams rotate in and out about every week. A Disaster Assessment and Recovery Agent also deploys and stays longer to ensure continuity of service.

DOZIER: And so, when we have an event, you know that a place where people can get ice, water and MREs or you know food to get past that three to five days of the event until the local grocery stores and those kinds of things can stand back up. We do the same thing with what we call an animal supply point. It's a place where livestock producers and pet owners can come and get food, they can come get hay…

For Dozier and the Reeds, rescuing livestock from perilous conditions is about more than saving an economic investment. Michele Reed recognizes how her daughter Anna has matured by investing in the life of her animals.

MICHELE REED: The life lessons that she has learned, also puts importance on other things like. Raising the livestock and having the hard points and the bad points also puts everything else in perspective, if you will. So materialistic things are less important. It's just things about life are more important.