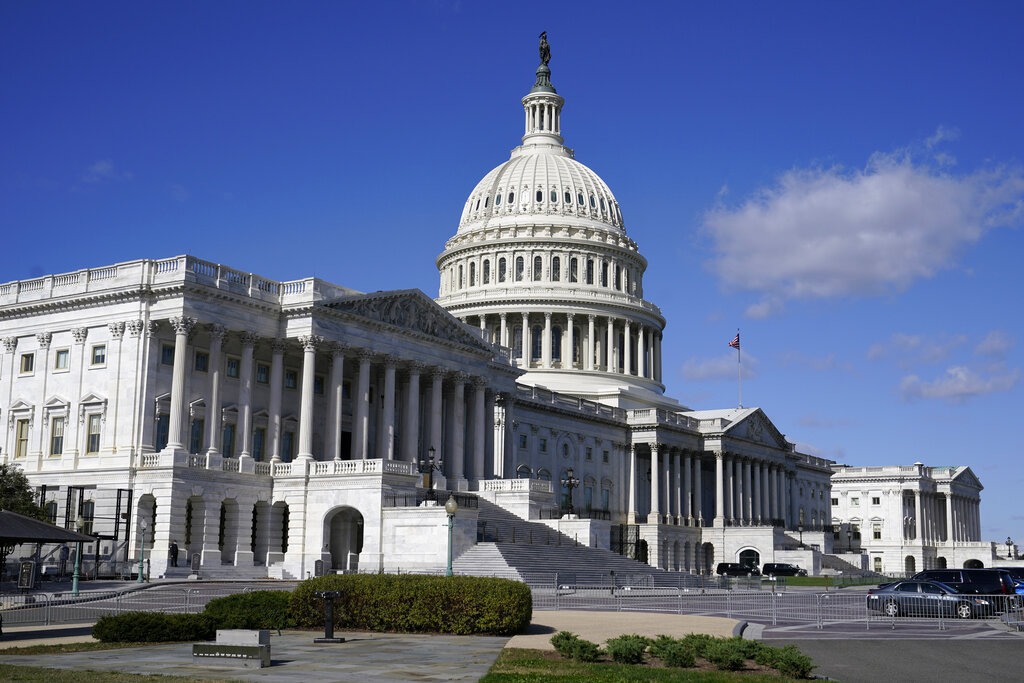 MEGAN BASHAM, HOST: It’s Thursday, the 3rd of December, 2020. This is The World and Everything in It and we’re glad to have you along with us today. Good morning, I’m Megan Basham.

MARY REICHARD, HOST: And I’m Mary Reichard. First up: the next House of Representatives.

Just two years ago, House Democrats walloped Republicans. They gained seats in districts President Trump did not carry. That gave Democrats a comfortable 35-seat majority in the House.

BASHAM: But on election day this year, voters bucked expectations. WORLD’s Sarah Schweinsberg reports on what that means for the 117th Congress.

SARAH SCHWEINSBERG, REPORTER: Heading into election day, Democratic leaders and polls predicted the party would keep its strong House majority and even pick up more seats.

But that didn’t happen. Instead, Republicans picked up 11 seats. That means Democrats still have the majority but it’s much narrower: just 11 seats.

If those two leads hold, Republicans will trail in the House by just nine seats.

The Democratic reversal of fortunes has led to finger pointing within the ranks.

In a call with party leaders, Congresswoman Abigail Spanberger of Virginia accused the party of not protecting its more moderate members.

SPANBERGER: We need to not ever use the word “socialist” or “socialism” ever again. Because while people think it doesn’t matter, it does matter. And we lost good members because of that.

But far-left Congresswoman Alexandria Ocasio Cortez had a different take. She said Democrats who lost failed to run inspiring campaigns.

OCASIO-CORTEZ: Very effective Republican attacks are going to happen every cycle, and so the question is how do you defend ourselves against that. For example our digital campaigning is very weak, and this is an area where Republicans are actually quite strong.

Garrett Bess is the vice-president at Heritage Action, a conservative policy advocacy group.

He attributes Republican gains to a combination of voters rejecting far-left policies and high voter turnout.

BESS: I would attribute a lot of that to just the leftward lurch of the Democrat party and Republican voters who maybe aren’t enthusiastic about President Trump, just being terrified of the modern Democrat Party.

Despite heavy losses, Democrats are still expected to keep Nancy Pelosi as Speaker of the House. But her tenure may be short-lived. In order to get support from younger, progressive members in 2018, Pelosi promised she would step out of leadership by 2022.

BESS: She’s effectively lameducked her speakership. By saying those types of things, she’s in some way limiting her power with her own caucus.

Mark Harkins is a senior fellow at Georgetown University’s Institute of  Government Affairs. Harkins agrees that Democratic leaders in the House have a difficult task ahead of them. They have to protect moderate members.

HARKINS: Because if the moderate members lose, they no longer are the House leadership.

But they also have to placate progressive members on issues like climate change and taxes.

Here’s how Harkins expects them to do that. First, they won’t introduce as much legislation. That will cut down on the number of votes members have to take. A smaller voting record means less to answer for.

HARKINS: It’s to their advantage to ensure that those moderates are not forced to take votes, which are difficult for them to defend, and for them to be able to maintain their seat. And so the way to do that is to lessen the number of votes.

The second tactic will be to introduce “safe” legislation—issues that could unite progressive and moderate members. Things like economic stimulus packages, immigration reform, and infrastructure spending.

HARKINS: That’s where you’re going to see some of your environmental agenda, it would be in an infrastructure bill. Those combined, helping the economy while trying to protect the environment.

Heritage Action’s Garrett Bess says Republicans could also get behind some of these bills.

BESS: If economic stimulus type legislation comes to the floor that looks like transportation or infrastructure spending, or maybe broadband expansion. Those kinds of things would generate a significant amount of Republican support as well.

And finally, to make sure the legislation Democrats bring to the floor actually passes, Georgetown’s Mark Harkins says leaders could waive an important procedural vote.

HARKINS: It’s called a motion to recommit. And it’s a vote that’s given to the to the minority to allow them to say, hey, you get one shot to change one thing in this bill at the very end, and we’ll vote on it.

The procedure can be used as a tool to add something controversial into a bill at the last minute. Heritage Action’s Garrett Bess says Democrats want to get rid of it because late-in-the-game additions from Republicans or progressives could weaken a bill or divide the majority.

BESS: I think it’s proof that Pelosi and others are actually really concerned about their slim majority and want to do everything possible to protect their remaining vulnerable Democrat members.

Overall, Bess and Harkins say it’s likely that fewer bills will come out of the House in the next two years. And the Democrat’s slim majority will force them to play more to the middle.

And while the prospect of more Congressional gridlock frustrates many voters, Mark Harkins says, in some ways, that’s the beauty of the system.

HARKINS: When you stand on the minority side of government, it’s very comforting to know that it’s difficult to get things done, and that we move incrementally.