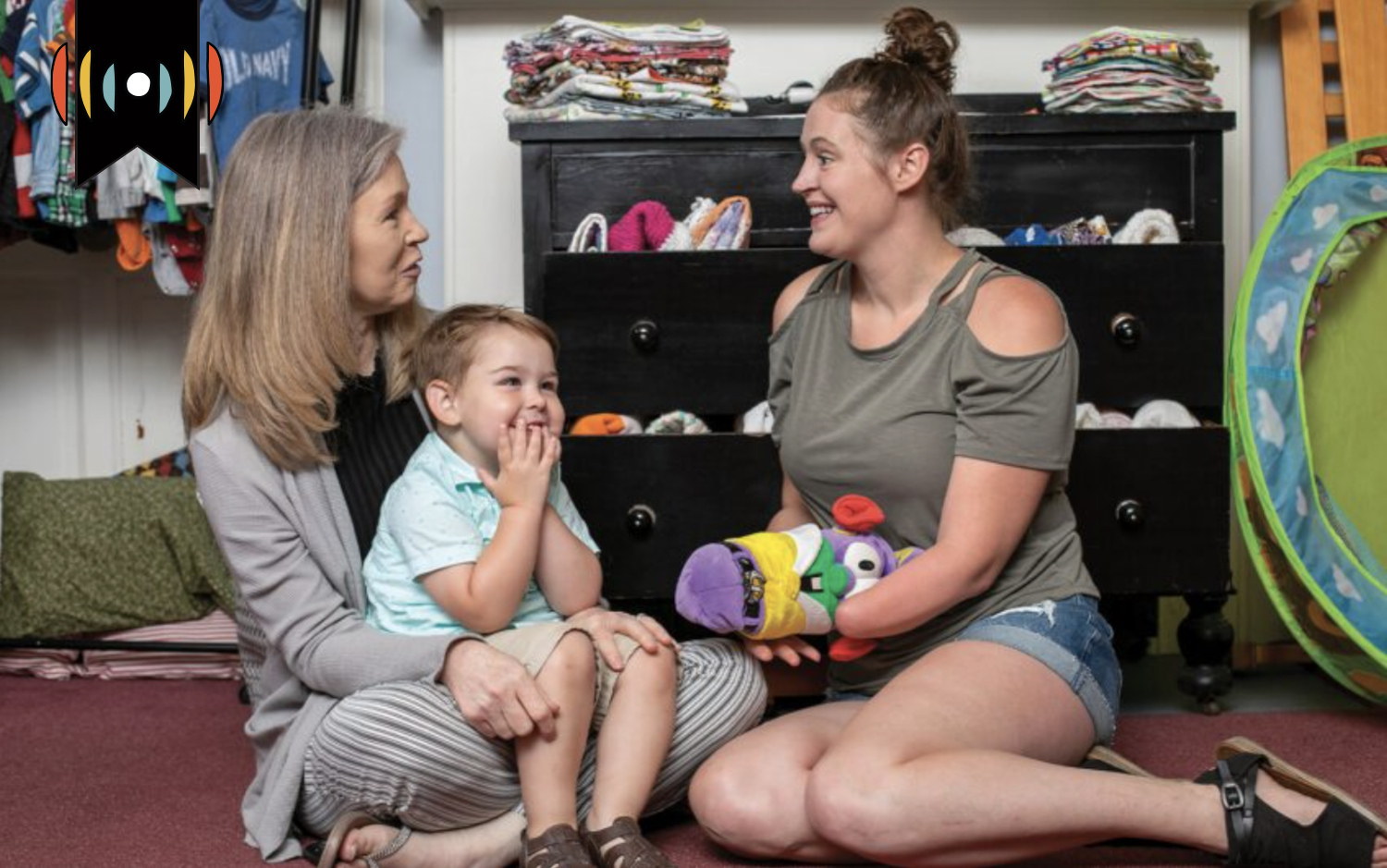 NICK EICHER, HOST: And I’m Nick Eicher. Coming next on The World and Everything in It: the next installment in WORLD’s Hope Awards for Effective Compassion.

Today, WORLD Correspondent Addie Offereins takes us to a pregnancy center in Niles, Michigan that focuses on strengthening the whole family.

ADDIE OFFEREINS, REPORTER: Breanna Brittain carries her son with her right hand. In 2017, her left hand was amputated.

BRITTAIN: It was a work related accident. I was cleaning at the end of my shift. So I worked the night shift. So it's like 6:05, I'd like to reach under the saw to pull this fiber out. And someone went and pushed the buttons on the control panel, and the table came forward. And it just sucked my hand up into a chain and sprocket. Think like a bicycle—but like industrial size.

After the accident, Britain didn’t want to get out of bed. She considered suicide and was admitted to a psych ward for five days. A few months later, she found out she was pregnant.

One day, as Brittain drove down East Main Street in Niles, Michigan, she noticed a small, sage-green Victorian house with white trim. A white sign held up by a purple, wooden frame read “LifePlan” in large, purple letters—and underneath: “you + baby + family.”

BRITTAIN: I drove past it. And I’m like, I need a life plan.

LifePlan aims to take the “crisis” out of “crisis pregnancy center.” The ministry offers traditional pregnancy center services. But staff and volunteers also work to strengthen the family from the ground up.

Inside, the center feels homey and looks freshly painted. Worship music plays in the background. A meticulously organized boutique is bursting with racks of baby clothes. White shelves hold other baby items.

When Breanna Brittain came to LifePlan, staff paired her with Teri Stark, one of the center’s consultants. They met once a week to go through the Life Matters curriculum—covering everything from how to keep your house clean to staying within your budget to what to expect from a newborn. At first, Brittain wasn’t sure what to do.

Stark listened, and shared her own story of God’s redemption.

STARK: I had gotten pregnant before I got married. And my baby was born early. And I didn't even know who God was. I didn't even know the gospel. I didn't know Jesus died for me. And my baby was born early. And I remember just crying out to God. Like if you're real, please let my baby live. And God brought some Christians into my life. And I got saved and. And even though my son didn't live, I got saved. And God just did a total miracle in my life.

LifePlan offers ultrasounds on Thursdays and tests for sexually transmitted diseases on Mondays and Thursdays.

AZUCNA: But we're also about prevention. So now you can see we have a Men's Ministry. We go into schools. Okay. And then we talk about not only your pregnancy, but your relationship.

Life Plan also does a lot for men. Azcuna says it’s difficult to overcome the stigma that pregnancy centers are just for women.

AZCUNA: 67% to 70% of women making a decision for abortion is dependent upon the father. And so we want to be family oriented. That's why we're about you, the baby and family.

Men can sign up for coaching with older mentors from local churches.

But Azucna says it’s not easy getting men involved.

AZCUNA: And I want to tell you, the Men's Ministry is very difficult in our context.

Usually they have about three on the books but today not a single man has shown up. And when they do come, they don’t open up easily.

PATRICE: So one of the things that motivates me is, you know, the very last verse in the Old Testament says that Elijah would come and turn the hearts of fathers to their children. And that is then what John the Baptist said, he quoted that verse. And so that was his job. And so that's why our Men's Ministry is important. Because if men don't see the value of children, then they won't see the value of their wives, girlfriends, to take care of the children or to have the children. So that's an important part of what we do.

When a woman completes a parenting or life skills class she can choose eight clothing items and earn 10 boutique bucks—the equivalent to a package of diapers. If a man also attends, the rewards are doubled.

But women like Breanna Brittain keep coming back for more than baby items. The relationships they build with their mentors are lifelong. Brittain still meets with Stark every couple weeks.

BRITTAIN: She’s such a precious woman. Like, I love her. I look at her like she's my mother. She's like a mentor. She's my mentor. But she's more like my mother. And my counselor.

BRITTAIN: And he had all this dark hair and he was so cute. Jessie were and now you're just a handful.

Brittain married Mark’s dad in November, 2020. They live a few blocks away from LifePlan. Mark is now a spunky two-year-old in a yellow jacket who has trouble sitting still.

EICHER: LifePlan is one of our four semi-finalists for this year’s Hope Awards for Effective Compassion. We’ll be profiling two more ministries this week, then asking you to vote online for the ministry you think should be this year’s Award winner.

You can learn more at: wng.org/compassion.