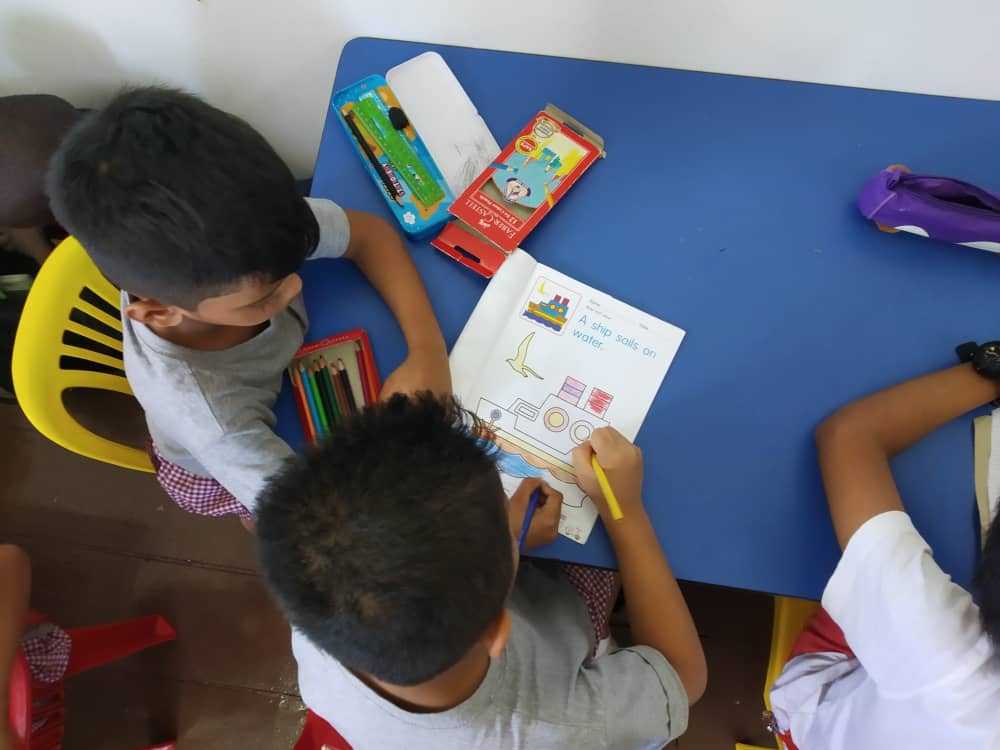 NICK EICHER, HOST: Today is Monday, September 7th. You’re listening to WORLD Radio and we’re so glad you are! Good morning to you. I’m Nick Eicher.

MARY REICHARD, HOST: And I’m Mary Reichard. Coming next on The World and Everything in It: Hope Awards for Effective Compassion.

Throughout the year, readers and listeners nominate ministries and non-profits that are on the ground, working to mend broken lives. Last week we introduced you to the first of our five finalists.

EICHER: All this week we’re going to introduce you to the rest of these organizations. Each will receive at least some prize money, but the organization that receives the $10,000 grand prize is up to you. Voting opens later this month.

ANGELA LU FULTON: The playground of St. Barnabas Church in Klang, Malaysia, rings with the shrieks of laughter. Children clad in the navy-and-white uniforms arrive in shuttles to join their friends.

Girls in white hijabs chat while sitting on seesaws. Boys stand in circles—as they try to push each other off-balance. Another group of girls play jump rope with a make-shift rubber band rope. A crowd of younger students watch.

Her students are children of refugees, asylum seekers, and undocumented immigrants.

NG OI LENG: If you want to light your candles, you need to put them in the darkest places…

Most have fled conflicts or abject living conditions in their home countries. They come to ElShaddai for an education—an opportunity otherwise unavailable in Malaysia as the government bars them from attending Malaysian schools.

Their families live on the margins of Malaysian society. Parents often take the dirty, dangerous, and difficult jobs.

The Migrant Ministry of Klang, or MMK, founded the learning center in 2008. It began with just 22 students. The school added new grades each year as the students advanced. Today it reaches 1,400 students at its main campus and many subcenters.

ElShaddai is an openly Christian organization working primarily with Muslim refugees…in a majority-Muslim country with strict laws against proselytizing.

NG OI LENG: We have visit from authorities to investigate why bring Muslim kids to our church…

The center assures the authorities it would gladly run the educational program from a local mosque, but none have opened their doors to them—churches like St. Barnabas have. ElShaddai is intentional about renting or borrowing space instead of buying its own.

NG OI LENG: When is the government going to close the door for refugees or migrants, that kind of thing, never permanent. School might not be there tomorrow so we don’t want to spend our money on buildings or hardware, but we want to focus on reaching the people because of our resources, more organic system.

ElShaddai teaches anyone who wants an education or opportunity. But finding teachers who understand the complicated lives of migrant children is a challenge.

One solution is hiring teachers who’ve been refugees themselves. Brima teaches science at ElShaddai.

In 1996 he fled Liberia during the country’s civil war and lived in a Ghana refugee camp for 16 years. He came to Kuala Lumpur in 2012 and received refugee status from The United Nations.

BRIMA: So when I came here, I felt within myself—within my spirit—that I should at least contribute to impart the little knowledge I have gotten so far to them as well.

Although the families are poor, they pay a small slice of tuition, about $16 per month for primary and $28 for secondary. That leads to a healthy sense of ownership in their children’s education. Scholarships are available for those with multiple children or those who can’t afford the small fees.

ElShaddai’s reputation has spread throughout Malaysia’s refugee communities. In fact, many chose to settle in Klang so their children can attend.

NG OI LENG: When you have built relationships with the community and there so much trust after a while they are the ones who come and look for us.

Many Muslim refugee families send their children to ElShaddai knowing they will receive a quality English education. They also receive character education with lessons on integrity, honesty, and patience.

Some local Christian churches are fearful of partnering with El Shaddai, worrying that working with Muslims might get them in trouble with authorities. Still churches and Christian organizations from a wide spectrum support the center, providing space, teachers, and material help for the work.

NG OI LENG: We really want to see transformation. So it’s a long term investment how to transform nations through education, love, and the things we sow into their lives.

This year, eight students are preparing to take their International General Certificate of Secondary Education exams—making them ElShaddai’s first class of graduates.