Next Step is a ministry providing employment, housing, and discipleship 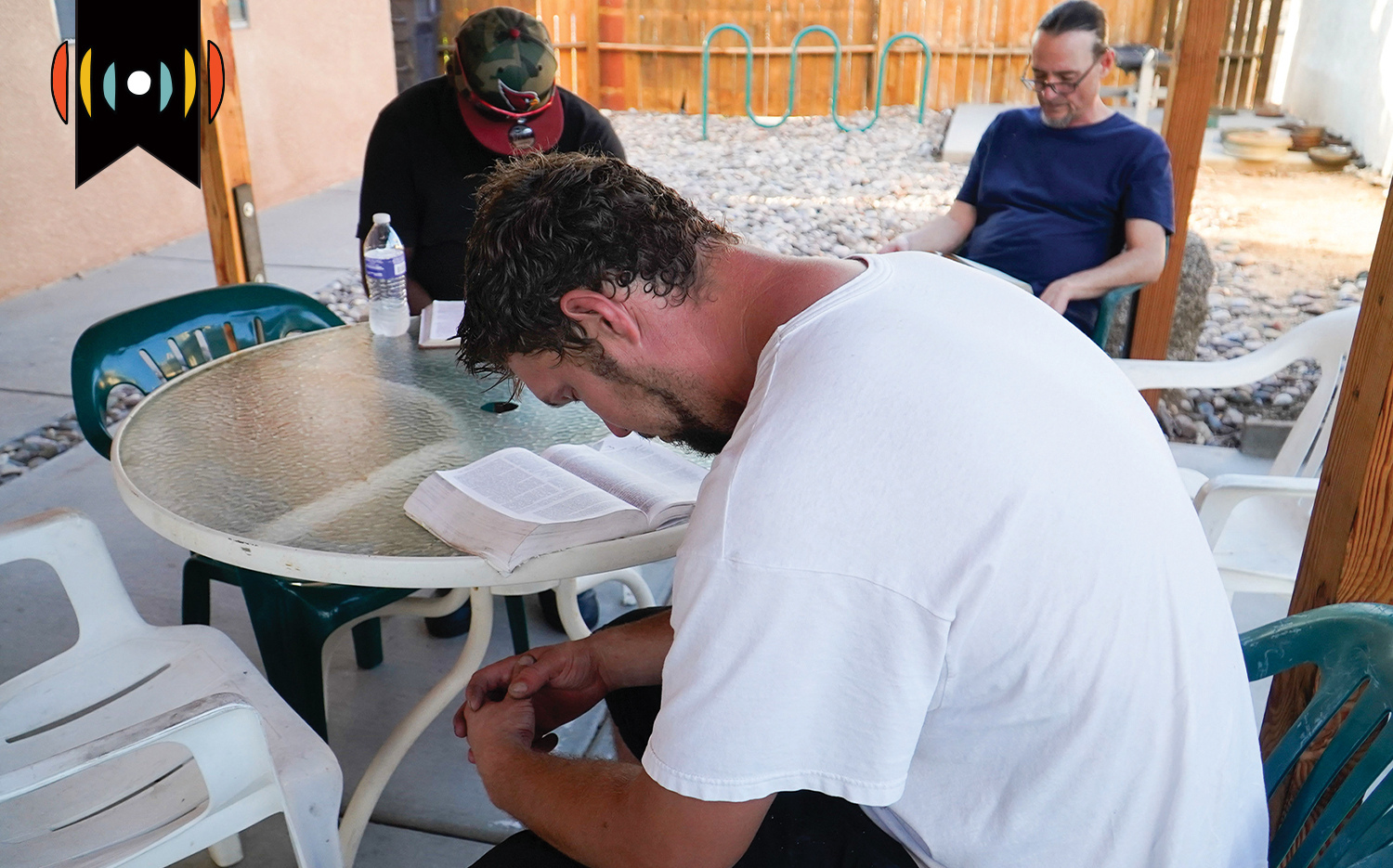 MARY REICHARD, HOST: Today is Monday, July 25th. Good morning! This is The World and Everything in It from listener-supported WORLD Radio. I’m Mary Reichard.

NICK EICHER, HOST: And I’m Nick Eicher. Coming next, the Hope Awards for Effective Compassion. Each year WORLD recognizes a handful of poverty-fighting organizations our readers and listeners nominate.

To qualify as a candidate, a ministry must embody three elements of effective compassion: It must provide help that is challenging, personal, and spiritual.

REICHARD: Challenging means the organization must recognize the dignity of the people it serves by giving them a hand up rather than a hand out and empowering them to live lives of worshipful work that glorifies God.

EICHER: Personal means an organization understands the individual needs, background, and context of the people and area they serve. It means building relationships and tailoring its approach.

REICHARD: Finally, spiritual. Effective compassion is more than saying, “Jesus loves you.” But it’s not less than that, either. It means introducing those they serve to Jesus Christ and His finished work on the cross.

To be considered for WORLD’s Hope Awards, organizations must be committed to sharing the gospel and discipling participants.

EICHER: Over the course of the year, WORLD paid visits to seven organizations and selected four finalists. One will receive $10,000. Who receives that award is up to you.

First up, WORLD correspondent Addie Offereins will take you to a transitional housing facility for men in Albuquerque, New Mexico.

ESCOBAR: You know, it was another guy who knew me when I was a kid that stuck a needle for the first time.

ADDIE OFFEREINS, REPORTER: Richard Escobar started smoking marijuana when he was 14. That led to cocaine. When he was 17, Escobar committed a violent crime and got a 13 year sentence: eight years in prison and five years on probation and parole. In prison, he picked up a heroin addiction. On probation, he started using methamphetamines.

ESCOBAR: I didn't really understand the path that methamphetamine was going to take me down and destroyed my life. Emotionally, physically, morally, spiritually, like I was just just totally lost, just lost.

Escobar soon found himself back in the county jail for stabbing someone. That’s when he cried out to the Lord for salvation. In 2016, he was up for parole. He met with a case worker to make a parole plan. Everything he hoped to do fell through.

ESCOBAR: But for a guy like me, who spent most of his life in prison, I had no job experience. I had no experience with real responsibility. You know, I really had nothing to contribute to society, except for the fact that I was a new creation in Christ.

Scanning the list of approved programs, he noticed one called Next Step and gave Doug Chandler a call.

Next Step’s mission is simple: employment, housing, and discipleship.

The unassuming light-brown building sits across from a bus stop. Most of the men in the program here don’t have vehicles. Terracotta-colored stairs lead to the second floor apartments. Traffic blares in the background. The four two-bedroom apartments with yellow doors can house eight men.

AUDIO: [Men greeting each other]

A man arrives at Next Step after he has completed an addiction recovery program or a prison sentence. Residents work a full time job and pay discounted rent: $425 a month. They save money and learn how to budget. Director Todd Loudon meets with each of the men once a week and goes over personal goals. The men break down a chapter of the Bible verse by verse on Tuesday evenings.

Even more important: they get consistent accountability. For Richard Escobar, this was key.

ESCOBAR: I was right up here in this apartment right here. Having my own room, having a kitchen, you know, I can't even tell you what that did for me. Because there are other men's programs that you can go to where they have bunk beds, you know, it's just a halfway house in the you know, it's crowded, and, you know, next step, just really gave me a great environment to make that transition from prison to life out here.

The men are also required to get plugged into a local church.

CHANDLER: Because we know that this isn't the last step. We want them to have that connection with a local church when they leave here.

On Thursdays, they study biblical manhood and what it means to take responsibility. Each man also meets with a mature man from a local church once a week. Vulnerability is important.

LESLEY: You have to be really humble, and make sure that you meet people at a level where they don’t brand you and think they can’t relate to you because you are older, sober, and doing well.

That’s Jeff Lesley. He is a Next Step board member and accountability partner. Lesley understands the shame of addiction.

LESLEY: I started drinking when I was a teenager, you know, and then I didn't get clean till I was probably 40 or 45. I liked that scripture that says he has been forgiven much and loves much. And I think for a lot of us, you know, those who've been forgiven so much, you know, we do have a strong love. Yeah. And then we can walk alongside each other.

The men meet with their accountability partner for an hour and a half a week. Finding enough men in the community willing to serve in this role is challenging.

LESLEY: By far you have a much higher percentage of people that financially support it rather than give their time.

But effective compassion requires more than meeting a material need from a distance.

Doug Chandler says others may just be intimidated.

CHANDLER: And it's so many people have no exposure to this population. So there's a degree of probably fear. I think that’s a big part.

Richard Escobar is grateful for the men who stepped out of their comfort zones to invest in his life.

At Next Step, Escobar started working in construction. Now he has his own handyman business and leads a men’s Bible study on authentic manhood where he shares his passion for Christ…and budgeting.