Gathering with family and friends can be festive and fun, but often comes with overindulging on food and drinks 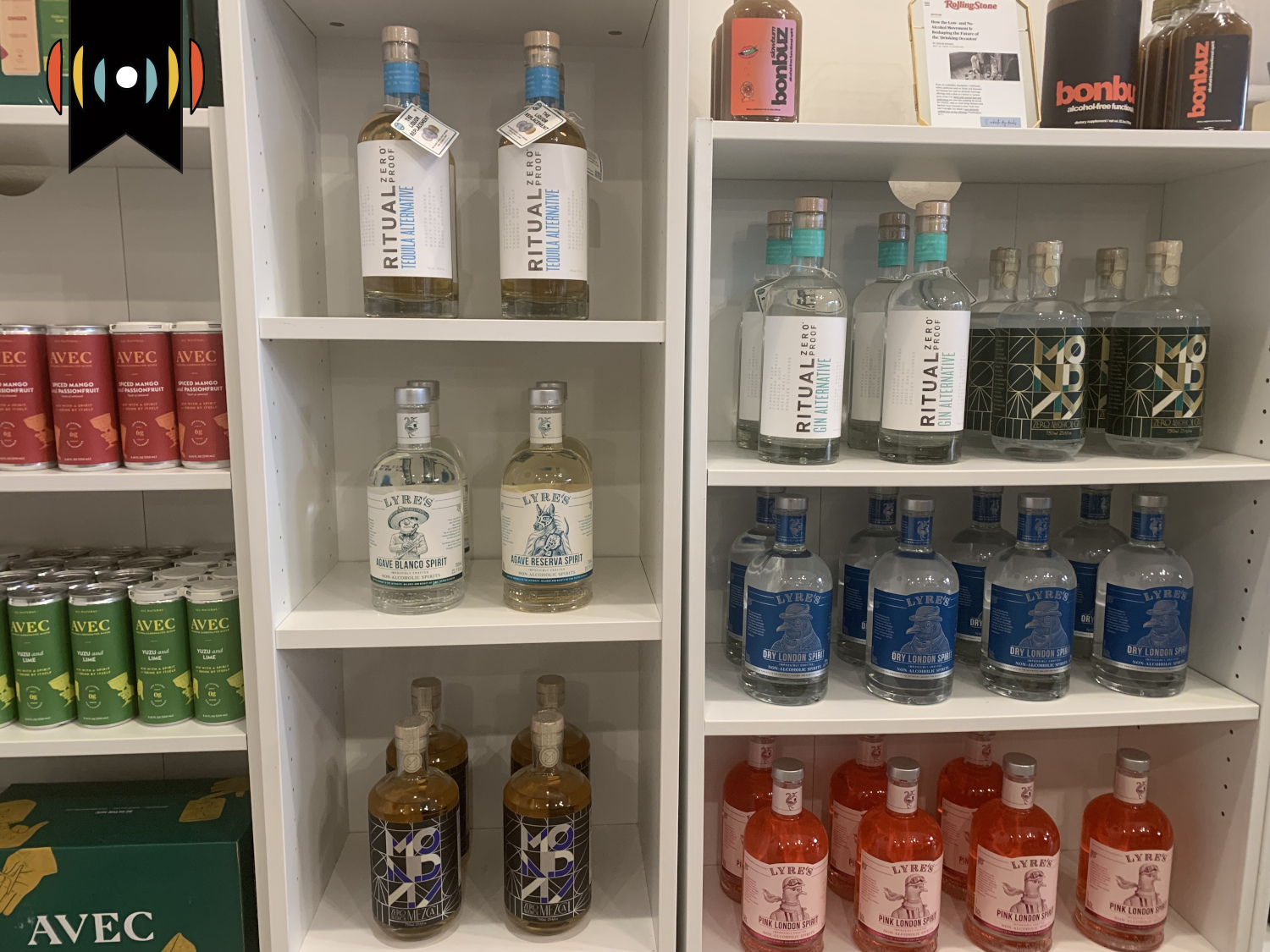 NICK EICHER, HOST: And I’m Nick Eicher. The holidays are here. Gathering with family and friends can be festive and fun, but often comes with overindulging. Too much to eat, too much to drink. One trend bubbling up: the trend of non-alcoholic drinks. Today, WORLD reporter Jenny Rough has the story.

Trevor Yarnell reads the ingredients list on a bottle of rum. Rum—like pirates or Jimmy Buffet. Except the bottle of rum Trevor pours into a glass doesn’t have any alcohol in it.

YARNALL: So these are our tequila alternatives here. This one's actually a mezcal, it’s a little more smoky.

In 2018, Trevor and Sam stopped drinking alcohol. Sam says she didn’t drink at all in high school. But she wasn’t prepared for the college scene.

SAM KASTEN: I went to college and was kind of exposed to this whole new world of the party lifestyle. I got involved in Greek life, which is a very heavily drinking culture.

After college, she worked in the restaurant industry. Another heavy drinking culture.

KASTEN: After you work a 12-hour shift, you go out to the bar and drink and commiserate about your shift and spend all the money that you made all day and go and do it all over.

By age 27, she had a drinking problem. Sam says the alcohol industry targets women. The mommy wine culture. Girlfriend getaways at vineyards. Ads marketing alcohol as a diet product. Christians are no exception. Many struggle with alcohol abuse.

KASTEN: I ended up getting a DUI in August of 2016. Went out that night with my coworkers as I always did. Drove home after drinking, like I always did. It just happened to be the only time I got caught.

It took Sam two years to quit. Trevor joined her in solidarity. But when Sam hung out with friends, socializing still revolved around food and drinks.

KASTEN: Really the only options for me were water, soda water, or a soda. And I don't even drink soda.

She began to experiment with non-alcoholic alternatives. But she didn’t like what she found.

KASTEN: So I would frequently dump things down the drain, and I would be disappointed.

Christians hold a wide variety of views when it comes to drinking alcohol. Scott Redd is president of Reformed Theological Seminary in Vienna, Virginia. He’s also an Old Testament professor. Redd says wine is a motif throughout the whole Bible.

REDD: The Bible doesn't talk about wine as a threat as much as it talks about wine as a good thing and a blessing and a sign of God's love and benevolence towards his people. I mean, Israel was definitely a wine culture.

But Redd says many Christians don’t drink at all. In Ephesians, Paul says, “Don’t get drunk with wine … but be filled with the spirit.”

REDD: And that probably does apply to intoxication across the board as well as other kinds of just self-indulgent behavior.

Some Christians don’t want to even look like they’re drinking. They often point to Romans 14.

REDD: I don't want to cause someone else to stumble. I think there’s all kinds of good reasons for Christians not to drink.

Still, alcohol is the center of many social events, especially around the holidays.

Sam Kastan continued her search for alternatives. When she did find a good option, she shared it on Instagram. Followers inundated her with questions and requests for more recommendations. Sam began to curate a quality selection. She took a 10-week online course that taught her how to run an alcohol-free business.

KASTEN: I will look at classic cocktails that typically have alcohol in them and then replace them with the spirit alternatives and then maybe a few other elements that give it more of that mouth feel and the density that you typically expect when you drink a cocktail.

And invents her own recipes.

KASTEN: Do you like citrus? Do you like bitter? Do you like ginger? And then you can kind of play around with it and work, you know, make what's best for you.

Today, she offers free tastings to customers. Like Rebecca, who stopped by with friends.

REBECCA: I just like the idea of having a sophisticated drink without having the alcohol effects or calories or anything that alcohol brings.

Rebecca is 23. She says alcohol isn’t necessary to have fun.

REBECCA: I think it's the essence of having a drink in your hand that brings out the personality rather than the actual alcohol itself. And I think the flavor combinations are really creative.

YARNALL: Tequila tea almost, right? One of my favorite recipes was fresh cucumber juice with that Ritual tequila and it was a serrano chili pepper syrup that we put in there. A really delicious spicy margarita. Spicy cucumber margarita.

Non-alcoholic beers are no longer bland and watery.

YARNALL: This is all craft, intentionally made with complex flavor profiles and much more enjoyable taste.

The chemistry can vary, but companies often use a reverse or vacuum distillation process to separate out the alcohol.

REDD: And if that’s a way for people who would still like to be part of those events, I can see the wisdom in that.

He says, after all, John the Baptist eschewed wine and Jesus shared it with others.

REDD: So I think we have to take both of those things into consideration when we're thinking about how we're going to behave.