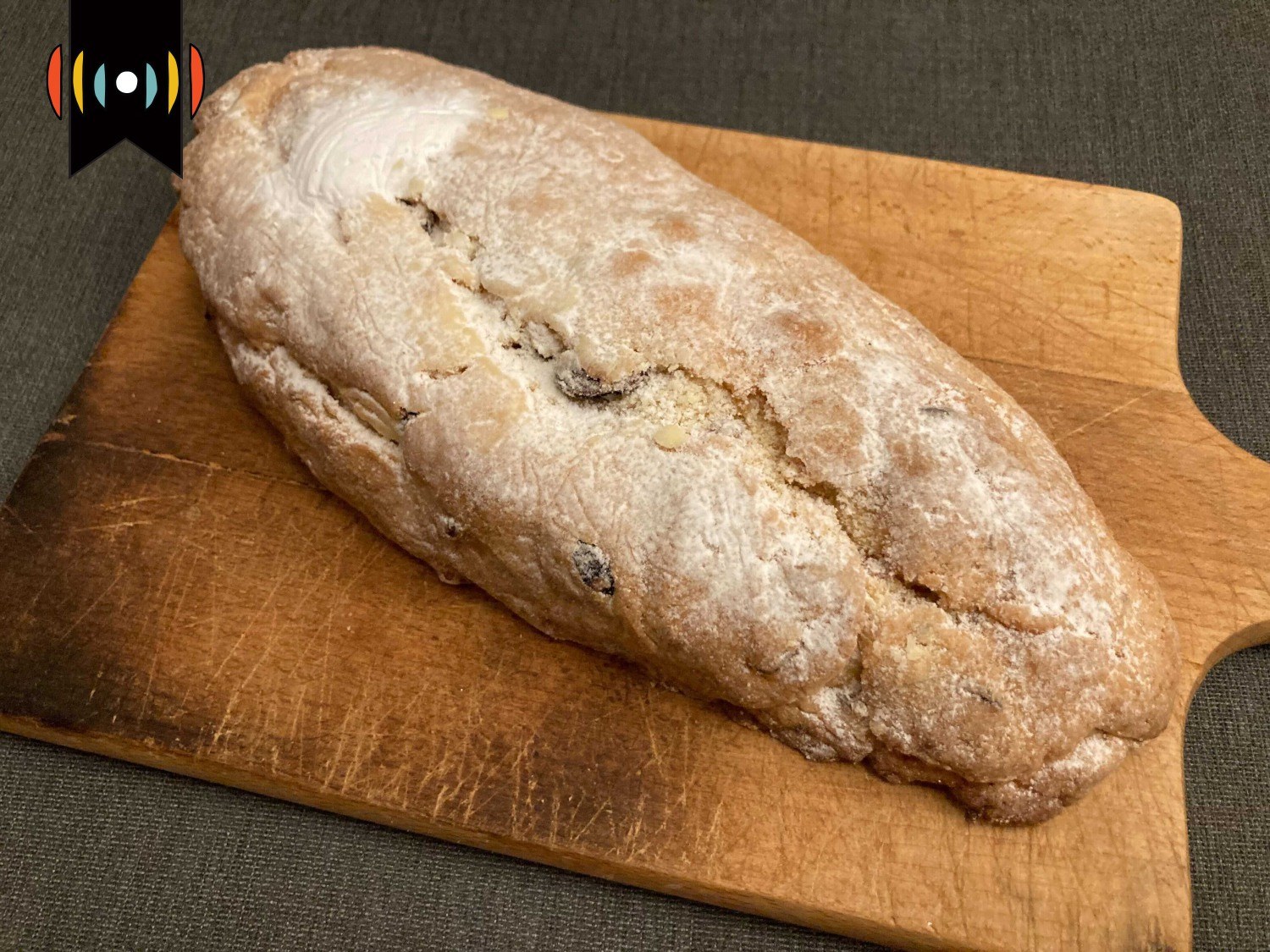 MARY REICHARD, HOST: Today is Tuesday, December 21st. You’re listening to WORLD Radio and we’re so glad you are!

NICK EICHER, HOST: And I’m Nick Eicher. Coming next on The World and Everything in It: holiday cooking.

This year, for a special Christmas treat, we asked our WORLD Radio team members to take their microphones into the kitchen while they prepared their favorite holiday dishes.

REICHARD: For the next few days, we invite you to join us as we measure the flour, juice the lemons, and try not to knock over the jar of cookie sprinkles. First up, Whitney Williams.

WHITNEY WILLIAMS: Mac and cheese: The ultimate Christmas comfort food and a favorite in the Williams’ household. While other dishes go home in Tupperware, my mac and cheese gets scraped from its dish.

AUDIO: Sound of kids opening the microwave and stirring the sauce

What’s my secret? A man named Bob. Trusty Bob Evans. It’s his recipe and it’s nearly impossible to mess up, as he’s already prepared it for me. “Here, Whitney, let me get that for you,” says Bob. “I know you’re busy.”

That Bob, such a nice guy. He comes through for me every year. All I have to do is remove his masterpiece from its cardboard sleeve, stab the plastic film that covers it a few times, place it in the microwave, cook it for a few minutes, take it out, remove the film, stir it, and place it back in the microwave for a few more minutes. This year, I let my boys take care of the whole thing—my eldest can read now.

AUDIO: [8-year-old reading/deciphering directions, twins fighting over who gets to stir and push buttons on the microwave, and then the microwave ‘dinging’ that it’s ready]

When it comes to mac and cheese, my three boys—and even my mother—do not delight in sacrifice, or I would give it. My husband likes to rag on me for my store-bought, microwave mac and cheese, but he admits it tastes better than any homemade mac and cheese he’s had in the past—and his mom is a fabulous cook.

“Of course it’s good,” I tell him. “How do you think it got into the refrigerated section at the grocery store?”

“If it ain’t broke, don’t fix it.” I mumble to myself, as I dig out my husband’s grandmother’s lace tablecloths and the china that my Papaw gave to my Memaw on their wedding day in 1959—white, trimmed with silver; a red rose on each delicate plate.

Only the best for my Christmas guests.

MARY REICHARD: Ya know, I appreciate that recalibration of unrealistic expectations! Who needs that anyway?

NICK EICHER: Ahem, I do. Those tacos aren’t going to grill themselves, not to give too much away!

REICHARD: Next up, a holiday treat that takes a little more effort to prepare. Here’s European correspondent Jenny Lind Schmitt.

AUDIO: And it’s got flour, sugar, baking powder. Things that make it interesting are lots of butter and eggs, and vanilla…

When I met my husband Manu, his family introduced me to the tradition of eating Christmas stollen. I quickly adopted this tradition for myself.

AUDIO: Some people put almonds. We will actually be putting marzipan. Which is an option…

When I stopped eating gluten 14 years ago, this Christmas treat was one of the things I missed most. So one year, Manu made me a gluten free version. It was even better than I had remembered! He’s made them every Christmas since.

Like many things in our lives, the recipe is a mash-up of European and American. Some measurements are by volume: 1 ½ teaspoon baking powder, and others by weight: 170 grams of ricotta cheese.

The first step is measuring out the flour and then cutting in the butter.

While Manu mixes together the eggs and ricotta cheese, I cut dried apricots into small pieces.

The recipe calls for raisins, which he replaces with dried cranberries and candied orange peel.

Manu remembers that he needs to toast the sliced almonds, so he quickly browns them in butter, and adds them to the mix.

The first references to Christmas Stollen came from a document from Dresden, Germany, in 1474. At that time, people were supposed to fast during the Advent season, and the church banned bakers from using butter. They could only use oil, and that was made from turnips. Their cakes were dry, and not very tasty.

So in the late 1400s, the Prince Elector of Saxony and his brother Duke Albrecht wrote a letter to the Pope to ask for special permission to use butter. The Pope denied the request. But the brothers didn’t give up.

Five popes later, Pope Innocent VIII replied with what became known as the “Butter Letter.” He gave permission to the Prince Elector to use butter in Advent cooking, but only for his family.

Other people could use butter, but then they had to pay a stiff fine to help build the Freiberg cathedral. Less than 30 years later, Saxony became protestant and the butter fines were lifted. The Reformation may have had more to do with butter than we realize!

After kneading the sticky mixture into a dough, Manu shapes it into two oblong pieces on a wooden board. He rolls out the almond paste, called marzipan, until it’s an 8 inch-long log. He lays the marzipan down the center of the oblongs, folds the dough over it, and neatly tucks under the edges. It’s a little like swaddling a baby, and that’s not a coincidence. The finished bread is supposed to symbolize the Christ Child, wrapped in swaddling clothes.

AUDIO: [STOLLEN INTO THE OVEN]

Into the oven it goes for 40 minutes. Before long the fragrant aroma of butter, almonds, and orange wafts from the kitchen.

AUDIO: When I grew up, I had stollen because my mom would order it. So stollen for me means Christmas!

AUDIO: [TAKING OUT OF THE OVEN]

Manu uses a pastry brush to slather the cakes with butter. Then he shakes on powdered sugar through a small sieve.

Once well-sugared and wrapped, stollen will keep for a couple weeks. But solely for the purposes of sharing the experience with you, we decide to try it immediately.

AUDIO: Usually you don’t cut it right away, but I want to check that it’s done well. Because it’s still kind of crumbly. The marzipan is melty. Mmm.

He slices a couple pieces, and we enjoy.

I do like to spread butter on the top.

The rest gets wrapped up to eat later with our kids.

AUDIO: Thank you for making this for me.