How should the West respond to Beijing’s efforts to rewrite the COVID origin story? 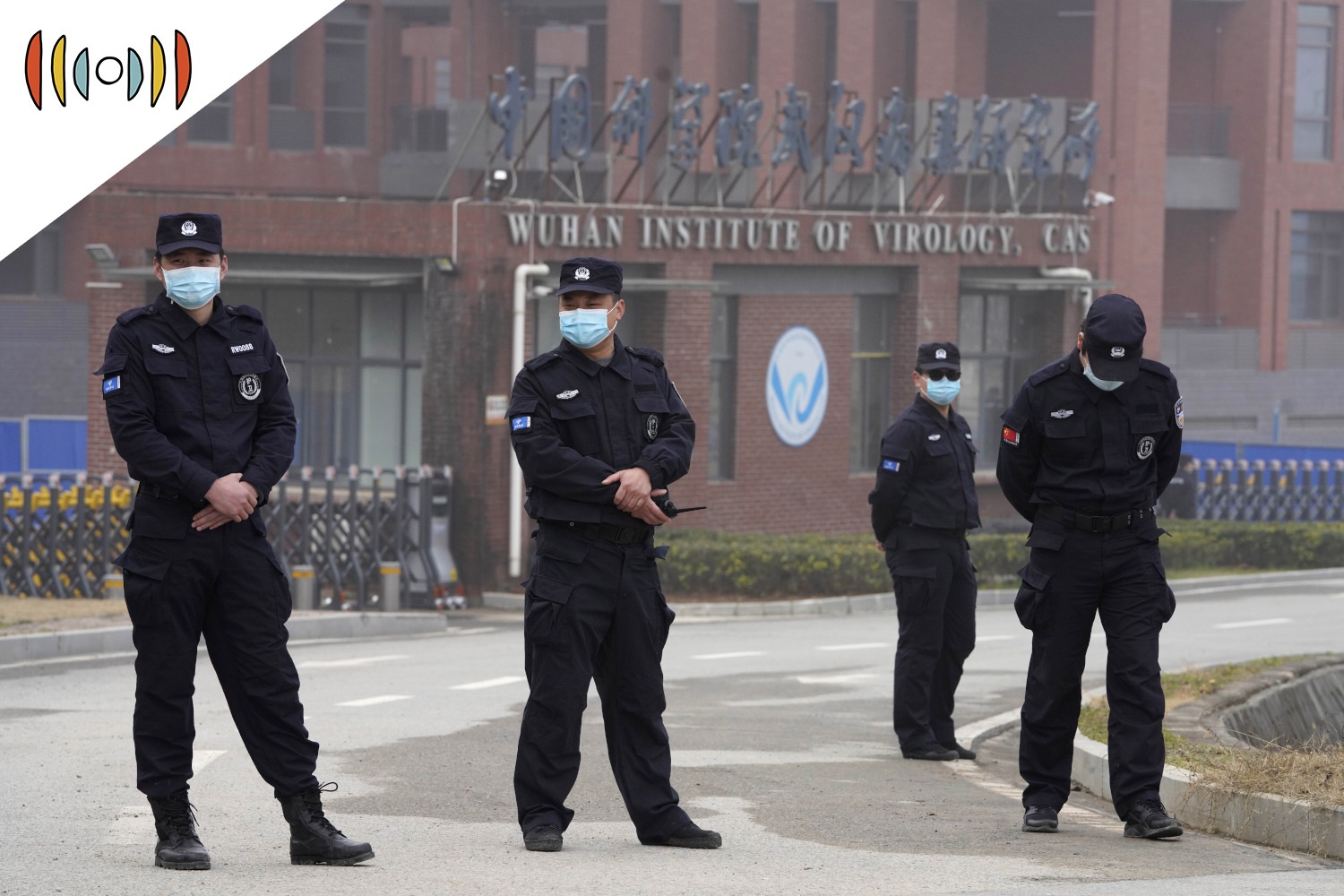 Suppose the U.S. intelligence community does determine Beijing covered up the real source of the COVID-19 outbreak. What then? How would the United States and other Western nations respond?

MARY REICHARD, HOST: Joining us now to talk about that is Anthony Ruggiero. He’s a senior fellow at the Foundation for Defense of Democracies. Good morning!

ANTHONY RUGGIERO, GUEST: Good morning. Thanks for having me.

REICHARD: Glad to have you. If it turns out that risky research techniques played a role in the pandemic, it’s possible that the United States and other Western countries could ban their use in the future. But do you think that would stop scientists in places like China from doing whatever they want? What can the United States government do to put a stop to risky research like this?

RUGGIERO: That is a great question because what we have now is we have scientists who do surveillance of right now bat populations, other populations looking for viruses that might be infectious to humans. And there's a very good chance that that is what happened here. That virus got out—whether it infected lab workers, and then went to the population in China. But I think the very critical point is the Chinese, if that happened, they likely knew of that very early on in the pandemic, and they did not share that information. And it's still something that they have not shared that information with any of us, even today as the virus still rages on in the global pandemic.

REICHARD: Until recently, the scientific community dismissed any suggestion that a lab leak might have been involved. If it turns out that a leak did happen, will that damage the credibility of those scientists? And will that make it less likely people will listen to them the next time something like this happens?

RUGGIERO: Well, I think for many of us, we would hope that our scientists who devote themselves to this kind of research would have had a more open mind, rather than a year ago where they put out a letter that really dismissed one of the plausible options. And I think there's going to be other questions, you know, as you asked before, about the conflicts of interest of certain scientists who have engaged or do engage in this type of research, and whether they should have been as quick to dismiss a realistic possibility of an outbreak coming from the lab.

REICHARD: What about media complicity in following a certain narrative about the cause of the virus?

RUGGIERO: Well, I think when people look back at 2020, there will be a lot of—hopefully there'll be a lot of internal, you know, review of how the pandemic was handled in the media. You know, I still read articles even today, you know that the lab origin has been out there where you read an article and numerous times in the article it'll say “but there's no evidence for the lab origin theory.” They fail to also mention that there's really no evidence of the natural theory either other than there is a list of these types of viruses or other viruses, diseases that have come from nature. But that is not evidence that that happened in this circumstance. It’s not even circumstantial evidence. In fact, most of the testing that's been done in China has not found the origin species or even intermediate species. So I think, you know, looking at this particular subject, a little more fairness both in the scientific community and certainly in other communities would have been useful from the beginning.

REICHARD: Let’s talk policy for a moment. Obviously, we don’t yet know with certainty what happened in Wuhan. But we do know that the Chinese government was not forthright or cooperative. What do you think Washington should do in response to that?

RUGGIERO: Well, you know, regardless of the origin, even if it turns out, I mean, even if it turns out to be natural origin, or lab origin, the Chinese have hid information, and continue to do that. They did it early in the pandemic, they, you know, I was there chairing some of those initial meetings when I was at the National Security Council in 2020. And they hid from us that the asymptomatic spread, meaning, you know, without any symptoms—which certainly would have changed, potentially changed our initial approach. And so from a policy perspective, we have to think about accountability for China. They have to understand—they and other countries have to understand that there is no incentive and in fact, there should be a disincentive from hiding this information initially. And I think we also need to think about pandemic preparedness. I think as a country we have always assumed that all these countries that face these epidemics and potentially pandemics are working with us, not against us, right? And I think in this circumstance, and in the SARS early 2000s circumstance, there's a cadre of countries, most of them are going to be U.S. adversaries, that are going to hide this information from us. Pandemic preparedness is not ready for that. And I think as the Biden administration starts to emerge from this pandemic and look at preparedness, they need to look at that, and in those two circumstances, cooperating countries and non cooperating countries.

REICHARD: British and American intelligence agree that this theory needs to be investigated. Will Western countries unite around a conclusion about what really happened? And if so, might China respond differently?

RUGGIERO: I think what we're seeing now is we have to assume we may not get any additional additional information from China. I think for pandemic preparedness, we can have a group of countries, like minded countries with their scientists to really start to think through and map out—we've now had, you know, we've had SARS in early 2000. We've had MERS, which is another coronavirus, and we've had SARS CoV-2. We've had three of those in the last 20 or so years. But if the lesson we're taking from that is that everyone's on the same page and same pathway, and we're all swimming toward the same point, I think that's the wrong lesson and history shows that's not correct. And we need to figure out a way to fix that before the next pandemic.

REICHARD: As we heard earlier, the National Institutes of Health gave grant money to the Wuhan Institute of Virology. It did that through the nonprofit EcoHealth Alliance to do gain-of-function research on animal viruses. Gain-of-function, meaning to genetically enhance the pathogenic power of a virus. That’s something that could have led to the creation of the virus that’s now killed 3 million people worldwide.

If intelligence officials do prove that COVID-19 leaked from a lab in Wuhan, what responsibility does the United States have?

RUGGIERO: Well, I think there's two separate parts here. I think there's the research that might have been ongoing in the lab, and then there's the Chinese response. And I think that the two have been combined or conflated. To me, if it's an accidental release from research, we can certainly have that conversation about whether that research makes us more or less safe. So, taking a virus from the environment that is not currently transmissible or lethal to humans and studying that in a laboratory environment brings with it benefits and costs. And those need to be weighed. That's one aspect of it. The other, which I believe is more important, is that when you have an accidental release, the international community has agreed that countries will be as forthcoming and as transparent as possible, and the Chinese were not. So it's not that the research is not important. It certainly is important. But to me I think the first first question to investigate is, you know, what did the Chinese know? When did they know it? And why did they not share that with the world sooner?

REICHARD: Anthony Ruggiero is a senior fellow for the Foundation for Defense of Democracies. Anthony, thanks so much for joining us today!