Plus: Billy the Kid’s last stand, and Sandi Patty’s birthday

The login/sign up screen for a Twitter account is seen on a laptop computer Tuesday, April 27, 2021, in Orlando, Fla. John Raoux/Associated Press Photo 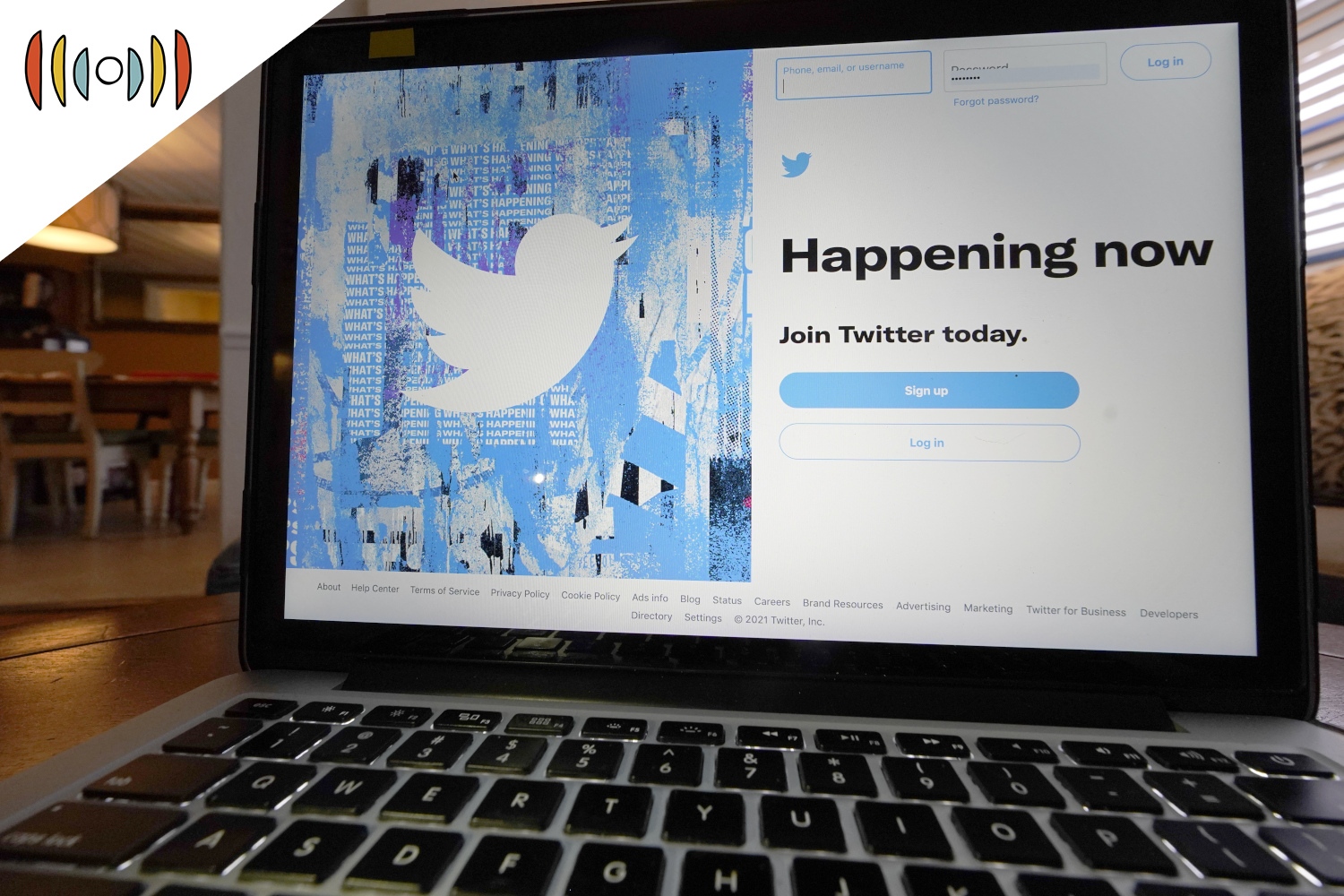 NICK EICHER, HOST: Next up on The World and Everything In It: The WORLD History Book. Today, social media gurus hatch a plan, a celebrated songstress celebrates 65, and an outlaw is outgunned. Here’s senior correspondent Katie Gaultney.

KATIE GAULTNEY, SENIOR CORRESPONDENT: In just 21 years, American outlaw Billy the Kid amassed several lifetimes’ worth of notoriety. But, the gunslinger’s life came to an end 140 years ago, on July 14th, 1881.

Born Henry McCarty, he had a rough go of things. He became an orphan at 15, then worked for the owner of a boarding house to earn a room. He began stealing food and clothing, and by the age of 17, he had killed a man. More followed. He adopted the sobriquet “Billy the Kid” working as a ranch hand in the American Southwest, always running from the law.

After he killed a sheriff in New Mexico, law enforcement took McCarty into custody. He escaped—as he had after previous arrests. But he couldn’t run forever. Two years passed before another New Mexico sheriff, Pat Garrett, apprehended McCarty. Newspapers advanced “Billy the Kid’s” legend as the criminal gave interview after interview. A judge sentenced him to hang until he was “dead, dead, dead,” but McCarty managed to evade his jailers yet again. He had eight murders under his belt when he escaped.

He was on the run for three months this time before Sheriff Garrett tracked McCarty down for a second time, this time fatally shooting the outlaw in Fort Sumner, New Mexico.

As happens with high-profile figures in the Wild West, McCarty’s legend grew, with many claiming that he hadn’t actually died at Garrett’s hand. Several men claimed to be “Billy the Kid,” as recently as 1948. Those claims remain unsubstantiated.

Moving from the death of a gunslinger to the birth of a songbird. Sandi Patty, dubbed “The Voice” in the Christian music industry, celebrates her 65th birthday July 12.

Patty was born in Oklahoma City to a family of church musicians. She moved with her parents and brothers to Phoenix and then San Diego, performing in churches as the “Ron Patty Family” band. She studied voice and piano through college, singing backup and performing commercial jingles, like this one for Juicy Fruit gum in the 1970s:

About that time, famed Christian musician Bill Gaither took notice of the gifted singer and provided Patty opportunities to shine.

She routinely sold out music venues, performing about 200 concerts a year at the peak of her career. But after a meteoric rise, Patty’s star began to fall amid rumors of marital infidelity. Patty and her former manager, John Helvering, announced their divorce in 1993. She married one of her backup singers, Don Peslis, two years later, and confessed to her church that she and Peslis had carried out an extramarital affair. She spoke to Family Life’s Ron Deal last year, after 25 years of marriage to Peslis, about repentance.

PATTY: … I wish I could take that back, I can’t take that back. All I can do, and I think this is what Don and I have really tried to do is… biblical steps of restoration.

After spending the latter half of the 1990s out of the spotlight, Patty began performing with symphony orchestras in the early 2000s and had guest spots on television shows like 7th Heaven. She joined the Gospel Music Hall of Fame in 2004. Patty has decided to hold off on touring to spend more time with her family, including several grandchildren. She’s written seven books and released over 40 albums.

And we’ll round off today’s entries with the chirp heard round the world.

July 15, 2006, saw the birth of Twitter. Today, the social media platform is a digital behemoth, boasting about 6,000 employees and over 300 million users worldwide. But it took 15 years to get there.

It started as a side project by Odeo, a podcasting platform. Tech engineer Jack Dorsey stepped up to the plate with an idea that would allow users to send short group texts. That morphed into microblogging similar to what we see today.

The platform launched to the public in July with a 140-character limit for messages. Its popularity exploded. President Obama routinely used the service.

OBAMA: I am going to make history here as the first president to live tweet.

When the company went public in November 2013, analysts valued it at just over $31 billion.

In contrast to other networks, like Facebook and Instagram, people regard Twitter as a place to find cultural analysis and breaking news. Politicians have used Twitter to great effect—notably former President Donald Trump. He leaned into the power of the “Twittersphere” to promote his brand and platform in 2016, only to land in hot water with the Twitter “powers-that-be” in the fallout from the contentious 2020 election. CBS reporting last year:

Today, that engineer with the idea for a group text service is now Twitter’s CEO. Jack Dorsey has come under fire for his efforts to censor his site’s content in this age of tense public discourse.

DORSEY: We believe in free expression. We believe in free debate and conversation to find the truth. At the same time, we must balance that with our desire for our service not to be used to sow confusion, division, or destruction.

The jury is out on Dorsey’s tactics.