History Book - The world gets its first vaccine

WORLD Radio - History Book - The world gets its first vaccine

Plus: The Donner Party sets out for California, and a famous TV critique

Painting of Dr Jenner performing his first vaccination on a child, 1796 Wikimedia Commons 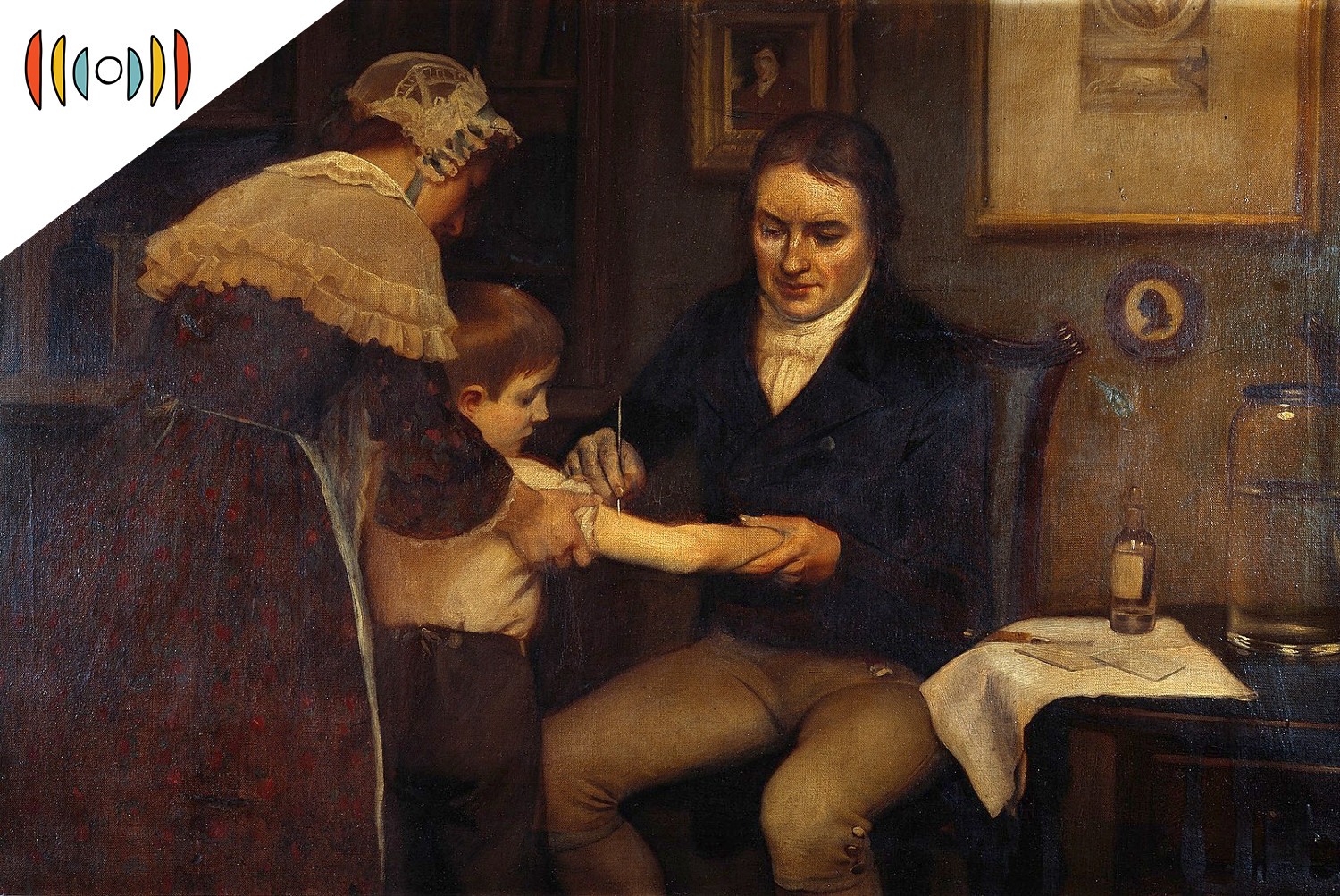 MYRNA BROWN, HOST: Today is Monday, May 10th. Good morning! This is The World and Everything in It from listener-supported WORLD Radio. I’m Myrna Brown.

NICK EICHER, HOST: And I’m Nick Eicher. Next up on The World and Everything in It: The WORLD History Book.

Today, historical confrontations: Taking on the Western frontier as well as television broadcasters. And taking on a deadly disease.

Right, ok, not so new and different now. But, 225 years ago, on May 14th, 1796, English physician Edward Jenner administered the first vaccine. The “father of immunology” aimed to eradicate a deadly illness: smallpox.

The fatality rate of the common smallpox virus was around 30 percent. Patients who survived were scarred for life. Dr. Donald Hopkins spoke to the History Channel about smallpox’s devastating effects.

HOPKINS: This virus killed people by destroying internal systems. We could see what it was doing to the outside of the body, the skin. But in fact the same thing was happening to the intestines, to the lining of the lungs, and to those kinds of vital organs...

Milkmaids were generally immune to smallpox at the time. They were known to get an illness called cowpox instead from their dairy cows.

It was similar to smallpox, but much less serious. So Jenner put two-and-two together, hypothesizing that the pus in those blisters protected the milkmaids from smallpox. Dave Farina, a science educator, explains what Jenner did next.

FARINA: What Jenner decided to try in 1796 was to inoculate a young boy with the pus from a milkmaid’s lesions and then a few days later challenge him with the live smallpox virus…

The boy developed a fever, but never a full-blown infection, and he showed repeated resistance to the virus.

Owing to Jenner’s bovine-related research, the term vaccine actually comes from the Latin word for cow. In the decades following Jenner’s work, smallpox vaccine efforts rolled out little by little, with a global campaign beginning in 1950. By 1980, the World Health Organization deemed smallpox eradicated. Historians say Jenner’s medical achievement perhaps saved more lives than the work of any other person.

Turning now to a story of hardship and grim survival. It’s been 175 years since the Donner party of pioneers set out from Missouri for California. The notion of “manifest destiny” motivated settlers who believed America was meant to stretch from coast to coast. On May 12th, 1846, they packed up and headed west on the Oregon Trail.

In July, around 80 settlers—led by George Donner and James Reed—decided to break off and try a shortcut. The route proved difficult, and it turned disastrous when the party became snowbound in the Sierra Nevada Mountains. Historian Donald Buck told PBS in 1992 that Reed was warned that the difficult terrain would be hard on wagons, but he proceeded with the shortcut anyway.

BUCK: Why Reed didn’t take the advice he got at Fort Laramie? I don’t know that there’s an answer to that question. He was an intelligent man, decisive. I don’t know, it’s always, I guess, our insatiable desire to take a shortcut in life, thinking it will get us there, and invariably it doesn’t.

Rescue attempts were slow going. It took four separate crews two months to reach the stranded settlers. Most of the survivors had made the gruesome choice to eat the remains of those who had already died. One contingent even killed two Miwok Native Americans in their party for the sole purpose of eating them. About half of the 80-some-odd migrants survived.

Turning now to the speech historians say marked the end of the “Golden Age of Television.”

MINOW: When television is good, nothing—not the theater, not the magazines or newspapers—nothing is better.

Sixty years have passed since Federal Communications Commission Chairman Newton Minow gave his “vast wasteland” speech on May 9, 1961. In addressing the convention of the National Association of Broadcasters, the newly appointed chairman highlighted the need for more programming that served the public interest. He challenged broadcasters to watch a full day of television, without distractions.

MINOW: I can assure you that what you will see is a vast wasteland. You will see a procession of game shows, formula comedies about totally unbelievable families, blood and thunder, mayhem, violence, sadism, murder, western bad men, western good men, private eyes, gangsters, more violence, and cartoons. And endlessly, commercials—many screaming, cajoling, and offending. And most of all, boredom.

He urged network executives to consider their platform. They could provide programming that’s educational, informative, and that serves children and families. But, he said the broadcasters had failed, and it was time to set a new course.

MINOW: Gentlemen, your trust accounting with your beneficiaries is long overdue. Never have so few owed so much to so many. [APPLAUSE]

Minow’s focus on high-quality television paved the way for the launch of PBS. Decades later, Minow’s daughter said his remarks “shocked a complacent industry.” The assertive speech didn’t sit well with the audience though. Sherwood Schwartz produced Gilligan’s Island—exactly the type of sitcom Minow had railed against. As a tribute to the FCC Chairman, Schwartz named Gilligan’s ill-fated boat the S.S. Minnow.