Plus: the birth of an evangelist, and the demotion of a former planet

Destroyed Palace and other buildings after the attack in the Anglo-Zanzibar War Photo/Richard Dorsey Mohun, public domain 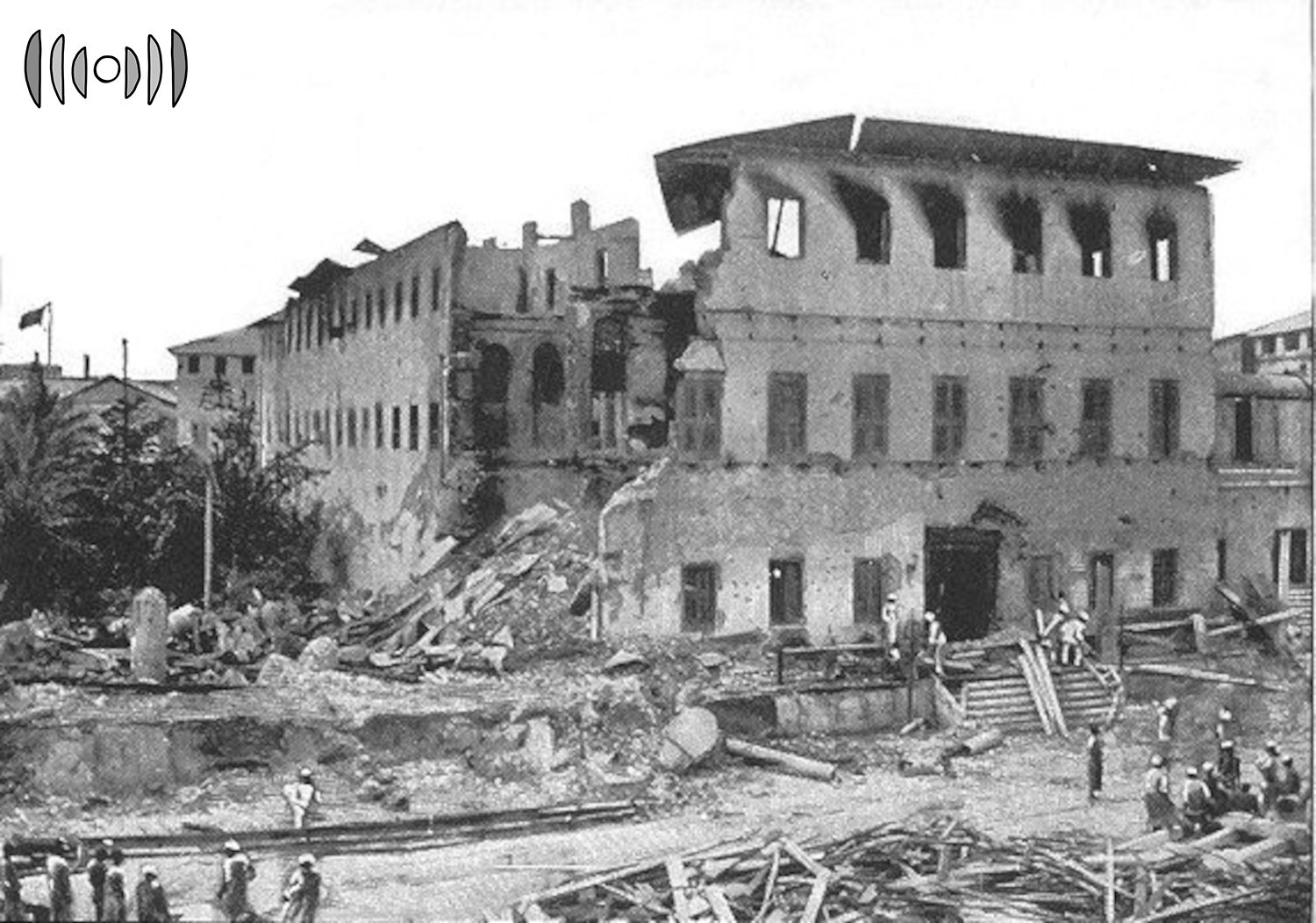 NICK EICHER, HOST: Next up on The World and Everything in It: The WORLD History Book. Today, a planet falls from grace, the shortest war on record, and a linguist makes a Kingdom impact. Here’s senior correspondent Katie Gaultney.

KATIE GAULTNEY, SENIOR CORRESPONDENT: India’s third most popular religion is Christianity—after Hinduism and Islam. Some scholars believe Thomas, the apostle of Jesus, introduced the Christian faith to the region as early as 52 A.D. South Indian Christians credit missionary and linguist Robert Caldwell with making the gospel available in the local vernacular. Caldwell died in his adopted home state of Tamil Nadu 130 years ago, on August 28, 1891.

The son of poor Scottish parents, Caldwell trained with the London Missionary Society before arriving in India at age 24. There, he took on a serious study of the Tamil language so he could effectively evangelize to the locals.

Being able to speak the local vernacular is crucial. Sarah Colby grew up as the child of missionaries with Wycliffe Bible Translators. She recalls a story about one of Wycliffe’s founders, William Cameron Townsend, and an interaction he had when serving as a missionary in Guatemala.

COLBY: … was preaching the gospel, and someone approached him and said, “Look, if your God loves me so much, why doesn’t he speak my language?”

Caldwell made inroads with the locals, particularly in the lower castes. Alongside his evangelism efforts, Caldwell took up a scholarly interest in linguistics. Linguists previously believed South Indian languages had roots in Sanskrit, but Caldwell wrote a book asserting they should be a language class all their own. Today, linguists generally agree that those languages—known as Dravidian—stand alone.

In recognition of Caldwell’s 50-year mission, a statue of the evangelist sits near Marina Beach in Chennai. In 2010, the government of Tamil Nadu issued a postage stamp in his honor.

And going westward across the Indian Ocean, we find ourselves in the island country of Zanzibar, off the coast of Tanzania.

The Anglo-Zanzibar War lasted just over half an hour—from 9:02 to 9:40 local time. The furor erupted after the sudden death of Zanzibar’s pro-British sultan. When that sultan’s nephew assumed the throne, he violated a treaty with England that said the British would pick the next leader. England’s leaders asked Sultan Khalid bin Barghash to step down so they could install their preferred sultan, but Khalid responded by barring himself in the palace and calling up the palace guards.

The British responded with force, sending their navy to depose Khalid. Nearly 3,000 defended the palace against the British—some civilians, but most were palace guards, servants, and slaves. In minutes, British forces sank three Zanzibari ships, and at some point during the skirmish, a fire broke out in the palace. The fighting ceased when the sultan’s flag was shot down from the palace.

About 500 Zanzibaris died or sustained injuries during the fighting. Only one British soldier was wounded, but he later recovered. Khalid fled to German East Africa, while the British installed their preferred sultan as the head of what was largely a puppet government.

Moving from a sultan’s fall from power to the demotion of a planet.

Fifteen years have passed since the International Astronomical Union redefined the term “planet,” and kicked Pluto’s planetary status to the curb. It designated Pluto a “dwarf planet” on August 24th, 2006.

At the time of Pluto’s discovery in 1930, scientists classified it as the ninth planet in our solar system. Dave Farina, a science educator, says the decision to downgrade Pluto after over 75 years of “planethood” wasn’t personal…

FARINA: This decision had a firm logical basis. Besides Pluto’s tilted and eccentric orbit, Pluto is much, much smaller than any of the planets.

As celestial bodies go, Pluto is small. It’s only about two-thirds as wide as Earth’s moon.

And it’s one of a series of objects in a ring—called the Kuiper belt—on the fringes of the solar system. Many of those objects have the same volume as Pluto. There’s just a lot of big stuff around it. So when the IAU instituted some new conditions for “planethood” back in 2006, Pluto failed on the third and final condition: Planets must have “cleared the neighborhood.” So, Pluto joined the ranks of a handful of others before it—Ceres and Juno, to name a couple—to be demoted from “planet” status.

But, those of us who grew up with the mnemonic device, “My Very Educated Mother Just Served Us Nine Pizzas” to remember the order of the planets may be hoping Pluto starts getting a little more respect in astronomy circles.