History Book - The hijacker who got away

WORLD Radio - History Book - The hijacker who got away

Plus: a crash on the red planet, and the death of a makeup maven

This undated artist's sketch provided by the Federal Bureau of Investigation shows a rendering of the skyjacker known as 'Dan Cooper' and 'D.B. Cooper', from the recollections of passengers and crew of a Northwest Orient Airlines jet he hijacked between Portland and Seattle, Nov. 24, 1971, Thanksgiving eve. FBI/Associated Press Photo 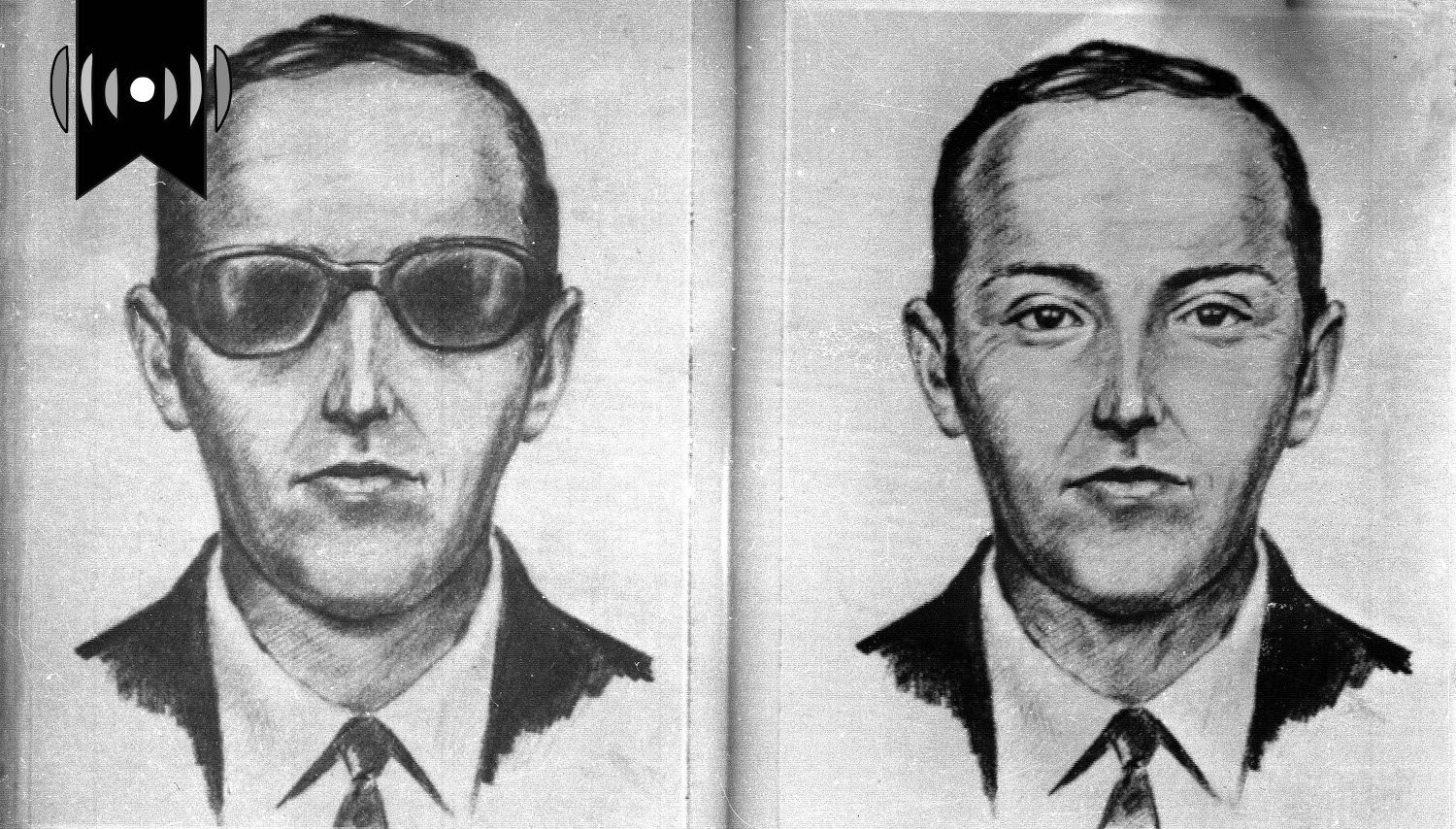 NICK EICHER, HOST: Today is Monday, November 22nd. Good morning! This is The World and Everything in It from listener-supported WORLD Radio. I’m Nick Eicher.

MARY REICHARD, HOST: And I’m Mary Reichard. Next up: The WORLD History Book. Today, farewell to a makeup maven, a wreck on the red planet, and a high-altitude heist. Here’s senior correspondent Katie Gaultney.

KATIE GAULTNEY, SENIOR CORRESPONDENT: It was a dark and stormy night 50 years ago over Washington state when a hijacker parachuted from a commercial flight with a knapsack containing $200,000.

That sum equals about $1.3 million in today’s dollars. It was ransom money, assembled hastily by the FBI. They never caught the hijacker, known only as Dan or “D.B.” Cooper—not his real name.

He boarded a Northwest Orient Airlines flight from Portland to Seattle on November 24th, 1971. It was only a 30-minute flight, with no security checks. Passengers and airline employees described “Cooper” as a middle-aged, white man, dressed neatly in a suit and tie. After the flight had taken off from Portland, he handed a flight attendant a note, telling her he had a bomb in his briefcase.

Ralph Himmelsbach was a retired FBI agent who worked on the Cooper case as soon as air traffic control alerted him. He talked to National Geographic about his decision to advise the airline to meet Cooper’s demands.

HIMMELSBACH: Here’s an airplane full of innocent people. They’re hostages being held at threat of their lives, so I said, “Whatever it takes, do it if you can.”

Cooper demanded money, four parachutes, and a refueling truck standing by in Seattle. Once the plane landed in Seattle, a senior Northwest Orient employee delivered the items to Cooper, and Cooper agreed to release the passengers and two flight attendants. The remaining flight crew established a plan with Cooper to continue toward Mexico, refueling once in Reno.

But, Cooper lowered the airstair somewhere over southwest Washington shortly after takeoff and parachuted out, with the bag of money tied around his waist. From a television news report the next day:

BILL CURTIS: Police believe he left the 727 in the flatlands of Oregon or Washington, but they’re still looking in four states, even around the airport.

Authorities never found the hijacker. But, in 1980, an 8-year-old boy found nearly $6000 of the ransom money submerged in the area around the suspected jump site. That discovery didn’t turn up any leads. The FBI officially suspended its investigation in July 2016—45 years after the heist.

Moving from a notorious skydive to an unfortunate crash landing.

The Soviet space program made history on November 27th, 1971, with its Mars 2 mission. The round, uncrewed Mars 2 lander became the first man-made object to reach the surface of Mars. And it’s arrival was explosive—literally. After it deployed from its orbiter, the lander hurtled toward Mars at a speed of nearly 4 miles a second, crashing on the surface and becoming inoperable.

But, a feather in the space helmets of NASA: The U.S. space program’s Viking Project became the first mission to land a spacecraft safely on Mars’ surface five years later, in June 1976. Those missions convinced most scientists that life doesn’t exist on Mars. But, some in the aerospace field aim to change that. Both NASA and SpaceX have proposed plans that would send crews to Mars before the decade is out.

And from the red planet to pink Cadillacs.

Twenty years have passed since the death of Mary Kay Ash, the American businesswoman who founded Mary Kay, Inc. She died at age 83 on November 22nd, 2001.

COMMERCIAL: Mary Kay is a scientifically formulated skincare system, created to work with your type of skin…

The blonde started her cosmetics empire in 1963, at age 45, turning a $5000 investment into a 500-square foot cosmetics boutique in Dallas. The formulas for her face creams came from a tanner by trade—as in, a person who tans animal hides. But Ash said over the years that the company wasn’t just in the business of beauty products; she aimed to empower women in the workplace. She spoke to KRTV in Montana in 1982 about her company’s start.

ASH: In 1963, there was no such thing as a liberated woman. You walk two paces behind the boss, and getting into the executive suite was absolutely out of the question…

Ash had worked as a corporate trainer for cleaning supply company Stanley Home Products, and found that she’d often onboard corporate greenhorns, only to find those men becoming her boss within a matter of months. She said she began asking herself why, if she could train these executives, couldn’t she become one herself?

ASH: And so Mary Kay Cosmetics was born.

But, Ash—a mother of three grown children when she started her company—didn’t want women to succeed at the expense of their families. Again, speaking to the KRTV reporter.

ASH: So faith is number one in your life, we know that you put God first. Family second, job third, because it’s my opinion that if you make the most money in all the world and have to go home and count it by yourself, and lose your family in your process, it’s not worth it.

At the time of Ash's death, Mary Kay had nearly a million sales reps in 37 countries, with total annual sales topping $200 million.