Plus: A historic Supreme Court nomination, and a bioterror threat

A sign for The New York Times hangs above the entrance to its building, Thursday, May 6, 2021 in New York Mark Lennihan/Associated Press Photo 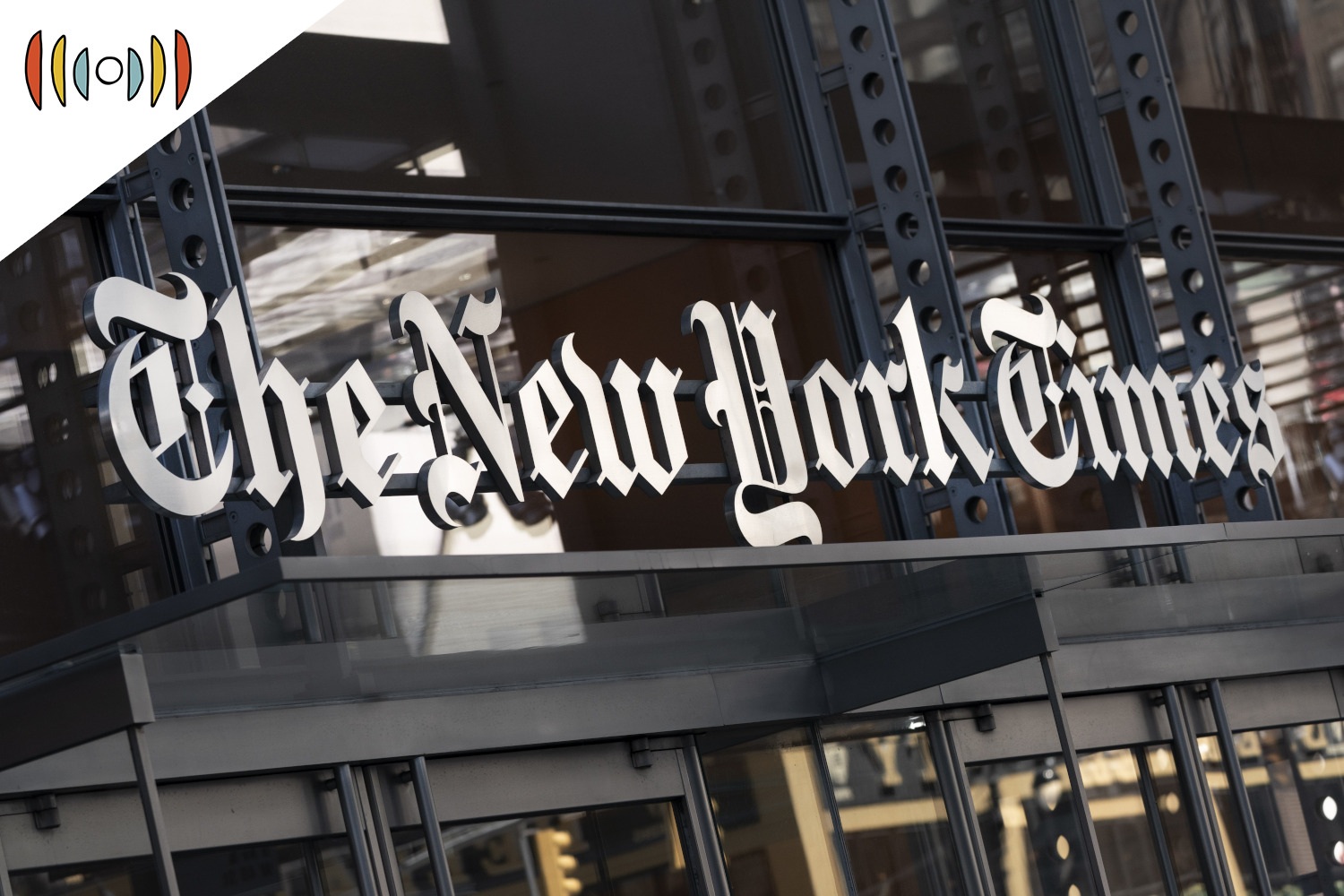 NICK EICHER, HOST: Today is Monday, September 13th. Good morning! This is The World and Everything in It from listener-supported WORLD Radio. I’m Nick Eicher.

KATIE GAULTNEY, SENIOR CORRESPONDENT: Well, different folks will end up on different sides of the debate over whether today’s first milestone is one worth mentioning. The New York Times was born 170 years ago, when it was published as The New-York Daily Times on September 18th, 1851.

It's long been regarded as the country's premiere newspaper, but claims of liberal bias have marred its reputation in recent decades. Fox News host Sean Hannity:

One example of its left-leaning tendencies: The paper hasn’t endorsed a Republican Party member for president since Dwight D. Eisenhower in 1956.

But, its origins were altruistic enough. Henry Jarvis Raymond, a journalist and politician, joined forces with banker George Jones to found the paper. They sold that first issue for just a penny, and they put forth a sort of mission statement to explain where the Times was coming from:

KIM RASSMUSSEN: We shall be Conservative, in all cases where we think Conservatism essential to the public good;—and we shall be Radical in everything which may seem to us to require radical treatment and radical reform. We do not believe that everything in society is either exactly right or exactly wrong;—what is good we desire to preserve and improve;—what is evil, to exterminate, or reform.

Moving from the paper known as the “Gray Lady” to another lady: The first woman to become a U.S. Supreme Court justice.

It’s been 40 years since the Senate Judiciary Committee unanimously approved President Ronald Reagan’s appointment of Sandra Day O’Connor to sit on the nation’s highest court. That happened on September 15th, 1981.

REAGAN: During my campaign for the presidency, I made a commitment that one of my first appointments to the Supreme Court vacancy would be the most qualified woman that I could possibly find. Now, this is not to say that I would appoint a woman merely to do so.

O’Connor caught President Reagan’s attention as a judge and a Republican elected official in Arizona. Analysts considered O’Connor a swing vote, though she most frequently aligned with the court's conservative bloc.

The topic of abortion put O’Connor in the hot seat during the confirmation process. Pro-life groups expressed their discontent, believing she would not overturn Roe v. Wade. During the hearing, O’Connor answered Senator Strom Thurmond’s question about her personal views on abortion candidly:

O’CONNOR: My own view in the area of abortion is that I am opposed to it as a matter of birth control or otherwise. The subject of abortion is a valid one in my view for legislative action.

Eleven years after her confirmation, the issue of abortion did land on her docket. And it turns out those pro-life groups were right; she didn’t move to overturn Roe. With two of her fellow justices, she co-authored the lead opinion in Planned Parenthood v. Casey. That case arose from a challenge to a Pennsylvania law that would have required spousal notice prior to an abortion, among other stipulations. Ultimately, the Supreme Court’s ruling reaffirmed a woman's right to get an abortion, but it did give states new opportunities to impose limits.

In 2005, O’Connor announced her plans to retire to support her husband as he battled Alzheimer’s disease. Samuel Alito took her place on the Court in January 2006.

And we’ll close with a brief reminder of the terror our country faced after the September 11 attacks—this time in the form of bioterrorism.

COURIC: Now to the homefront and those concerns over anthrax in Florida. After one man died from the illness and his coworker was contaminated, the FBI has taken over the investigation.

It’s been 20 years since the first mailing of anthrax letters from Trenton, New Jersey, on September 18th, 2001.

Those letters targeted members of the media and two Democratic U.S. Senators. Each mailing contained just one gram of powdered spores—about the amount of sugar in a sugar packet. Dr. Ali S. Khan worked in emergency preparedness for the Centers for Disease Control. In an informational video, he talked about why terrorists find anthrax a desirable weapon.

KHAN: Anthrax is the most likely agent to be used in a biologic attack. It only takes a small amount to infect a large number of people. It’s inexpensively grown from just a few spores and can be easily engineered to be drug resistant.

LAUER: This is next, take penicillin now, death to America, death to Israel, Allah is great…

In total, 22 people became infected, and five of them died. Government investigators suspected a U.S. Army medical researcher, Bruce Ivins, of carrying out the attacks. Ivins committed suicide in 2008 when he learned the FBI planned to file criminal charges against him. Doubts remain around whether Ivins acted alone.