History Book - The birth of a wax maven

WORLD Radio - History Book - The birth of a wax maven

Plus: the Million Dollar quartet, and Enron’s collapse 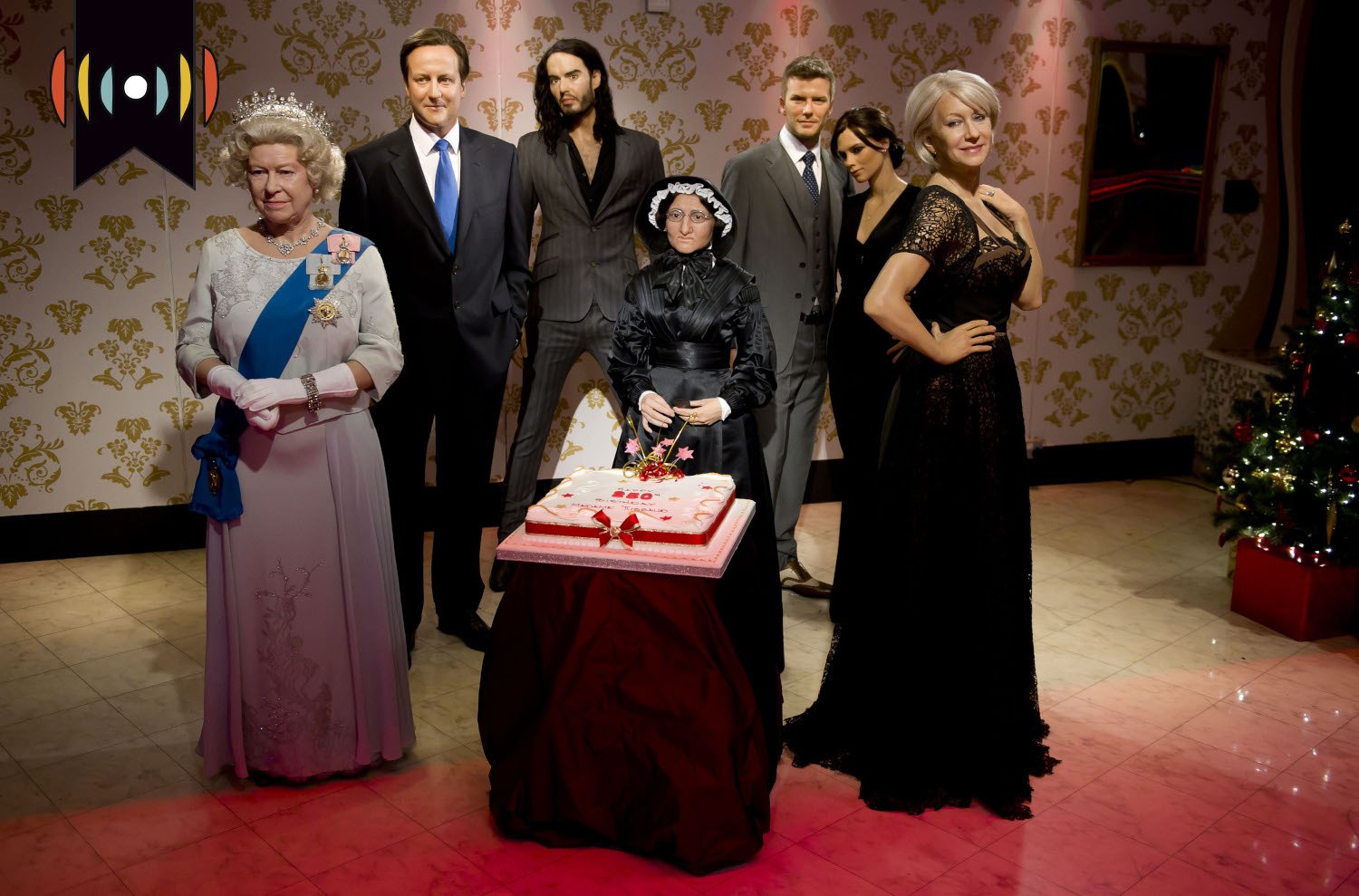 NICK EICHER, HOST: Today is Monday, November 29th. Good morning! This is The World and Everything in It from listener-supported WORLD Radio. I’m Nick Eicher.

MARY REICHARD, HOST: And I’m Mary Reichard. Next up: The WORLD History Book.

KATIE GAULTNEY, SENIOR CORRESPONDENT: People-watching: Observing others while we wait at airports, in lines, or on a park bench. It’s a pastime falling by the wayside in the age of the smartphone. But, 260 years ago, the birth of someone who redefined people-watching: “Madame” Marie Tussaud. She was born on December 1st, 1761.

Anna Maria Grosholtz was born in France, on the border with Germany, but at age 6, she moved to Switzerland. There, she learned wax modeling from the local physician. She moved to Paris as a child, still dabbling in wax portraiture. She made a figure of Voltaire when she was about 15. Her skill earned her favor with the French royal family. She married Francois Tussaud, and together they had three children.

But, the French Revolution dawned, and she found herself on the outs with revolutionaries. They called her a royal sympathizer and forced her to make models of the victims of the guillotine.

Those models were then put on pikes and displayed to further the cause of the Republic. From the YouTube channel Trending Stories:

NARRATOR: The mannequins acted as a kind of real-time political commentary, and it was always Marie’s job to make the death masks of the recently deceased.

After those events, in 1802, Madame Tussaud decided to make a new life. She moved to England and set up a traveling waxwork museum. Juliet Simpkins worked in publicity for Madame Tussaud’s in London when she spoke to CSPAN in 1994.

SIMPKINS: There was no public transport, so if you were to be entertained, entertainment would come to you. So, Madame Tussaud spent 33 years traveling to the main cities and towns all over Britain…

Some of her waxwork molds still exist, with figures on display even today. Eventually, she set up a permanent museum location on Baker Street in London. That flagship museum remains in its original location, with nearly 30 other locations around the world.

And from art to music. Sixty-five years ago, on December 4th, 1956, the so-called Million Dollar Quartet got together and jammed at Sun Studio in Memphis, Tennessee.

The quartet included superstars Elvis Presley and Johnny Cash, along with Carl Perkins of “Blue Suede Shoes” fame. Newcomer Jerry Lee Lewis joined too, singing and playing piano. The session was impromptu; Perkins and Lewis were there to record their own projects, but Cash and Pressley just happened to drop in.

They riffed on the kind of gospel music they all grew up on, laying down a few tracks before parting ways. The local paper wrote an item on it, dubbing the foursome the “Million Dollar Quartet.”

Sun Studios didn’t release the tracks to the public until 25 years later, in 1981. It was a sort of musical lightning in a bottle, the first and last time the foursome would record together.

And from pressing piano keys to pushing paper.

KPRC NEWS: Yeah, everybody’s concerned about their job./ As it is right now, I think everyone’s a little in shock./ People don’t know if they’ll be getting their paychecks on Friday.

Houston-based energy company Enron began 2001 apparently strong. It had annual revenues of $100 billion, and 30,000 employees. But by December, they had stunned the business world with the largest bankruptcy ever, at the time. That unfortunate milestone came 20 years ago, on December 2nd, 2001. One former Enron employee told documentary filmmakers about the sinking feeling of that day.

EMPLOYEE: We all felt like we were on the Titanic and the last lifeboats had long gone, and we were just now on the sinking ship.

That clip from the 2005 movie, “Enron: The Smartest Guys in the Room.” Besides the massive bankruptcy reorganization, Enron’s demise also signaled the greatest audit failure of all time. CEO Kenneth Lay had, over the course of many years, assembled an executive team that leaned on accounting loopholes and other questionable financial practices. They concealed billions of dollars of debt resulting from mismanagement, deceiving the company’s board of directors and urging its long-time accounting firm, Arthur Anderson, to turn a blind eye.

Investment banks had a part in prolonging the deception, propping up hundreds of special purpose entities, or shell companies. Michigan Senator Carl Levin, at the 2002 Senate hearing over Enron’s financial improprieties, pointed to Wall Street’s complicity in the scandal.

LEVIN: As disturbing as Enron’s own misconduct is the growing evidence that leading U.S. financial institutions not only took part in Enron’s deceptive practices, but at times designed, advanced, and profited from them.

As seismic as Enron’s unscrupulous dealings were, the company didn’t hold the title of “largest corporate bankruptcy in U.S. history” for long. The WorldCom scandal eclipsed it the following year.