A timeline of the terror attacks on September 11, 2001 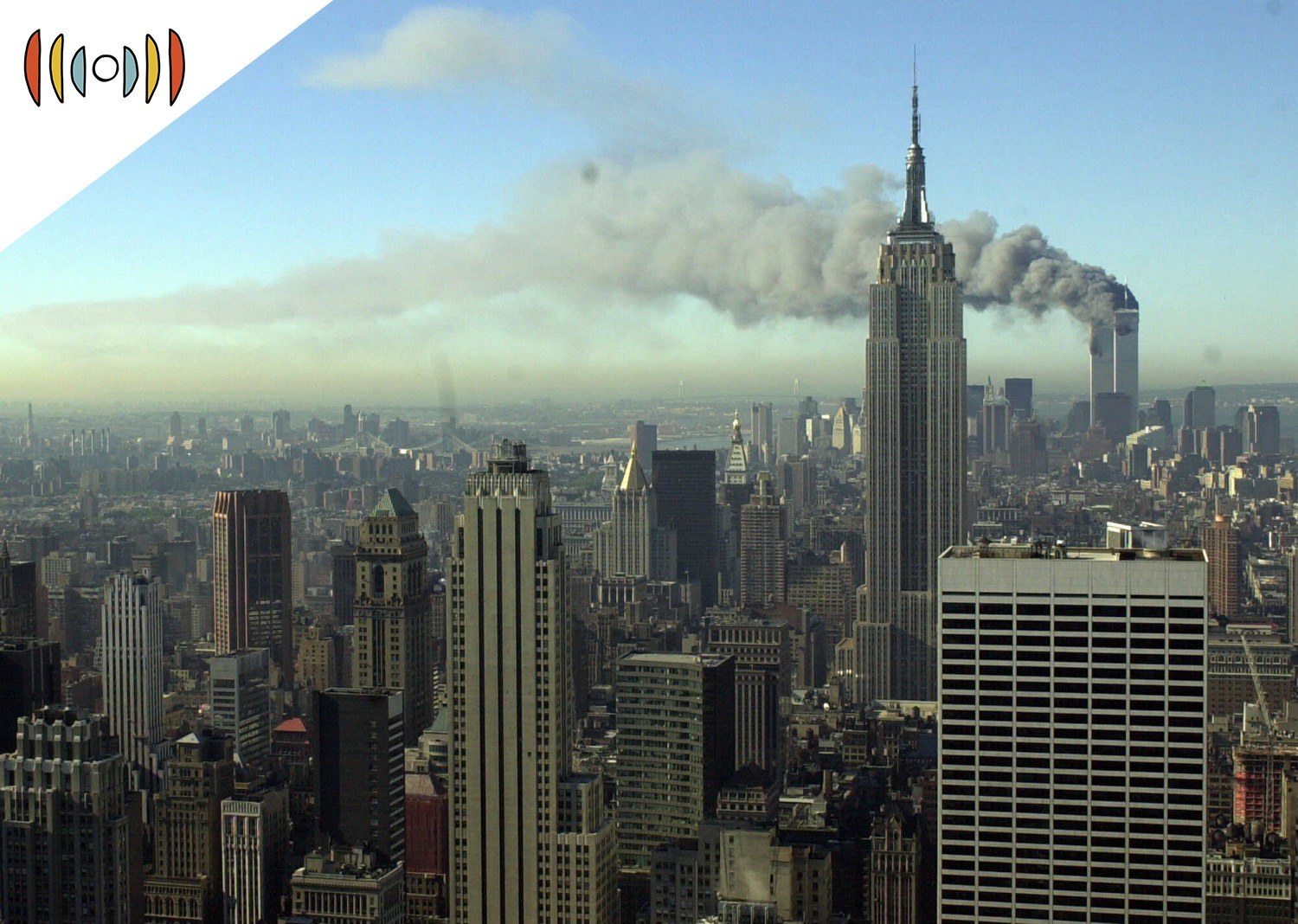 NICK EICHER, HOST: Next up on The World and Everything In It: The WORLD History Book.

Now, a change from our typical format as we remember the events of September 11th, 2001—20 years ago this coming Saturday.

Here’s senior correspondent Katie Gaultney with a vivid remembrance of that dark day.

But by the time polling stations opened at 6 a.m., hijackers—hellbent on creating terror—had already boarded a flight.

More terrorists waited at airports for their flights, preparing to rain death and destruction over the United States. What follows is an account of many of the tragic—and heroic—events that unfolded two decades ago.

8:14 a.m.—United Airlines Flight 175 takes off from Boston for Los Angeles. Nine crew members, 51 passengers, and five hijackers are on board.

8:19 a.m.—Another Boston to LA flight, American Airlines Flight 11, has already been airborne for 20 minutes. Crew members call in a hijacking in progress.

SOUND: American 11, are you trying to call?/ The cockpit is not answering their phone…

A passenger who likely tried to stop the attack has been stabbed to death. Aboard are 76 passengers, 11 crewmembers, and 5 hijackers.

8:20 a.m.—Just one minute after the distress call from Flight 11, American Airlines Flight 77, en route to Los Angeles, takes off from Washington, D.C.

Six crew members, 53 passengers, and five hijackers are on board.

SOUND: Is that American 11 trying to call?/ We have some planes. Just stay quiet and we’ll be okay…

8:42 a.m.—After a delay, San Francisco-bound United Airlines Flight 93 takes off at Newark, New Jersey. On board are 33 passengers, seven crew, and four hijackers.

8:50 a.m.—President George W. Bush is visiting a Sarasota, Fla. elementary school when an aide alerts him of the crash. They assume this is a tragic accident.

9 a.m.—Port Authority police order the evacuation of the entire World Trade Center complex. At the same time, a flight attendant aboard Flight 175 reports to ground personnel that a hijacking is underway.

SOUND: United 175 here. We have some problems over here right now. We may have a hijack over here, two of ‘em…

9:05 a.m.—President Bush learns that a second plane has crashed into the World Trade Center.

BUSH: Two airplanes have crashed into the World Trade Center in an apparent terrorist attack on our country. Terrorism against our nation will not stand.

9:36 a.m.—Vice President Dick Cheney evacuates to a bunker beneath the White House.

SOUND: This is Gofer zero-six, it looks like that aircraft crashed into the Pentagon, sir (sirens)...

The crash marks the first significant foreign attack on Washington's government facilities since the British burned the city during the War of 1812.

REPORTER: You can see the two towers, a huge explosion now, raining debris on all of us, we better get out of the way!

9:59 a.m.—After burning for nearly an hour, the South Tower collapses in just 10 seconds. More than 600 people in and around the building perish.

Meanwhile, aboard United Flight 93, passengers have decided to fight back, overpowering the terrorists in the cockpit. Some passengers are able to make calls in-flight to loved ones.

SOUND: Jules, this is Brian. On an airplane that’s been hijacked. If things don’t go well, and it’s not looking good, I absolutely love you…

10:15 a.m.—The Pentagon's outer ring collapses. Those who built the Pentagon broke ground on the facility 60 years to the day before the 2001 attacks.

10:28 a.m.—The North Tower collapses after burning for just over 100 minutes.

More than 1,600 die in and around the building.

The next few hours bring small glimmers of hope for rescuers: A group of 16 survivors emerged from a North Tower stairwell. First responders find precious few survivors in the rubble.

Then, at 5:20 p.m., 7 World Trade Center collapses—with no casualties—after burning for hours.

At 8:30 p.m., President Bush addresses the nation again, this time from the White House …

BUSH: These acts of mass murder were intended to frighten our nation into chaos and retreat. But they have failed. Our country is strong.

BUSH: None of us will ever forget this day, yet we go forward to defend freedom and all that is good and just in our world. Thank you. Good night. And God bless America.

The heinous acts, the deaths and destruction from 20 years ago are all self-evident. The "Perpetrator" hides behind the mask of various Ethnic, Religious, and Ideologic entities. He uses these to carry out and implement his nefarious plan and will on Earth. We are mistaken, near sighted, to think that somehow a secular State can bring law and order and justice to any country, let alone the world. Ultimately it is the Church, the risen conquering Jesus Christ that brings a yet future victory. His plan is working out from day to day. In our small sphere of influence we can love as we reach out with His gentle and lowly arms and touch others for his sake.

Not much has changed as Western society circles the drain and States rise and fall and national boundaries are erased and redrawn. People groups are targeted for eradication. Political ego and posturing continue with little pretext of actually caring for anything but themselves and their Party agenda. Most human institutions fail miserably at accomplishing anything of true good. And yet the Church of Christ our only hope grows in #1 Iran, #2 Afghanistan (yes it has the 2nd fastest growing church in the world!) Korea, China and around the world. Where persecution is greatest people are turning to Jesus our only hope and solace.