Plus: MTV makes its debut, and the World Wide Web opens to the public 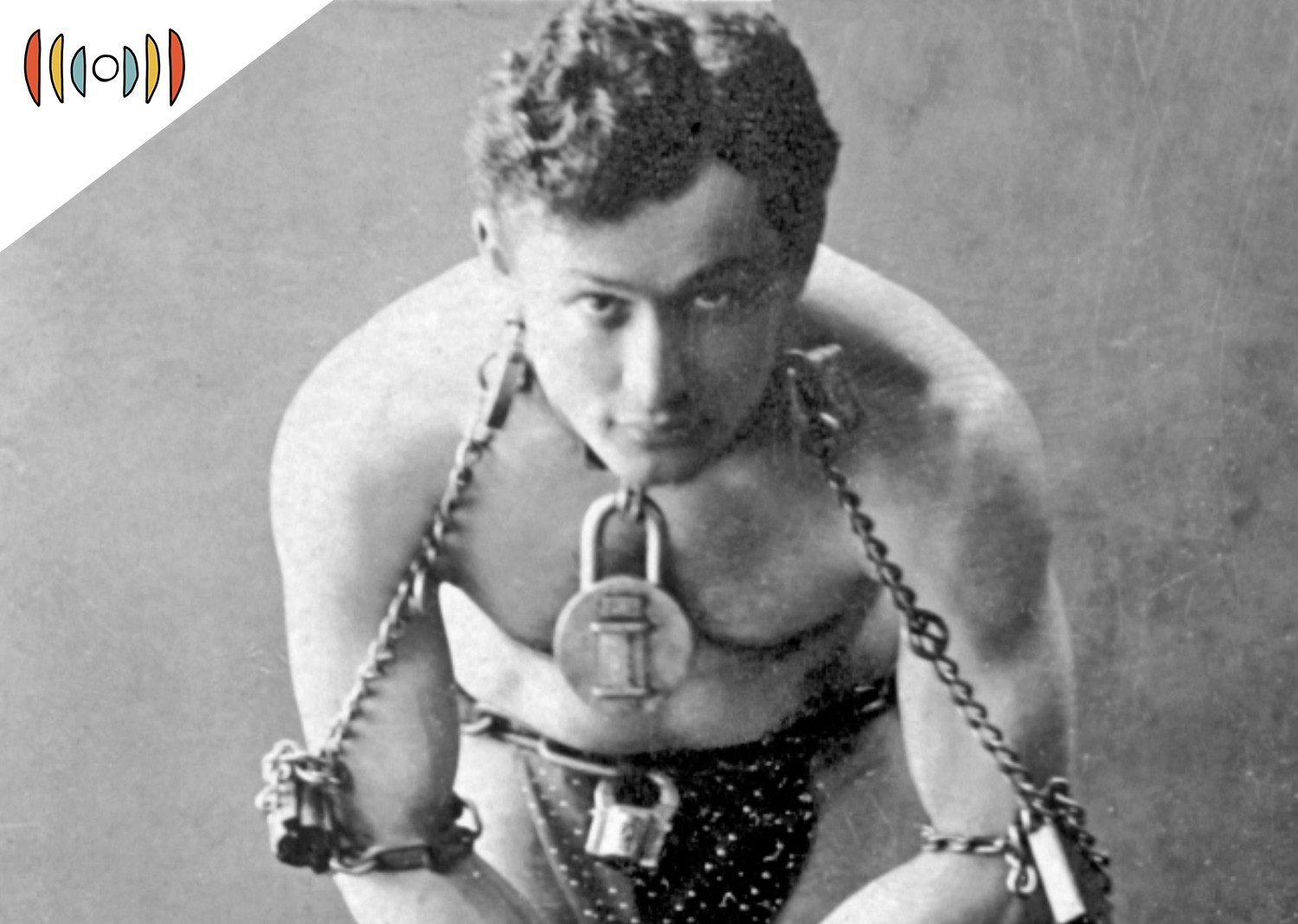 MARY REICHARD, HOST: Next up on The World and Everything In It: The WORLD History Book. Today, the wild, wild West of the World Wide Web; video takes aim at the radio star; and an illusionist pushes himself to the brink. Here’s senior correspondent Katie Gaultney.

KATIE GAULTNEY, SENIOR CORRESPONDENT: “Harry Houdini,” a name synonymous with daring feats and high-stakes escapes. And it’s been 95 years since the act historians consider his finest: Escaping from a sealed coffin submerged in the swimming pool of New York's Hotel Shelton on August 5, 1926.

In the early 20th century, spiritualism was on the rise. Many magicians claimed to access otherworldly powers to perform their tricks. Houdini hated that trend. So when Egyptian magician Rahman Bey said supernatural powers allowed him to escape from an underwater box after one hour, Houdini set out to best him, staying in an underwater box for even longer.

Modern illusionist and Houdini enthusiast David Copperfield said in a Timeline documentary that kind of competitive spirit is common among successful performers.

COPPERFIELD: Every single artist that has lasted always has a need to get it right. For me—I watch a lot of people who are very satisfied with their work… and I unfortunately have the curse of not thinking that. I’m never satisfied. Houdini I think is the same. He wanted to always prove himself.

He succeeded, beating Bey by staying in the airtight, 700-pound coffin about half an hour longer than his competition. Houdini confessed after he broke free that he nearly passed out in the coffin. It was his last major illusion before his death less than three months later of appendicitis complications.

His competitive nature aside, he had another motivation: his love for Mama. Kenneth Silverman is a Houdini biographer. Houdini had several brothers, he said, but...

When Houdini began making a name—and a fortune—for himself, he used his earnings to purchase one of Queen Victoria’s dresses. He threw a party, presenting his mother wearing the dress. Houdini called that day the happiest day of his life.

And from making mom proud to making mom…want to pull her hair out.

SONG: VIDEO KILLED THE RADIO STAR BY THE BUGGLES

It’s hard to believe that 40 years have passed since MTV aired its first music video on August 1st, 1981. In what now feels like a prophetic song choice, MTV aired The Buggles’ “Video Killed the Radio Star” as its first video, at 12:01 a.m. Mark Goodman, the first so-called MTV VJ, said that fateful night 40 years ago:

MTV aired in just 1.5 million households that first year—pretty small numbers. But, the sometimes-provocative content was enough to ruffle feathers. Violent, risque, and anti-religious content raised the hackles of parent watchdog groups. MTV ultimately agreed in the 1980s to self-censor.

But, if video killed the radio star, it may be fair to say the digital age killed MTV. MTV is now just one channel among many hundreds. And with digital downloads, YouTube, and free Facebook concerts, MTV feels a lot less cutting edge than it did four decades ago.

SONG: VIDEO KILLED THE RADIO STAR BY THE BUGGLES

BERNERS-LEE: I wanted to reframe the way we use information, the way we work together, I invented the World Wide Web.

Berners-Lee made the World Wide Web available to the public on August 6, 1991. He said in a TED Talk the idea for the platform was born out of frustration. He was working in a computer lab with scientists from all over the world, but they didn’t share a common computing language. Berners-Lee described having to plug into different machines or use different codes for each scientist’s projects. He envisioned a common platform that could be used by anyone.

BERNERS-LEE: Well, once you have an idea like that, it kind of gets under your skin....

He didn’t invent the Internet, though. The Internet was around some 20-odd years before the web. He acknowledges most of the technology involved in the web already existed. He just synthesized other computer scientists’ work, putting it together in a way where the right hand could talk to the left.

Berners-Lee’s work lit a fire that sparked the Information Age, allowing billions of people to connect online. He never directly profited from his invention, as he envisioned the World Wide Web would be a place to serve humanity. But he confessed to Vanity Fair in 2018 that he may have been naive, acknowledging that so much of the web has become “anti-human.”