Plus: the beginnings of college sports, and the birth of the Department of Energy 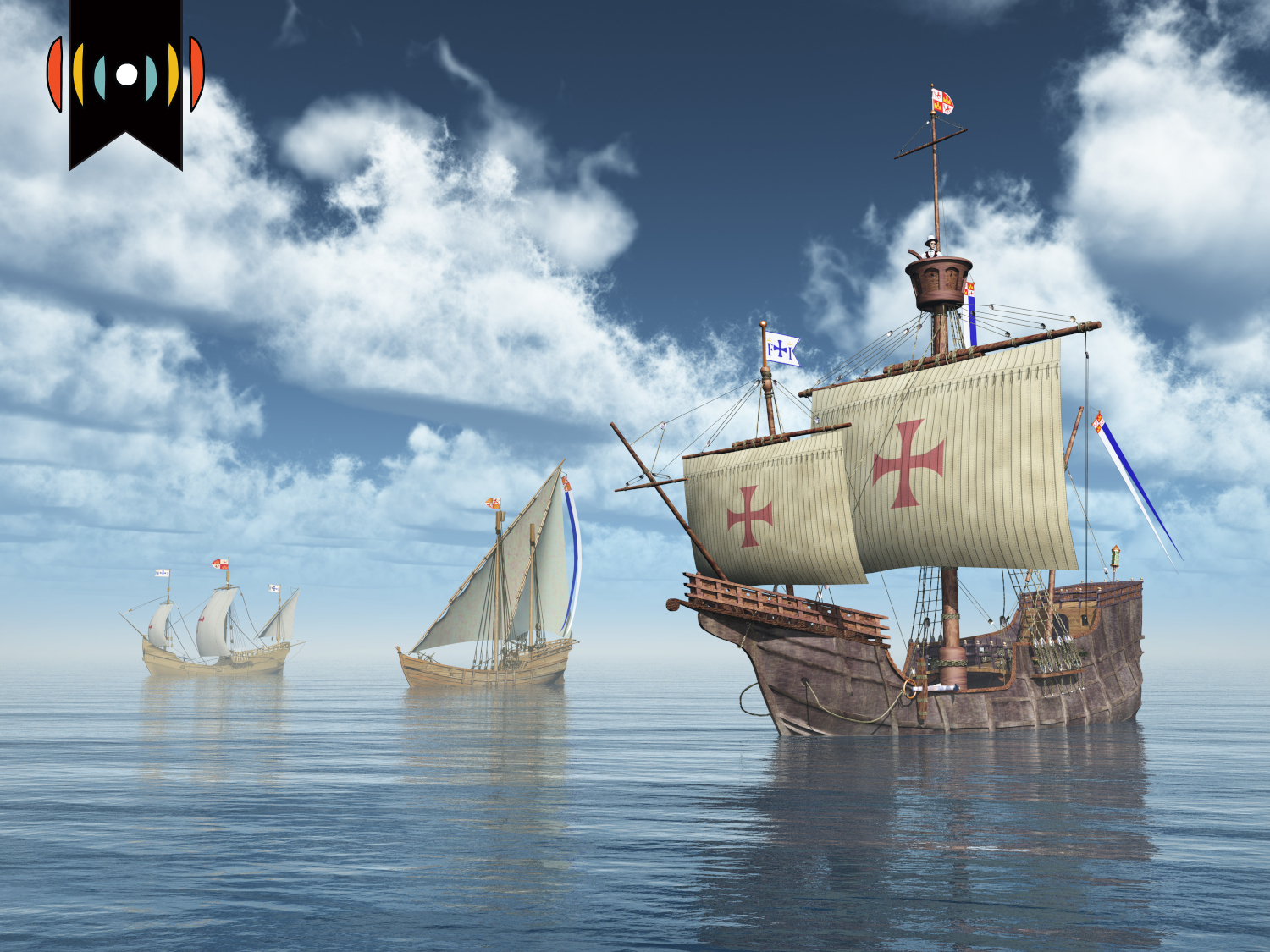 MARY REICHARD, HOST: Today is Monday, August 1st. Good morning! This is The World and Everything in It from listener-supported WORLD Radio. I’m Mary Reichard.

NICK EICHER, HOST: And I’m Nick Eicher. Next up: the WORLD History Book. This week marks the anniversary of the start of intercollegiate athletics.

Also: a new federal agency grows up out of the energy crisis.

REICHARD: And the anniversary of the day Columbus first sailed the ocean blue in 1492. Here’s arts and media editor Collin Garbarino.

COLLIN GARBARINO: Five hundred and thirty years ago on August 3rd, Christopher Columbus sailed southwest from Palos de la Frontera, Spain, hoping to establish a new trade route with China and India. He and his crew of 90 men sailed to the Canary Islands in three medium sized ships and then headed due west. Columbus recounted his findings in a letter he wrote on the return journey.

COLUMBUS: On the 33rd day after leaving Cadiz I came into the Indian Sea where I discovered many islands inhabited by numerous peoples. I took possession of all of them for our most fortunate king by making public proclamation unfurling his standard, no one making any resistance. To the first of them I’ve given the name of our blessed savior, trusting in whose aid I had reached this and all the rest, but the Indians called it Guanahani. To each of the others I also gave a new name ordering one to be named Sancta Maria de Concepcion, another Fernandina, another Isabella and another Johanna and so with all the rest.

Columbus thought he had made it to India, so he called the native population Indians, claiming they would be subjects of the Spanish crown.

COLUMBUS: And I gave them many beautiful and pleasing things which I brought with me for no return whatsoever in order to win their affection and that they might become Christians and inclined to love our king and queen and princes and all the people of Spain and that they might be eager to search for and gather and give to us what they abound in and we greatly need.

Columbus and his crew arrived back in Spain seven and a half months after departing.

Contrary to what you might have heard, humans have known the earth was round for thousands of years. Columbus challenged the scientific consensus of his own day by suggesting the earth was much smaller than everyone supposed. He turned out to be wrong, and the consensus turned out to be right. But sometimes big mistakes can lead to big discoveries.

Next we take a look at the beginnings of college sports.

One hundred seventy years ago, Harvard and Yale took part in America’s first intercollegiate athletic competition. The first Harvard–Yale boat race took place on August 3rd, 1852. The two universities had each formed rowing clubs almost ten years before, but no one thought about intercollegiate competition until an American business saw an opportunity. A representative from Sotheby’s auction house explains:

SOTHERBYS: It was in 1852 that another crew member from Yale was taking a leave of absence, and he was traveling home to New Hampshire to visit his family. When he was traveling he met a member of the Boston-Concord-Montreal Railway, and it was determined that a race could be held between Harvard and Yale, but on Lake Winnipesaukee because it was a beauty spot that would attract much tourism and business for the railroad. The event itself was a wild success, so thousands of spectators lined the banks of the lake. It absolutely proved to be the endeavor that the railroad wanted it to be, drawing people to this gorgeous setting.

Harvard won that first two-mile race by two boat lengths, and they’d win again in the second contest 3 years later. It wouldn’t be long before intercollegiate competition would spread to other sports and other universities. The first intercollegiate baseball game took place in 1859 between Amherst College and Williams College. And the first football game was in 1869 between Princeton and Rutgers.

True to its founding, college athletics still has that business interest. The NCAA reported generating record revenues last year of more than a billion dollars.

And we end today by looking back forty-five years to the birth of a new cabinet-level department.

On August 4th, 1977, President Jimmy Carter signed The Department of Energy Organization Act. The law combined the functions of many regulatory agencies into one department that was intended to give America a cohesive energy policy.

PRESIDENT CARTER: Our program will emphasize conservation. The amount of energy being wasted which could be saved is greater than the total energy that we are importing from foreign countries. We will also stress development of our rich coal reserves in an environmentally sound way. We will emphasize research on solar energy and other renewable energy sources. And we will maintain strict safeguards on necessary atomic energy production.

The gasoline crisis of the 1970s sparked this initiative. President Carter assumed America needed the Department of Energy to lead it in a world heading toward energy scarcity.

PRESIDENT CARTER: We must face the fact that the energy shortage is permanent. There is no way we can solve it quickly.

After Carter left office, energy production in America and around the world increased, creating abundance rather than scarcity.

N-R-G (THE ENERGY SONG) BY THE NEWARK BOYS CHORUS