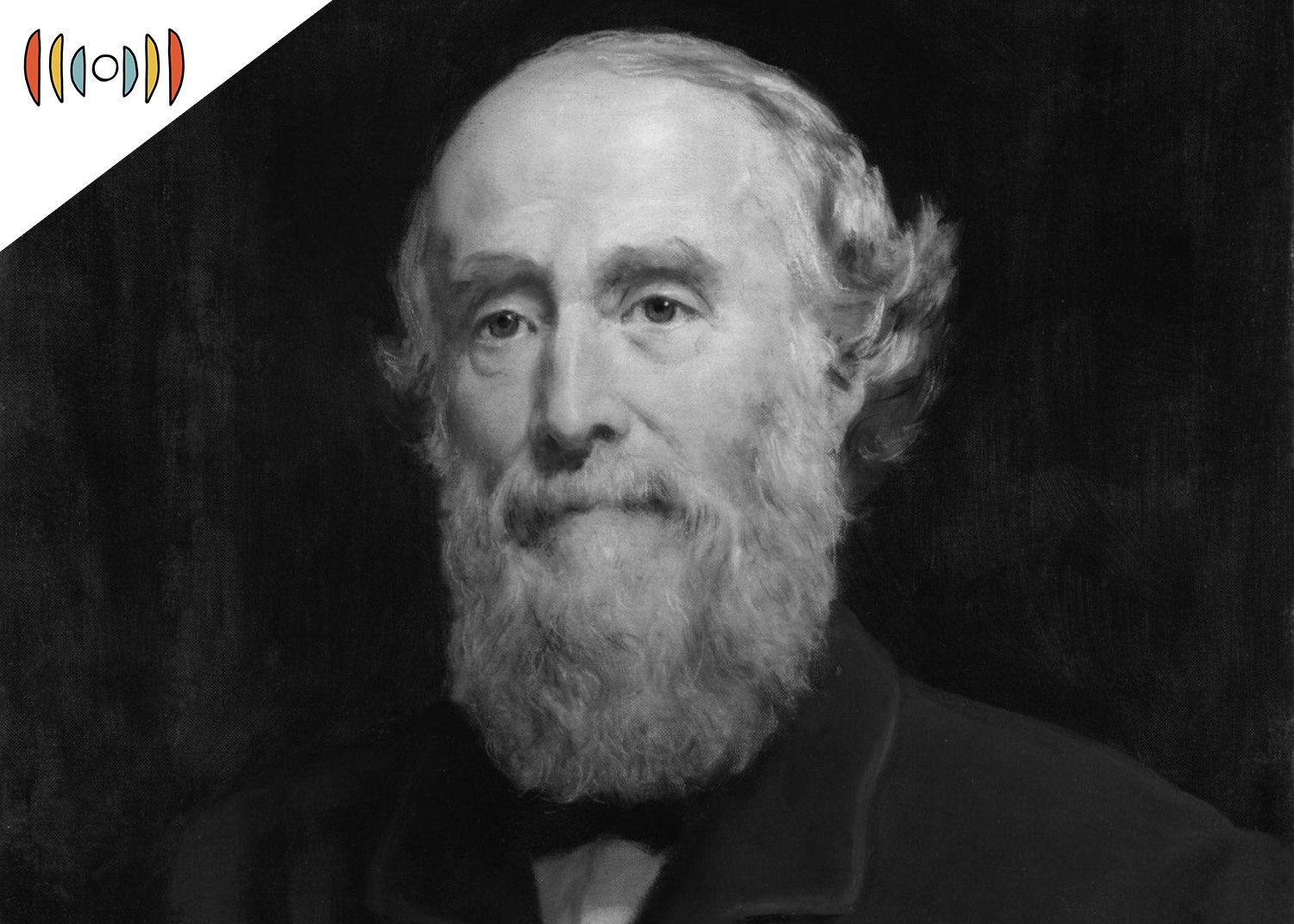 MARY REICHARD, HOST: Next up on The World and Everything In It: The WORLD History Book. Today, Nazis face the executioner, understanding the eugenic roots of family planning in this country, and the birth of the founder of the YMCA. Here’s senior correspondent Katie Gaultney.

KATIE GAULTNEY, SENIOR CORRESPONDENT: The Young Men’s Christian Association: The oldest and largest youth charity in the world. And the YMCA began with an English philanthropist named George Williams. He was born 200 years ago, on October 11th, 1821.

When he was 13, he left the family farm and began working in a drapery factory. He would later reflect on his early years, describing himself as “a careless, thoughtless, godless, swearing young fellow." But, church involvement turned him around. David Newman is a pastor and expert on the life of George Williams. On the City Movement podcast, he describes Williams' conversion.

After a few years, he worked his way up, eventually becoming the owner of the drapery company. In the interim, he grew to detest the working conditions in London that he felt threw temptations at young men at every turn. Brothels and taverns abounded.

So Williams recruited 11 workers to meet at his company building for prayer and Bible study. From a 1941 YMCA promotional film:

FILM: The new movement spread rapidly. Young men in other English industrial centers began to form Christian associations of their own. The work expanded into Europe…

Physical fitness joined with evangelism, and eventually supplanted outright Bible study as the YMCA’s method of training young people in good habits. The organization maintains its Christian roots, though; its mission remains “to put Christian principles into practice through programs that build a healthy spirit, mind, and body for all.”

Moving now from the founder of the YMCA to the founder of Planned Parenthood. Margaret Sanger opened the first U.S. birth control clinic on October 16th, 1916—105 years ago.

STERN: Most people attribute Sanger’s interest in birth control to seeing what her mother went through. She had a total of 18 pregnancies…

Another formative influence: Sanger’s work as a nurse in New York City. She claimed she often encountered immigrant women who lacked information about how to avoid becoming pregnant. She said some of those women resorted to self-induced abortions.

That led her to open that first birth control clinic, in Brooklyn. But, distributing information on contraception violated obscenity laws, and police arrested Sanger. She made bail and continued her work at the family planning clinic, prompting another arrest, and a high-profile trial. Ultimately, a judge ruled doctors could prescribe contraception, and Sanger’s work seemed less taboo.

But Sanger wasn’t just motivated by a desire to help women. She believed in eugenics—the idea that humans should reproduce selectively to eradicate less “desirable” traits.

Angela Franks is a professor at St. John’s seminary in Boston. She spoke to the Catholic news network EWTN about Sanger’s problematic legacy.

Her activism led to funding for her clinic, and a Sanger-led group called The American Birth Control League. That group later became Planned Parenthood. While Sanger may have started out with a goal of preventing pregnancy, the organization she founded now performs well over 300,000 abortions a year.

Turning now to the aftermath of World War II.

NEWSREEL: Nuremberg, Germany, once the shrine city of the Nazis, ravaged by the war Hitler launched on the world, ironically the scene of the final chapter of his partners in conquest.

Nearly a year after the conclusion of the Second World War, 10 prominent Nazi leaders faced the hangman. Their execution for war crimes came on October 16th, 1946.

Arguably the most well known of those sentenced to die that day was Hermann Goering, president of the Reichstag. But Goering escaped the noose, committing suicide by cyanide the night before.

The others faced what would become a botched execution, led by Master Sergeant John C. Woods. He lied, saying he had experience as an executioner in Texas and Oklahoma. In fact, before joining the army, he had never participated in an execution.

His inexperience may have been the reason he miscalculated the length of the ropes used for the hangings. He cut them too short, and the trap doors used in the scaffolding were too small. Rather than a quick death by a broken neck, several of the executed hit their heads as they fell through the undersized trap door, then slowly suffocated.

Facing one’s death must have a way of putting things in perspective. At least, that may have been the case for one of the men convicted by the International Military Tribunal. Former Chief of the German Armed Forces Wilhelm Keitel reportedly told the prison chaplain the day before his death, "You have helped me more than you know. May Christ, my savior, stand by me all the way. I shall need him so much."