The first National League game, James Dobson’s birthday, and the Bay of Pigs. 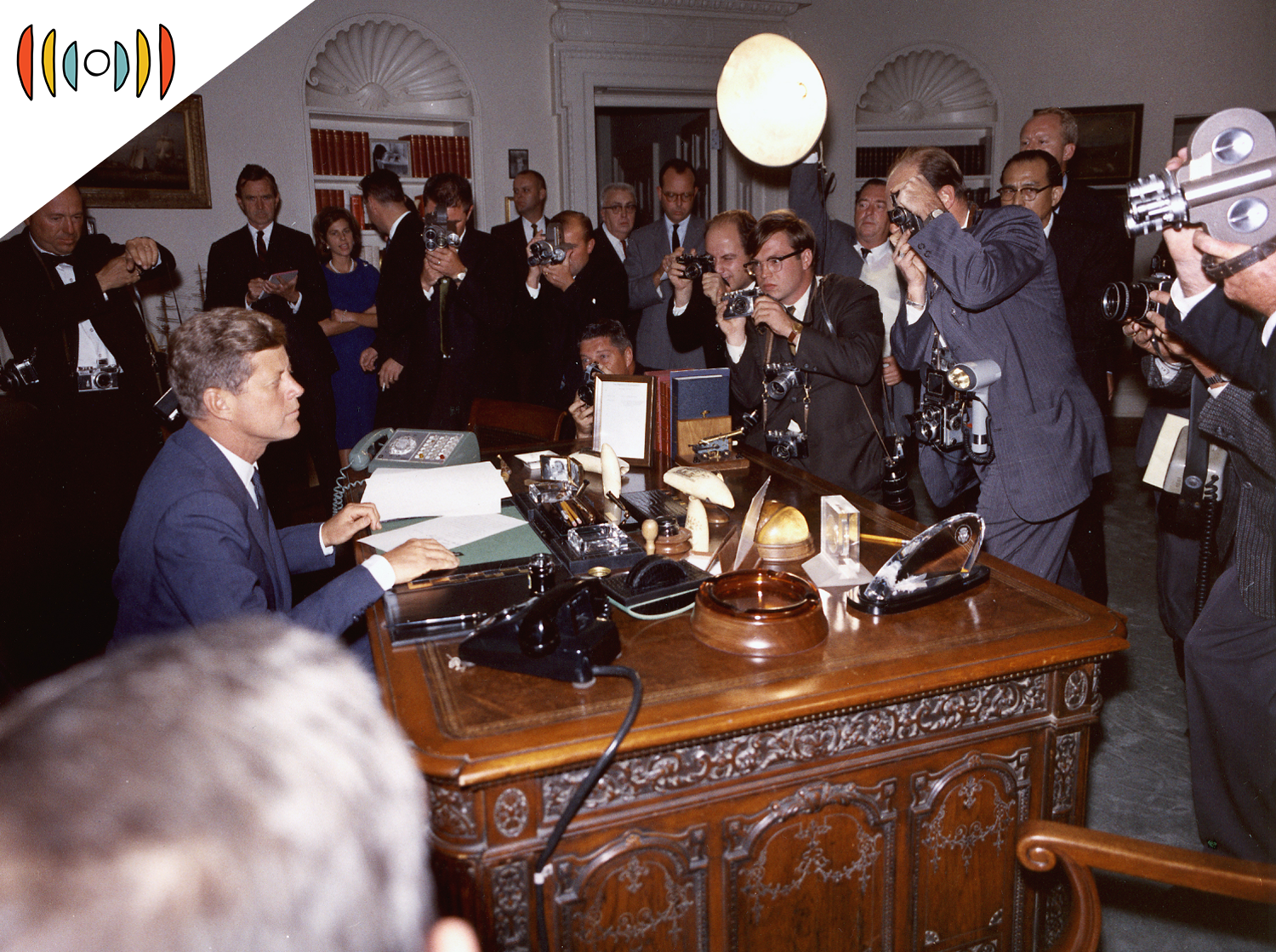 NICK EICHER, HOST: Today is Monday, April 19th. Good morning! This is The World and Everything in It from listener-supported WORLD Radio. I’m Nick Eicher.

I’m thrilled with the new website. Looks clean, works great, and it’s a lot faster. And I know I’m like a lot of people who browse sites on a mobile device . Clearly, the new wng.org had the phone in mind.

EICHER: Well, it did. Most of our web traffic is on a mobile device, we know that.

The team’s been busy on this for many months, and, you know, it takes a lot of work to make a simple website.

Complex ones, you can toss those up in a hurry.

But, really, the simplicity you encounter on the front-end requires a ton of complexity on the back-end, and that’s why we were saying the launch date was sometime in April—to give our team the time necessary to test it and work out the bugs.

BROWN: Next up on The World and Everything in It: The WORLD History Book. Today, an evangelical heavyweight turns another year older, a Cold War foreign policy failure gives the United States a black eye, and a major league milestone.

MUSIC: TAKE ME OUT TO THE BALLGAME BY EDWARD MEEKER (1908)

KATIE GAULTNEY, SENIOR CORRESPONDENT: Baseball season is in full swing. And we can look back to April 22, 1876, as the start of Major League Baseball. That’s when players premiered the first game of the National League at Jefferson Street Grounds in Philadelphia.

The fledgling league had plans for other games that day, but they were all rained out; the only one that took place was the game between the Philadelphia Athletics and Boston. “The Bostons,” as they were called, eked out a win, with a final score of 6 to 5.

It wasn’t a pretty game. Newspaper reports said both teams missed plenty of opportunities, but defense and baserunning were the keys to Boston’s victory. The Athletics didn’t have to wait long for revenge, though. They routed Boston two days later, 20–3.

Of course, today’s baseball experience looks little like it did 145 years ago. Philadelphia’s current baseball venue, Citizens Bank Park can host more than 40,000 spectators. But the Jefferson Street Grounds only accommodated 3,000 fans at that first National League game.

MUSIC: IT’S A BEAUTIFUL DAY FOR A BALL GAME BY THE HARRY SIMEONE SONGSTERS (1960)

Moving from baseball bats to birthday balloons, we wish a happy 85th birthday to Dr. James Dobson, who was born April 21st, 1936.

Dobson was born in Shreveport, Louisiana, into a family of pastors. He once joked with a reporter that he learned to pray before he learned to talk. At the age of 3, he responded to an altar call led by his own father. Dobson never became an ordained minister, but his influence on evangelical culture is undeniable. The author and psychologist founded Focus on the Family in 1977. His parenting books and seminars have influenced Christian parents for decades. Here’s an excerpt from an early seminar:

DOBSON: You do not need anger to control children. That teacher who said, “I have to stay mad all the time to control my class,” you see, was using anger to control. It doesn’t work. Action is what controls. [CLAPPING]

His views on spanking, homosexuality, and roles within the family, generated a bit of controversy over the years. He parted ways with Focus on the Family in 2009 citing “philosophical differences.”

Dobson’s attention to family goes well beyond his ministry. He’s been married to Shirley for over 60 years, and they have two adult children. In a Family Talk video, Dobson recalled their joy over buying a new car two weeks before their 1960 wedding. But the joy was short lived. A mile away from the dealership, Dobson leaned over to plant a kiss on his bride to be…

DOBSON: Just as I kissed her, the guy in front of me slammed on his brakes, and as I looked up, there he was…

After paying the insurance deductible, he couldn’t afford the ring the couple had planned for the wedding. So he bought her a simple silver band. Then, on the wedding day, the organist was late, the AC broke, the candles melted and the flowers wilted as the temperature climbed to about 100 degrees inside. But, the Dobsons remembered decades later, a great marriage doesn’t depend on a good wedding.

DOBSON: The Lord put his blessing on our marriage, and that was the secret success of our relationship.

MUSIC: TURN YOUR HEARTS TOWARD HOME BY STEVE AND ANNIE CHAPMAN

And we’ll end today with a foreign policy debacle between the United States and Cuba. It’s been 60 years since the failure of the Bay of Pigs invasion on April 20, 1961. That’s when Washington backed Cuban exiles invading Fidel Castro’s Cuba. But, a string of operational failures left no chance that the military effort would succeed in overthrowing Castro’s government.

KENNEDY: On that unhappy island, the news continues to grow worse, not better.

Washington was angry with Cuba for making American-owned oil refineries in the country property of the Cuban state—without paying for them. Cuba’s growing ties with the Soviets also worried U.S. officials. So, the CIA under Eisenhower began to plan and fund an invasion attack. They even trained anti-Castro revolutionaries in Guatemala.

President John F. Kennedy approved the operation, with two critical changes: limiting American air support and changing the onshore landing spot to a more remote location, the Bahia de Cochinos, or Bay of Pigs. Historians blame those changes for hamstringing the operation. Plus, Castro appeared to anticipate the invasion; in a matter of days, his forces had killed more than 100 exiles and imprisoned nearly 1,200 more.

KENNEDY: It is not the first time that Communist tanks have rolled over gallant men and women fighting to redeem the independence of their homeland.

Kennedy was reluctant to shoulder the blame for the failure.

KENNEDY: There’s an old saying that victory has a hundred fathers and defeat is an orphan.

To this day, Cuba still holds nationwide drills annually to prepare the population for an invasion.