Why are so many people choosing not to work when so many jobs remain unfilled? 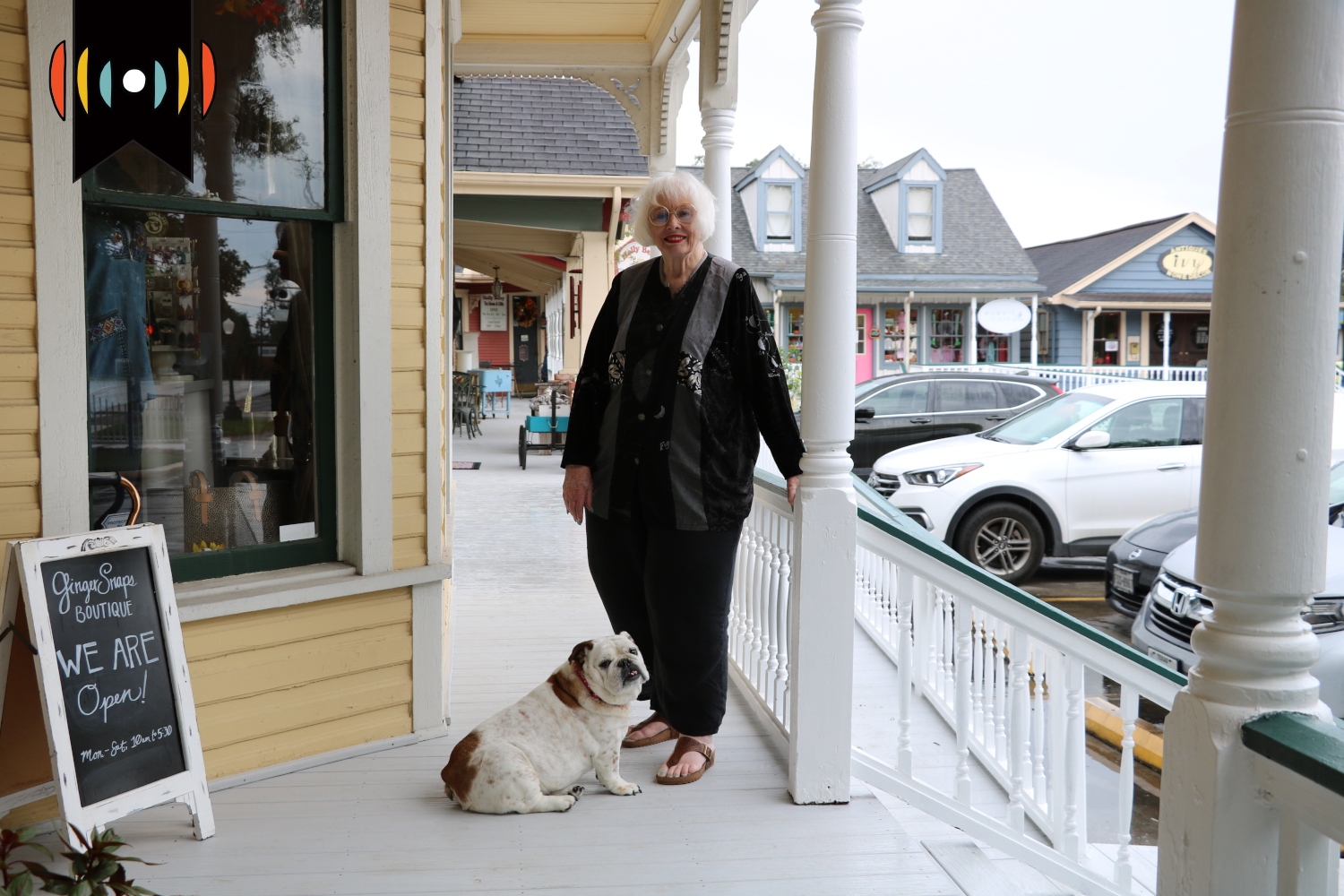 The latest employment report by the Bureau of Labor Statistics shows a troubling disparity between jobs available and people willing to take those jobs. Nearly 11 million job openings, yet more than 8 million Americans remain unemployed. And that’s making it hard for businesses to operate.

BROWN: Analysts point to several causes for that disparity. But they’re less sure of its long-term impact. WORLD correspondent Bonnie Pritchett brings us a snapshot of the situation in Texas.

BONNIE PRITCHETT, CORRESPONDENT: Ginger, a rather portly but friendly English Bulldog, trots into the cozy gift and clothing boutique just ahead of her owner, Betty Walker.

Walker owns the shop called Gingersnaps. It’s one of six refurbished early 19th-century wood-frame houses joined together by a common front porch that invites customers to peer in windows and amble in and out front doors.

WALKER: We've been in business at this location for 11 years. So, it's always done very well…

The last 18 months challenged Walker’s entrepreneurial know-how. But she drew from her decades of business experience to keep the League City, Texas store open and profitable.

But one unexpected economic glitch has her frustrated and puzzled.

WALKER: So lately, because there were a lot of people that would rather take unemployment and stay at home. Not interested in exposing themselves to the virus. Afraid of that. Some just don't want to work. That's why when we've never run into this before. This is the first time I've seen where it's hard to hire somebody…

The October 8th Bureau of Labor and Statistics jobs report illustrates what Walker and most business owners are experiencing—more jobs than people to fill them. That means fewer prospective employees.

But not all industries are struggling.

Daniel Martin is a spokesman for Amazon operations.

MARTIN: We continue here at Amazon, that's really all I can speak to, we continue to see a really high volume of applications coming in the door. Just a month ago, we had over 1.8 million applications come in for 160,000 roles…

According to the Labor report, the transportation and warehousing sector is the only industry division with an employment rate above its pre-pandemic level from February 2020.

In the greater Houston area, the company employs 16 thousand people.

The transportation and warehousing sector notwithstanding, analysts are closely watching the employment disparity. E.J. Antoni is an economist with the Texas Public Policy Foundation.

ANTONI: So, the question is, why on earth is this happening? And unfortunately, most of the reasons seem to be self-inflicted.

Evidence points to the supplemental government assistance available during the pandemic. Antoni and his colleagues crunched the numbers.

ANTONI: And what we found was that for the typical family of four, right, two parents are unemployed out of work. And two children in that household, you can get the equivalent of a $100,000 annual income worth of government assistance…

Noah Williams is a professor of economics at the University of Wisconsin. He came to a similar conclusion. But he also notes it’s important to distinguish between unemployment and non-employment. That’s the difference between those actively seeking a job and those who aren’t.

The non-employed include retirees, parents who chose to stay home with their children or can’t find child care, and those still concerned about contracting the virus.

Others have spent furloughed time reassessing their career choices. And long-term government assistance like supplemental unemployment payments, student loan and rental deferments, and child tax credits have left many Americans financially set to take their time reentering the workforce.

But Noah Williams says a more troubling phenomenon called hysteresis could be at work.

WILLIAMS: This is the idea that even temporary shocks, temporary causes can have permanent or very lasting effects. So even though the worst of the Coronavirus is, hopefully, behind us. The process that we've gone through with increased unemployment, over a very long span has led to some changes, which are, will be more difficult to reverse, if not permanent…

He pointed to Europe’s unemployment dilemma in the 1980s as an example.

WILLIAMS: So, once people are unemployed for a long period of time, you lose skills, you lose touch with the labor market, and maybe even lose some of the softer skills of showing up to work on time, the daily routine. And all of that makes it harder for people to get back to work.…

Noah Williams and E.J. Antoni say it’s too soon to tell whether the latest jobs report warns of a looming hysteresis or amounts to the darkness before the dawn. Both are looking to the seasonal jobs report for illumination.

In the meantime, Daniel Martin says Amazon is well positioned for the year-end rush.

MARTIN: And we we've just announced 150,000 seasonal part time roles that we'll be hiring for, for the next couple months to help support us throughout the holidays...

Back at Gingersnaps, Betty Walker says her four employees are sufficient. And she remains optimistic.

WALKER: I think we as Americans work our way through all this. You know, if you're an entrepreneur, you still have the positive thought that you can pull it all together. And I do think I'm very positive about businesses now. You know, I think we've gone through the worst storm of it.

Mrs. Pritchett, two questions. One, though a reason not to take a job may be because there is adequate welfare supplement from the feds, how are we sure that it is fear of COVID that is a bigger hindrance to a return to work rather than a non-desire to get a vaccine and wear a mask all day? Two, what are the salary and benefits available to Amazon employees as contrasted to the salary and benefits of a "GingerSnap" employee?

At the end of the day it is our government using our tax dollars to pay our employees to stay home. How does one compete against that? And why should we need to?