Pro-lifers in Germany get boost of support from young activists 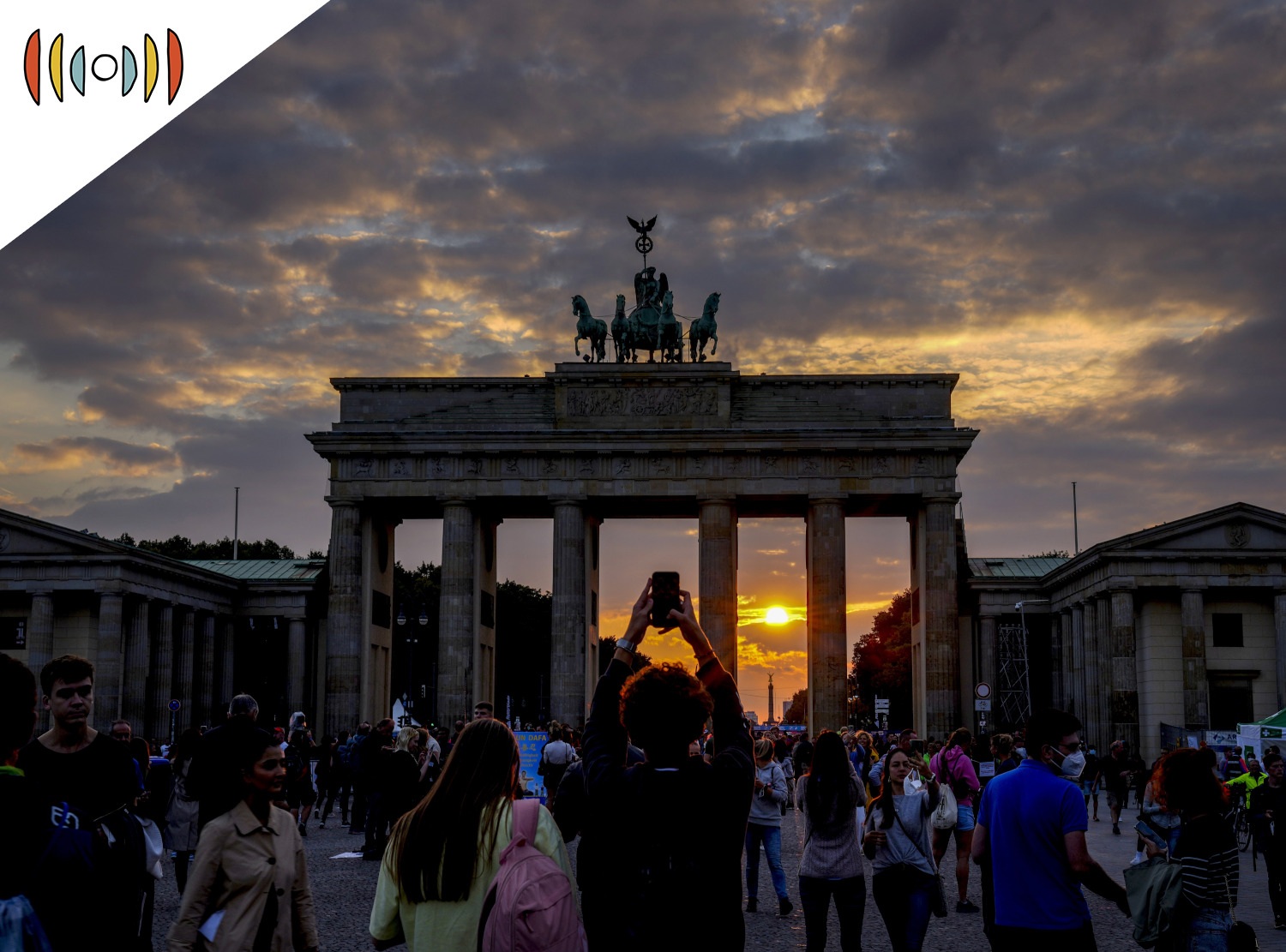 MARY REICHARD, HOST: Today is Thursday, October 7th. Thank you for turning to WORLD Radio to help start your day.

PAUL BUTLER, HOST: And I’m Paul Butler. Coming up next: the March for Life.

In the U.S., the march to promote human dignity and demonstrate against abortion takes place in January around the anniversary of the Supreme Court’s Roe v Wade decision.

But in Germany, marchers assemble in Berlin in September. This year is the 17th year of the event.

REICHARD: Just like in the States, counter-protestors are always present. But with this year’s march held just ahead of German elections, tensions were especially high.

JENNY LIND SCHMITT, CORRESPONDENT: It’s 1 p.m. on a blustery September Saturday in Berlin. Pro-life activists gather in front of Brandenburg Gate in the heart of the city. They’re listening to speeches and preparing to march through downtown streets carrying pro-life signs.

On the other side of the gate, angry counter protesters are shouting and banging drums, trying to disrupt the event. Police in riot gear block off the pedestrian passage through the Gate.

LINDER: Yes, the atmosphere concerning the other side is very aggressive.

Alexandra Linder is the leader of the Bundesverband Lebensrecht. It organizes the March for Life every year.

LINDER: We have so-called Antifa groups from the extreme left who are very aggressive who try to attack our people.

She says the police presence is especially strong this year because of serious threats from pro-abortion activists.

LINDER: So the police is going to separate and control people coming that they have no weapons. Not our people! Our people is completely peaceful and polite. We always thank the police for what they do.

In the square where the Berlin Wall once stood, Christian journalist Helmut Matthies reminds protestors that the injustices of communist Germany once also seemed insurmountable. He says fighting the injustice of abortion is worth it. ,

Through the years of the Cold War, atheist East Germany promoted abortion as “family planning.” Nearly half of unborn children were killed. In West Germany abortion was illegal except for cases of severe fetal abnormalities. After reunification, parliament compromised: Abortion is technically illegal but not punished in the first trimester if the mother gets counseling. Older leaders recall the bitter debate around that decision. But they also see hope in a new generation who are reopening the discussion.

LINDER: Yes, because in Germany there was a big aggressive discussion several years ago, the new generation doesn’t know anything of that. They are just putting [forth] questions. It’s a human? It’s a person? Why are we allowed to kill them? These are the right questions.

One such person is Lisa Hiesch from Nuremberg. She’s a first year university student who made the six-hour car trip to march.

HIESCH: I am convinced that every life is precious and that it should be saved. And that they get a chance to live the life that we have...

The marchers are a mix of parents with strollers, nuns and priests, retirees, pastors with youth groups, and families pushing siblings in wheelchairs. In the crowd of 4,500, about a third are under age 25.

WEISS: In Germany we have Kindergeld. It’s money for the children who are in the family. But normally it’s for living childs. But my sign says that it should also be there for unborn childs. If they would have more money then I think the need for abortion would be really less.

Just in front of the Jewish Holocaust Memorial, counter protesters shout and make obscene gestures at those walking by. It doesn’t bother Weiss.

WEISS: Actually I like it. Because it gives me the feeling that I know it’s worth it that I fight. I stand for something that not all people stand for, so it’s good that I’m here.

As the march moves through downtown, Saturday shoppers look on curiously. Weiss says that’s important. It makes people think about the issue. That’s also a focus of the Right to Life for All Campaign. It supports mothers in unplanned pregnancies and provides post-abortive counseling. The campaign is also bringing the topic of protecting life back into the public square. Cornelia Kaminski is director.

KAMINSKI: We are very eager to get pro-life education done. We go into schools. We go to universities. We accompany students who do workshops and seminars on life issues. Another thing is just publicity. Bringing it out into the streets. That’s what we do here right now...

Both Linder and Kaminski say it’s energizing that the pro-life movement in Germany is attracting more and more young people. They’re also encouraged by the heartbeat bills passed recently in the United States. They watch the American movement closely and work for the same legislative developments.

KAMINSKI: It inspires us and it gives us hope. We think that in the U.S. you planted the seed. Maybe 20 years ago, maybe 30. And that plant is growing now, and you get the fruits. So that’s wonderful.

Back at Brandenburg Gate, marchers gather for a worship service to close the day. There were only a few verbal confrontations with counter protestors along the march route.

The German parliamentary elections were to be held the week after the march, so pro-life leaders urged marchers to contact their representatives.

The more liberal-leaning Socialist party won the September 26 elections, which is a setback. But as Linder says,

LINDER: If we get a left-sided government it will be a little bit more difficult for us, but not forever. [laughs]