How do birds know where to go when the summer warmth starts to wane? 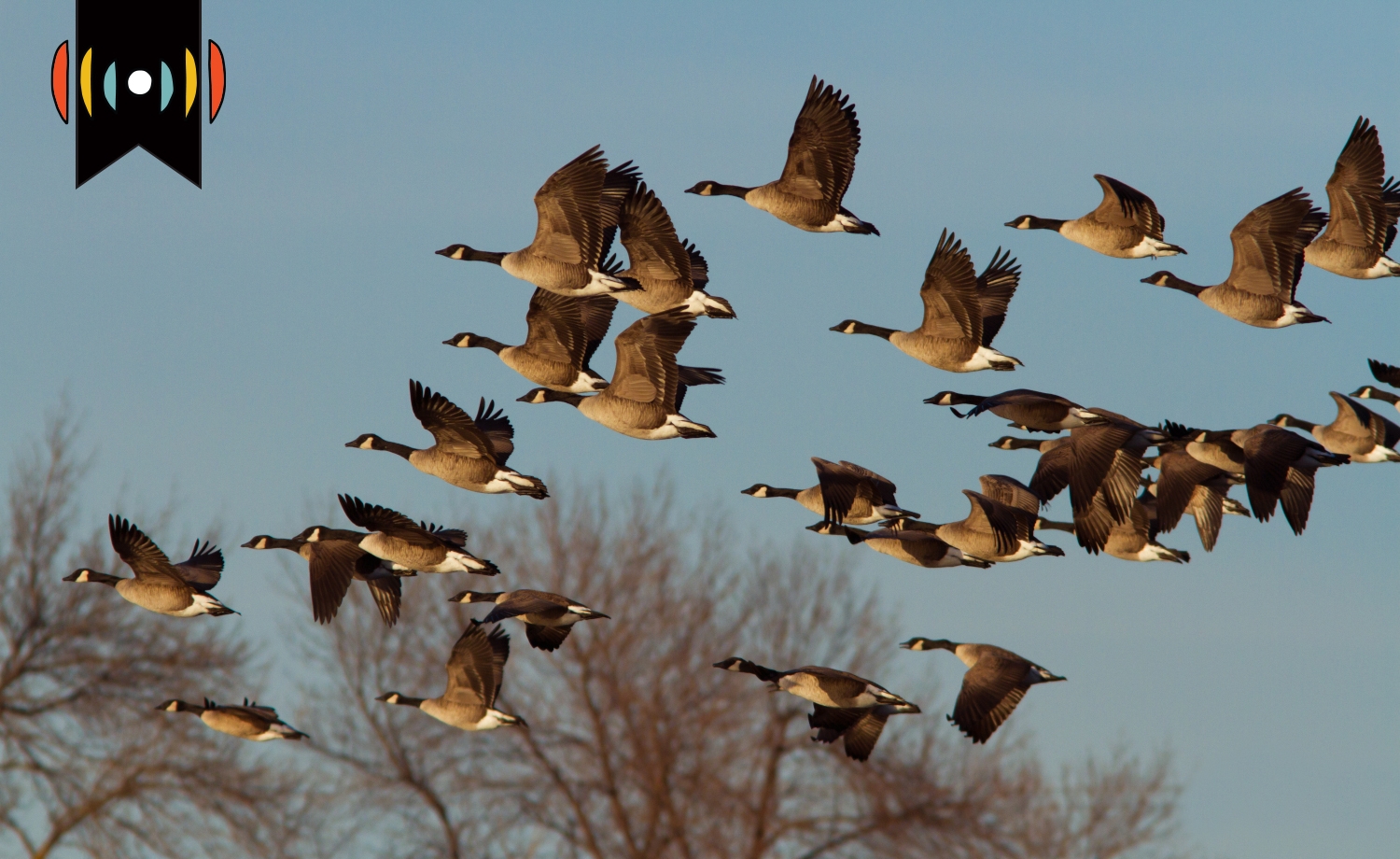 Coming next on The World and Everything in It: migration.

For many of us across the Northern Hemisphere, this is a common sound this time of year…

As the days get shorter—and cooler—many species of birds head to different climates for the winter. Some fly hundreds of miles, others thousands of miles.

EICHER: Why do they do it? And how do they know where to go without GPS? WORLD’s Paul Butler talked to some experts to find out.

O’DANIEL: Some birds can return to the exact same tree year after year, going thousands of miles away from that tree in the winter, and then returning in the spring to the same tree or the same yard.

PAUL BUTLER, REPORTER: Donna O’Daniel is a retired ornithologist, and wildlife biologist. Several years ago she explained to me the migration process and some of the original experiments trying to understand it.

O’DANIEL: And one of the earliest experiments was done by John James Audubon in 1803. He placed a silk thread on the leg of an Eastern Phoebe—and this was in the fall. The bird left and sure enough next spring, the same Phoebe came back with that silk thread on its leg.

Over her career O’Daniel studied birds in some pretty exotic locations, including Madagascar, and two south Pacific U.S. territories: the Johnston Atoll, and the Northern Marianas. Even in tropical climates, birds migrate. Why?

The migration pattern and distance covered is very different between species:

O’DANIEL: We have some North American migrants that nest in Canada and as far north as Alaska, and they go—some of them—to the southern U.S. Some of them go and spend the winter in Mexico. Some go as far as Central American countries and even South America. And the world class migrants, so to speak, go farther than that. The Arctic Tern that nests in the very high Arctic, goes clear to Antarctic waters. And that's one of those species of birds that go the farthest.

So how do they know where to go? Well, it depends...

O’DANIEL: They have found by doing scientific experiments that birds know where they're going by the sun. The diurnal migrants can adjust their migratory patterns depending on the position of the sun in the sky. And the nocturnal migrants can determine which direction to go by the position of the constellations in the night sky. They have determined that birds migrate by visual landmarks and even olfactory cues can be a source of knowledge of where they’re going.

Scientists long guessed that birds could also sense the earth’s magnetic field. More than 40 years ago, they discovered that some species have a built in compass of sorts:

PLOEGSTRA: Little bits of magnetite. In birds, it's in their beak...

Jeff Ploegstra is professor of Biology and Environmental Studies at Dordt University.

Magnetite is one of the most magnetic of all the naturally occurring minerals on Earth. The iron based mineral not only shows up in birds, but is common in other migratory species as well: like bees, bats, and some fish.

PLOEGSTRA: That does appear to play some role in their ability to detect magnetic fields, they're connected to neurons—the opthalmic nerve.

A more recent area of study focuses on what some call a kind of “sixth sense” in some birds. Though really it is just a hyper-developed fifth sense as they can see more of the electromagnetic spectrum than humans.

PLOEGSTRA: We know that birds also have a light dependent magnetoreception, so they can only detect and respond to these magnetic fields when there's light available. And this led to a whole line of investigation, basically looking at a group of molecules called cryptochromes.

Cryptochromes are pretty universal—and not just in animals as it turns out. They appear in plants and bacteria as well. These proteins are sensitive to blue-light.

PLOEGSTRA: Cryptochromes are similar to the molecules in our eyes, in some ways that when a photon of light hits these certain molecules, the molecule changes shape, and that actually, is part of what causes the impulse that we understand is light.

So migrating birds not only observe landmarks and the position of the sun and stars, but they have the ability to visibly perceive magnetic fields—though we don’t know what it looks like to them.

PLOEGSTRA: I think that's such an amazing sort of thing to consider how differently and uniquely we see the world because of how we're created versus how other things are uniquely adapted to their roles and interact with the world and are sort of uniquely created to perceive the world in the ways that are important for them to carry out the functions that they have in ecosystems in the larger picture of life.

Birds also can develop memories, so migration has a behavioral aspect as well. Taken together, the annual journey of migratory birds is a complex process not easily explained.

That brings us back to bird expert Donna O’Daniel. She says bird migration is just one more testimony to a creator. And as a life-long observer of birds, that deeply affected her faith.

O’DANIEL: We can't explain it. How can a tiny 3-gram bird cue into the Earth's magnetic field and the stars at night and the movement of the sun during the day? How can all of this have evolved? I find great comfort in the fact that God who created these birds to be able to migrate thousands of miles and he cares for them that much. We know that from the scriptures. In Matthew, Jesus said, You know, I care for the sparrows I know about each one that falls. God knows each bird that falls into the ocean into the Gulf of Mexico that runs out of fuel. And how much more He cares for us.