Vaccines are getting all the attention, but recovered COVID patients are also helping win the battle against COVID-19

In this Jan. 16, 2021, file photo, a health worker is administered COVID-19 vaccine at a hospital in Kolkata, India. Bikas Das/Associated Press Photo 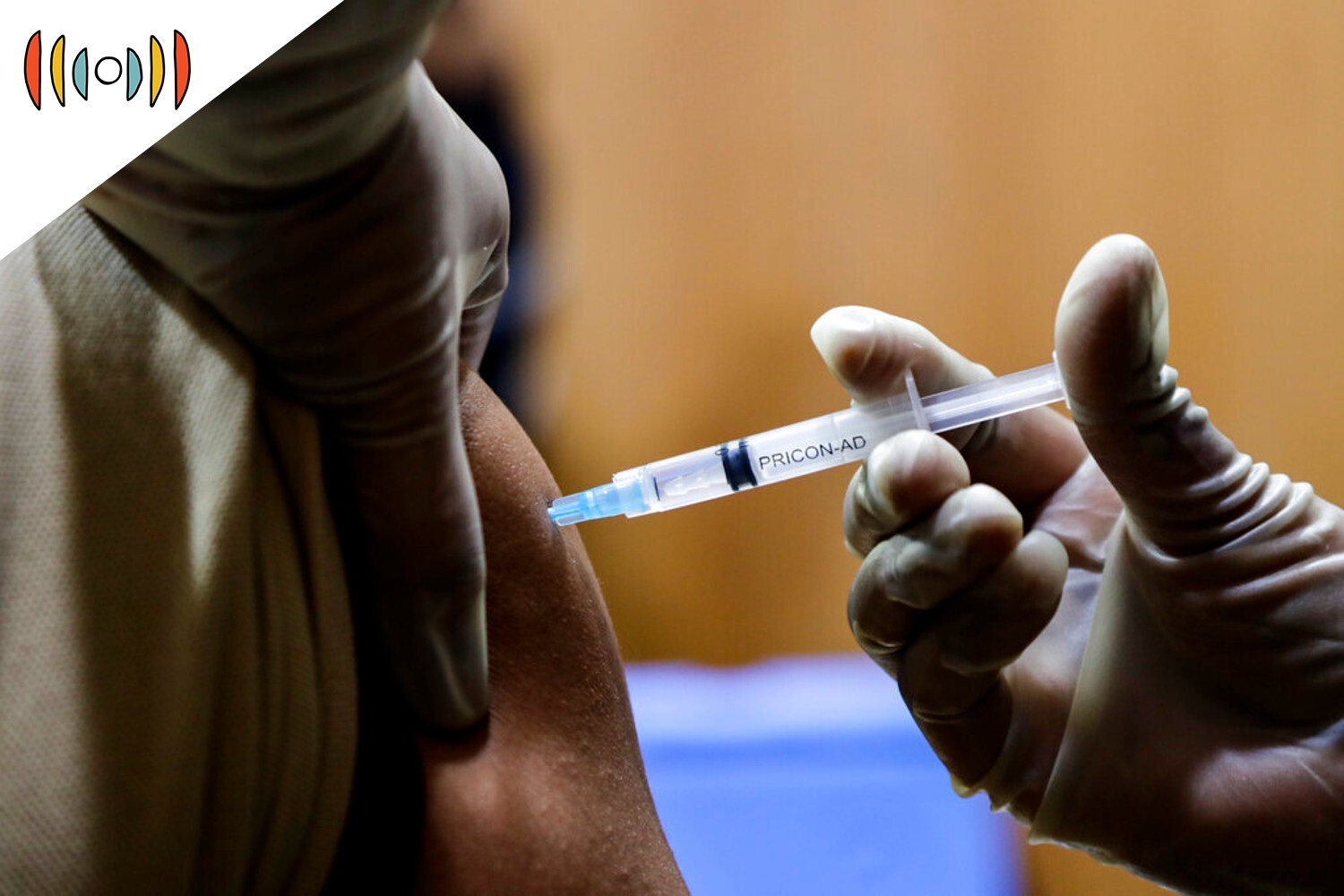 NICK EICHER, HOST: Coming up next on The World and Everything in It: herd immunity.

It’s the only winning strategy in our battle against COVID-19, or any contagious disease for that matter. If an overwhelming majority of people are immune to it, the virus can’t spread.

MARY REICHARD, HOST: Right, and the focus of efforts to achieve herd immunity has been on vaccines. But that’s not the only way to develop antibodies against Covid. People who’ve had it and recovered also have some level of immunity.

Joining us now to talk about how that plays into the overall strategy of fighting this disease is Dr. Charles Horton. He’s a physician in Pennsylvania and WORLD’s resident medical expert. Good morning, Dr. Horton!

REICHARD: So, we know vaccines provide immunity by triggering an immune response in the body. Vaccines basically train the immune system to recognize the virus and fight it off. Does natural immunity work the same way?

HORTON: First and foremost, of course, is to have immunity: either of those choices is far better than not being immune to COVID. Looking around the world and seeing how Europe and India are faring, I feel very grateful to live here in America.

REICHARD: Same. So let’s talk about how natural immunity compares to vaccine immunity?

HORTON: We’re still learning about that, about the quality of the antibodies. It’s quite the academic, theoretical debate: by definition, if you’ve recovered from COVID, your immune system has figured out how to fight off the bug. Someday we’ll look back and consider things like sensitivity to variants, but right now, we’re just guessing about who’s better prepared for those.

What we can study is how long antibodies last. One study from England published in January followed tens of thousands of healthcare workers. It found well over 6,000 people with antibodies and counted two “probable” and 42 “possible” reinfections over the course of five months. That’s awfully good.

*REICHARD: Interesting. What else came from that study?

HORTON: At WORLD, we like to talk about “sensational facts, understated prose.” And to the research team’s credit, it dealt with its findings in that same way -- if anything, it really undersold them. It’s that very British understatement. The team said that “antibody protection after infection lasts for at least 5 months,” without even pointing out that a five-month-long study wouldn’t be able to prove anything more. It also looked at the least flattering scenario for its data to come up with its headline number of 83 percent protection, and only on page 14 does it mention that it found a 94 percent protection against symptomatic infection. That’s great!

Another British study followed 20,000 people, of whom about 1,600 came down with COVID during the study period. It looked at how long they continued to test positive for antibodies, and found that 87 percent of them still tested positive at six months. In other words, they were still able to fight off Covid.

These results confirm what we learned last fall from smaller studies at Mass General and in Canada: the immune system generally remembers how to fight COVID, regardless of how it first learned it.

REICHARD: Does this mean there’s no difference between natural immunity and vaccine immunity?

HORTON: There may still be a difference. I should say the studies were prior to the more contagious variants we’re seeing in England and in the United States. We do not know how well natural immunity will protect against variants yet...whereas the evidence about the vaccines does look very reassuring.

REICHARD: Does it matter whether someone had a severe case of COVID or a mild one? What if they were asymptomatic and didn’t even know they had it?

HORTON: This is where testing for antibodies can be very useful. If you think you had COVID, but you don’t have antibodies, there’s a good chance you didn’t actually have COVID. That’s not a guarantee, since false negatives can still happen, but the newer tests have gotten very good indeed. Conversely, if you have antibodies, then your immune system knows how to fight off COVID. It’s not entirely a yes-or-no thing, because you can have the antibodies at low levels, but the flip side of that is that you can also ramp up production of antibodies quickly.

HORTON: The CDC actually has a really excellent tracker on its website for what it calls a seroprevalence survey, meaning a look at how many people have antibodies. What’s very helpful is that it breaks down what antibodies are being looked for -- you vaccinate against spike protein, so testing someone who’s been vaccinated for anti-spike antibodies will only tell you the vaccine did its job. But there are other tests, meaning that you can assess whether a person with anti-spike antibodies also has what are called anti-nucleocapsid antibodies, which in America you only get from having had COVID. Listeners from outside the United States might note that other parts of the world have inactivated-virus vaccines, which show the entire virus to the immune system and would thus produce them. Anyhow, the prevalence for those antibodies is running at around 20 percent in California, 24 percent in Texas, 30 percent in Ohio. It’s less elsewhere—11 percent in Colorado, 13 percent in Kansas.

REICHARD: Well, we know that the number of COVID cases has dropped dramatically since the start of the year. Health officials attribute that to the vaccines. The CDC says 61 percent of adults in the United States have had at least one shot. Surely natural immunity is playing some role as well?

HORTON: Absolutely. One of the big debates last year was what percentage of the population would need to have antibodies in order for us to have herd immunity, and the consensus was on the order of 70 percent. We’re not quite there yet, since you can’t just add the vaccine numbers to the seroprevalence numbers. There’s a lot of overlap, and you’d be counting a lot of people twice. But we have seen the nationwide numbers dropping sharply as we get closer and closer to that mark, and I do think that natural immunity is part of that.

REICHARD: We had one listener email us to say he had COVID and recovered. He doesn’t plan to get vaccinated because he’s heard it could be dangerous. Any truth to that?

HORTON: No, based on the research it doesn’t appear to be dangerous. It’s basically a booster shot at that point, with the first “shot” being the COVID infection. Whether that’s really necessary or a little bit of a belt-and-suspenders approach is a separate question, but previous COVID infection doesn’t appear to be dangerous for the vaccines. Based on the statistics we discussed, every time someone gives a COVID vaccine in America, there’s a 1-in-5 chance that the person receiving the shot has already had COVID. We as a country have given 283 million doses so far, so that’s an awful lot of experience with this.

REICHARD: Dr. Charles Horton is a practicing physician and WORLD’s resident medical expert. Thanks so much for joining us today!

HORTON: Thanks for having me!