Violence plagued the nation for years before the president’s assassination

A tire set on fire by supporters of former Senators Youri Latortue and Steven Benoit outside the courthouse in Port-au-Prince, Monday, July 12, 2021 Matias Delacroix/Associated Press Photo 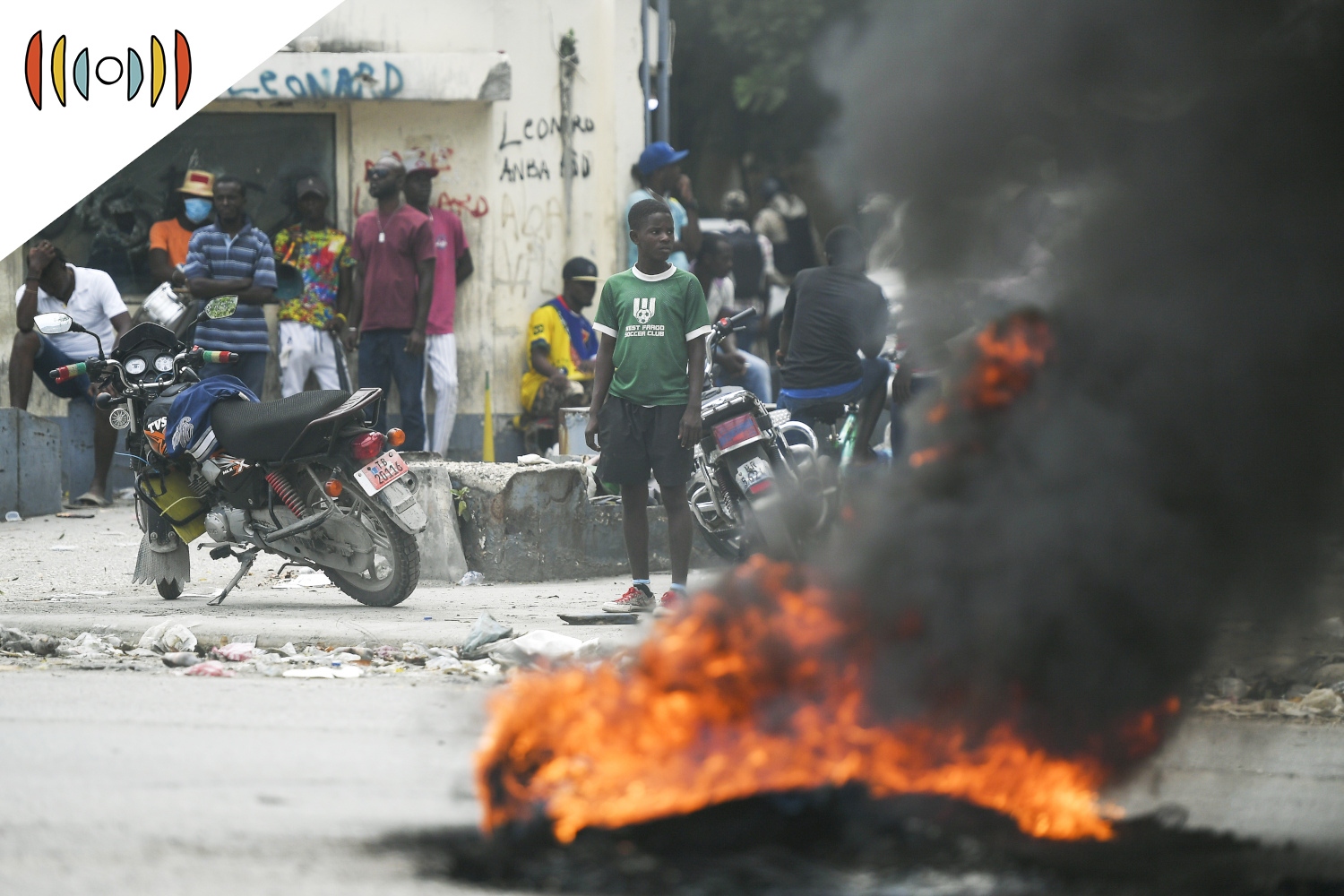 NICK EICHER, HOST: And I’m Nick Eicher. Up next: the crisis in Haiti.

Well, as we’ve reported, the Haitian government has asked the White House to send U.S. troops to help protect major infrastructure and stave off anarchy as gangs increasingly run the streets.

REICHARD: Turmoil is nothing new to Haiti. It’s the poorest country in the Western Hemisphere.

And few Americans know that better than Dr. David Vanderpool. He is a trauma surgeon and the founder and CEO of LiveBeyond. That is a ministry that helps provide healthcare, clean water, education, orphan care, and the gospel to the people of Haiti.

And he joins us now. Doctor, good morning!

DAVID VANDERPOOL, GUEST : Thank you. Good morning to you.

REICHARD: We mentioned that Haiti is the poorest country in the Western Hemisphere. Give us a sense of what life is really like for the people of Haiti, current crisis aside. What specific challenges do the Haitian people deal with each day?

VANDERPOOL: Well, you know, Haiti on a good day is really tough. You know, there's very little electricity in Haiti, almost no running water, and no sewage control. So, you're looking at a country that doesn't have any of the niceties that we enjoy here in the United States. And so people are extremely poor. We're talking about 80 percent of the people live on less than $2 a day, which is just an incredible crushing poverty that they live in day to day. Very difficult for them to find food, sufficient food. We're seeing about a 40 percent increase in starvation and children in our area, and so it’s very, very difficult, very challenging. And it's amazing considering how close Haiti is to our own border.

REICHARD: We’ve heard a lot about the gang violence there. How big of a problem is that for the people of Haiti?

VANDERPOOL: It's an extremely big problem. I can't emphasize that enough. Since the United Nations left in 2017, the gangs have proliferated. They’ve become really national gangs, almost cartels in nature. They've also been able to gather exceptionally powerful weapons. We've always seen nine millimeter weapons, small machine guns, but now they actually have Russian made medium machine guns at their disposal, which are just absolutely devastating against a population. So, the gangs are absolutely in control of the entire country and have been so for quite some time. The violence is just absolutely astounding. We've had violence perpetrated against us. Personally, my wife had an attempted kidnapping and beating. We were able to thwart that kidnapping, but it took overwhelming force to do so. Our base manager has been kidnapped and tortured for four days. And so people really need to understand that Haiti is an exceptionally bad place right now. It's exceptionally dangerous, and really needs some kind of external stabilization to get it back on track.

REICHARD: Doctor, the Hatian government has asked the White House to send troops to help keep some law and order ahead of elections. It remains to be seen whether the U.S. government will do that. Tell us about elections in Haiti: Are they relatively secure? And do the people trust the results as accurate?

VANDERPOOL: Not at all. The elections are not secure at all. A very small percentage of the people actually vote, and so it's arguably not a democratic election with such a small percentage. The people do not trust it. They know that the politicians are corrupt and corruption in Haiti is just of epic proportions, top to bottom, side to side. And so really, the elections are generally sort of a sham and they don't trust them at all, especially this last round of elections that was had in 2015 actually was vacated because of corruption. And then elections were held again in 2016 with the now assassinated president was democratically elected at that time. But a very, very corrupt country, the government is certainly corrupt as well.

REICHARD: How might Christians specifically pray for the people of Haiti?

VANDERPOOL: Well, you know, the real challenge and I think, you know, we hear this a lot from people is that Haiti’s not worth it. Why do we want to put any money, any energy into a place like Haiti? It's a failed state. And I understand that. I live there full time. And so I completely understand that sentiment. However, that people are not. And these are people that Jesus died for. And so the people who are there are the ones that are suffering and exceptionally the extreme poor. These are the ones who suffer the most. And so as people are praying, I ask people to pray that the peace of God will permeate Haiti, that the peace that really is not understandable through human terms will permeate Haiti, and that the love of Jesus and faith in Jesus, the entire country will turn toward Jesus for their salvation. Not toward the United States, not toward the United Nations, but to Jesus. That's their only way. It's anybody's only way of salvation. But Haiti in particular, really needs that right now.

REICHARD: Dr. David Vanderpool with LiveBeyond has been our guest. Dr., thanks so much!

VANDERPOOL: Thank you for having me.