Graduating without a graduation

WORLD Radio - Graduating without a graduation 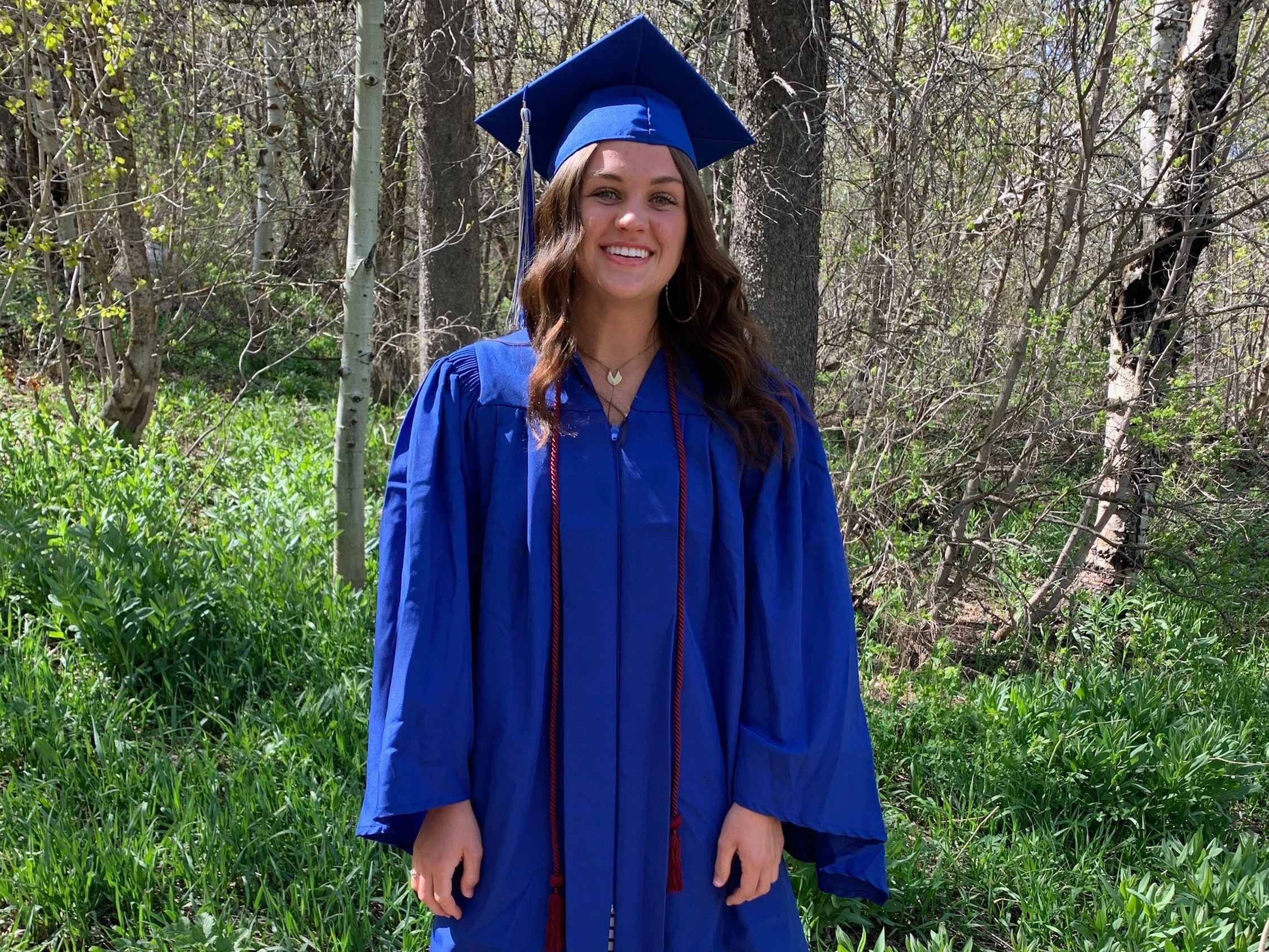 NICK EICHER, HOST: Coming up next on The World and Everything in It: graduation.

The traditional ceremony celebrates students’ academic achievements, from high school to grad school. It’s become an important marker for communities and families to recognize the transition into adulthood.

MEGAN BASHAM, HOST: This spring, with schools closed and large gatherings largely prohibited, many students faced the prospect of graduating without a graduation. But as WORLD reporter Sarah Schweinsberg tells us, school leaders aren’t letting the coronavirus keep them from celebrating their students.

SARAH SCHWEINSBERG, REPORTER: For seniors like Aspen Criddle, graduation is more than a ceremony. It’s a bookend to a life chapter. So when Criddle’s high school canceled graduation, she was devastated.

CRIDDLE: This whole year has been like oh my gosh this is my last this and this is my last dance and like kind of having that taken away from me so quick, I was excited to like graduate with all my friends and yeah, (cries) It’s OK.

Insead of a physical ceremony, her Ogden, Utah, high school is trying to create a virtual one. Administrators asked seniors to make personalized videos that they compile into one big presentation honoring the graduates.

For her video, Criddle dressed in her blue cap and gown and drove to her favorite ski resort. She smiles for her mom, who’s holding the camera.

CRIDDLE: They said come out here to a place that represents you and stuff and like just kind of shows your personality so I came to my favorite place to mountain bike.

Across the country, thousands of high schools and colleges are shifting graduation traditions. Many are taking their ceremonies online.

Pensacola Christian College in Florida always planned on having its graduation on May 8th. The coronavirus didn’t change that. The school mailed caps and gowns to graduates and asked them to tune in to a virtual ceremony.

AUDIO: So here we go. Grads this is your big moment. Pensacola Christian College is proud to present the virtual graduation event for the Class of 2020.

The school also posted individual announcements of each student’s degree.

School spokeswoman Amy Glenn says people showed up for the online ceremony like they would have in real life.

GLENN: It was viewed from all 50 states and 82 foreign countries with over 21,000 views. So we had a great response.

Chyelle Dvorak is a senior at Crown College in Minnesota. Dvorak says she’s grieving her lost graduation ceremony because it was the last opportunity to say goodbye to friends and professors.

DVORAK: Because I don’t know when I would see those people, again, ’cause they are all across the country. So it was something you just look forward to so much and you never really think, that that’s just never gonna happen.

Instead of a virtual ceremony, Crown is holding on an online chapel service honoring graduates.

DVORAK: They ask for a picture and what we’re planning to do after graduation.

Other schools are finding ways to gather in-person while following social distancing and crowd-size rules.

In Roseville, North Carolina, teachers from Thales Academy visited the home of each high school senior. They celebrated their graduation and college decision day.

STUDENT: I’ll be attending the Honors College at East Carolina.

Courtney Van Kleek is the school’s college counselor. She organized the event.

VANKLEEK: We created a route to go celebrate them. We got presents and treats for them, and teachers wrote cards for them. Just to say, “Hey, we appreciate you and we’re so thankful for you since we don’t get to see them every day.

The LaMoille School District in Illinois put on a school-wide parade with buses, convertibles, and fire trucks.

Jay McCracken is the superintendent.

MCCRACKEN: One of the things that made it special is that there were signs specifically made for the class of 2020. And it said “our support for you is contagious.”

Besides parades, some schools are holding drive-in-theater style graduations at outdoor venues. Parents and friends stay in their cars while graduates walk across an open-air stage.

Jay McCracken says LaMoille High School will eventually do that at the school’s football stadium.

MCCRACKEN: We have special masks that are being made by one of the teachers with the school colors and everything so it will be very safe. Mr. Ziggler, the principal and I will also be there also in mask and gloves to hand the diplomas to them….

Students and their parents walked into the school theater one family at a time, 5 minutes apart. Staff announced each student’s name and handed out a diploma without handshakes. A photographer and videographer captured the moment.

Senior Sidney Schroeder says the ceremony didn’t feel like a real graduation, but she appreciated the effort.

SCHROEDER: It felt kind of like playing dress up. It was kind of silly to me, feeling-wise. But I really respected that they were thinking of us and they wanted something to feel special.

Schroeder really loved the show of support from the community. The school booster club raised money to hang banners downtown. The banners featured a picture of each senior.

SCHROEDER: When they did it was just this really sweet like, “Oh they’re thinking about us. That’s adorable.

In addition to the special events they are doing now, some high schools and colleges are hoping to hold a traditional graduation ceremony later this summer or fall.

Even if those in-person ceremonies can’t happen, schools hope giving students just a taste of graduation will help them move on to the next chapter.