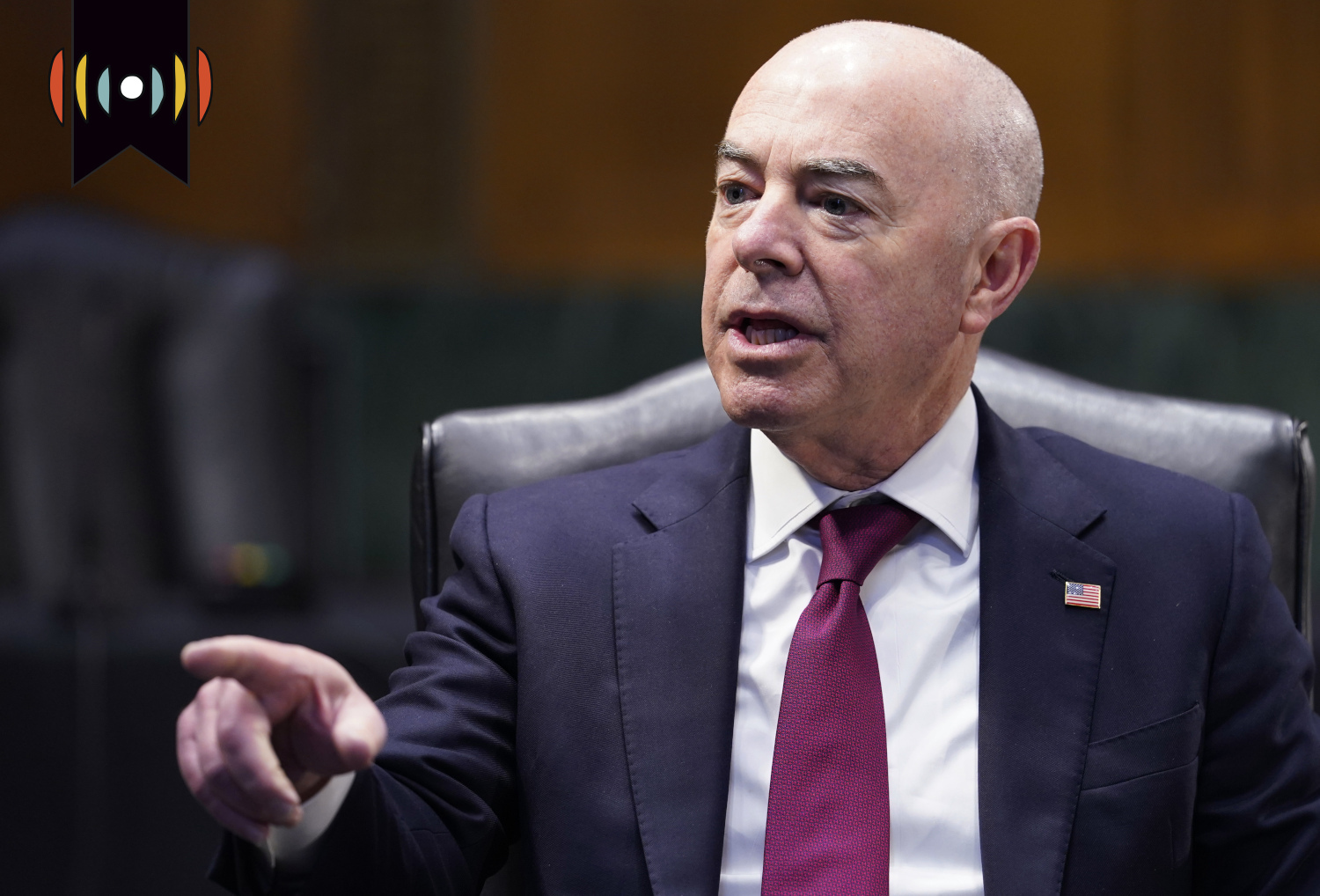 MARY REICHARD, HOST: It’s Tuesday the 14th of June, 2022. You’re listening to The World and Everything in It and we’re glad you are! Good morning, I’m Mary Reichard.

The Department of Homeland Security announced in late April plans to launch something called the Disinformation Governance Board. DHS Secretary Alejandro Mayorkas said the entity would create guidelines for all DHS agencies to combat what it called “disinformation.”

REICHARD: Pushback against the board was swift and loud. Just three weeks after introducing it, Mayorkas temporarily halted the board’s implementation and called for a review. But not everyone is satisfied with the temporary reprieve. WORLD’s Bonnie Pritchett reports.

BONNIE PRITCHETT, REPORTER: When Virginia State Attorney General Jason Miyares heard about the Disinformation Governance Board, he was suspicious.

MIYARES: One, I thought it could have a chilling effect on people's first amendment rights. The power of the federal government is just awesome. And the idea that you would have an unelected governing body somehow policing speech, concerns me greatly. And the second was, where did the Department of Homeland Security get the statutory authority to do it?

Miyares and 19 other state attorneys general believe DHS does not have that authority and sent Mayorkas a letter saying so.

Other efforts to undermine the disinformation governance board came from Republican lawmakers on Capitol Hill. They introduced legislation that prohibits funding the program.

In response, Mayorkas paused the board’s implementation and called for a review. He asked former DHS Secretary Michael Chertoff and former U.S. Deputy Attorney General Jamie Gorelick to work with the Homeland Security Advisory Council to review the proposed board. The group has until August to make its recommendations.

Miyares doubts the review will sufficiently address his concerns but hopes the reviewers will disband the board.

MIYARES: I think it's too easy to be abused. It's too easy for those in charge of bureaucracy to determine that our legitimate political disagreements in the marketplace of ideas, somehow is, quote, disinformation…

Critics argued the board’s vague objectives left a lot to be imagined. And they imagined the worst: First Amendment violations in the form of government-imposed or self-imposed censorship.

Milton Mueller is a professor at the Georgia Institute of Technology in the schools of Public Policy and Cybersecurity and Privacy. He says, defining the terms of the debate surrounding the board could have helped.

MUELLER: Yes, so disinformation has a fairly well understood definition. It refers to the intentional dissemination of misleading information with the purpose of manipulating people's behavior in a way that serves the interests of the disseminator of disinformation…

Mueller also directs the Internet Governance Project at Georgia Tech. It’s a think tank that researches the digital political economy, particularly cybersecurity and the governance of content on the internet.

Who gets to govern online content is a major source of contention surrounding the board.

MUELLER: The idea of disinformation when it is wedded to state actors, essentially puts the government in a position of deciding what is true or what is not true. Now, it is true that certain kinds of information, false information, can be deliberately disseminated, and it can pose a national security risk…

For example: False claims about election integrity can promote distrust of the electoral process. And lies about bank failures during a financial crisis could further damage markets.

MUELLER: Now how much of this is a national security issue? This is one of the things that I, you know, started to part company with. So, there's a whole theory in political science and international relations about what we call “securitization.” And that is where you declare something is a national security issue, and that allows all of the normal constraints to just go away, right…

Department of Homeland Security representatives declined an interview and responded to questions with an unsigned statement saying the board would protect Americans from disinformation that threatens the homeland from foreign adversaries.

The statement also said the board had been grossly and intentionally mischaracterized—that it was never about censorship or policing speech in any manner.

But, for critics, actions spoke louder than words.

MUELLER: So, there is a role for DHS, a cybersecurity role. And there is a role for public authorities of any level of government to counter false information about vaccines, about public health, about threats. But the idea that we need a special disinformation governance board, I think, was not a wise one. And I think that the, the biggest the biggest mistake that they made, was not just the idea of calling it a governance board, but they appointed the head of it was this partisan political person named Nina Jankowicz. She was not somebody who would inspire confidence in DHS taking a limited, First Amendment respecting role…

Jankowicz is an author and analyst of Eastern Europe and the former Soviet Union. Her political leanings were evident before Mayorkas tapped her to head the new board.

She criticized the investigation into Hunter Biden’s laptop as a “Trump campaign product.” A claim now proven false. In promoting an article about online “gendered abuse” she Tweeted, “Platforms and governments aren't doing enough. It's time to act. Our national security and democracy are at stake.”

Jankowicz resigned when Mayorkas paused the board’s roll out.

Virginia Attorney General Jason Miyares and others are awaiting the review recommendations.

MIYARES: My Solicitor General, who represents our office in all federal filings, is monitoring this. And, if they, you know, they will make a public report. I don't think they will try to hide the football on this board review what they say…

He hopes the Department of Homeland Security will disband the group. If not, his department will explore legal responses.

MUELLER: The point is, we cannot have the government itself  becoming the arbiter of what is true and what is not. We really have to rely on the classical liberal idea that people have to make up their own minds, and that we're going to have a free and open debate. And, you know, truth will not always win. But I don't see any better way of giving it a fair chance to win then by allowing a free and open media.