Local and international missionaries share the gospel during the Olympic Games

Photo courtesy of the International Mission Board 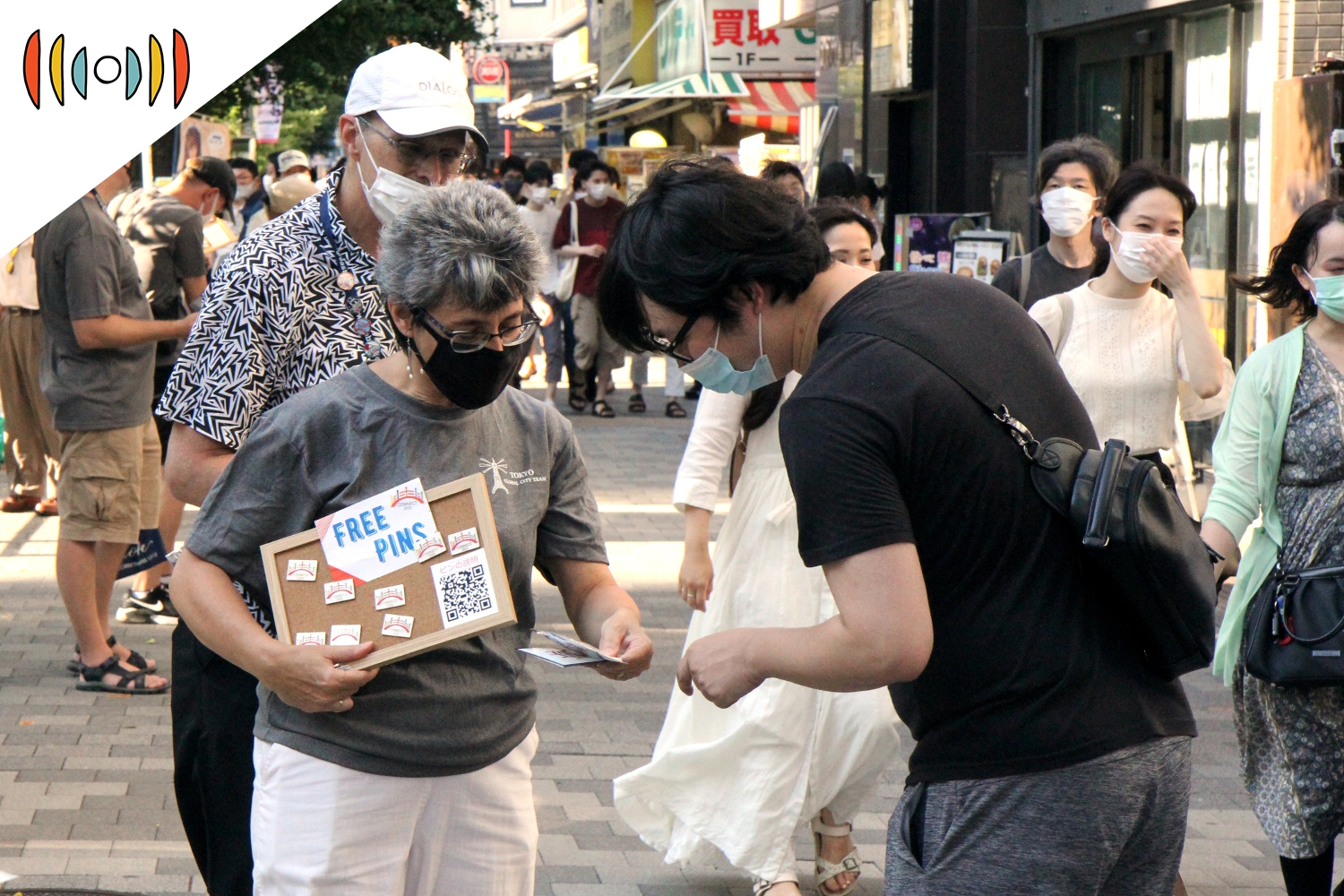 Coming next on The World and Everything in It: Olympic Ministry.

The Olympic Games come to a close on Sunday in Tokyo. The entire event looked and sounded much different than usual with almost no spectators in the stands.

But a small band of faithful Christians already in Tokyo took the gospel to the streets.

Last week, WORLD Correspondent Bonnie Pritchett spoke with U.S. missionaries and a Japanese pastor in Tokyo to get their story.

MAN: God we pray for today- that you will lead our efforts—that you will specifically lead people to us who are searching for you.

This weekend Christians in Tokyo will cross the finish line of an Olympic-themed ministry. It’s not the marathon they had planned for almost two years ago. It’s more like the steeplechase with extra hurdles tossed into their path.

Ever-evolving COVID-19 protocols have kept the ministry team of local and foreign Christians constantly adjusting their game plan. They’re doing it without losing sight of the goal—sharing the gospel with Tokyo’s 37 million residents.

SCOTT: It's huge. And you have in Japan, 99.5 percent lostness, you have churches, with the average attendance of maybe 30 to 40 people.

That’s Scott Bradford. He and his wife, Julie, are missionaries in Tokyo with the Southern Baptist Convention’s International Mission Board. They came to the world’s most populous city in late 2019.

Tokyo ministry teams had just completed an evangelistic outreach during the Rugby World Cup. They anticipated duplicating those efforts for the Olympic Games only a few months later.

Akira Watanabe is a pastor at Tokyo Baptist Church, a partner in the World Cup and Olympic outreaches.

WATANABE: And that was very successful. So, we had big expectations for Olympics. But unfortunately, since last year the situation has totally changed.

Julie Bradford said postponing the games affected more than the Japanese ministry teams. Over 200 international volunteers from outside Japan were prepared to assist the effort.

JULIE: I think there was a lot of disappointment. So, we did have to regroup. We did have to look at things and say, ‘Okay, God's got this, but you know, we have to join him.’ And but we do have to grieve, right?

With the games on hold, the newly transplanted Bradfords turned their attention to forging relationships with their mission partners and Tokyo’s handful of Christian churches. They believe their team was better prepared when the 2020 Olympic Games finally opened July 23.

VOICE: Hello from Tokyo, Japan. Hey, we’re right here at Nakano Station as you can see right behind us. Today we were doing 5-Minute English. And we were able to engage 80 people today.

SCOTT: So, how do we do these activities and spread it out and still be strategic and effective, but also do it in a way that is not going to raise attention and is not going to cause people to be uncomfortable?

WATANABE: This month is not good for evangelism.

How could they assist without appearing to defy their own government?

WATANABE: As Romans 13:1 says, ‘Let everyone be subject to governing authorities.

So, Japanese Christians are taking a support role. They’re praying. And they’re offering their churches for follow-up activities, once it is allowed.

Scott Bradford tapped into the extremely popular cosplay culture and donned an anime character costume to hand out Bible literature near the city’s busiest pedestrian crosswalk.

As of July 31, the team had spoken with over 500 people. Sixty-two of the conversations included gospel presentations.

The Olympic evangelism project may not be reaching the world as originally planned. But for one man among the 37 million people, their faithfulness may have made all the difference in the world. U.S. missionary Pierce Hite explains.

HITE: Yeh. One of those cool engagements we had was with a guy from China who’s here as a student. And he has had a hard time meeting people and making friends. So, he just straight up asked us directly, ‘Would you be my friend?’ And so, we talked to him and said ‘We would love to be your friend…’

The student was invited to and agreed to attend a follow up event.

Those sharing the gospel in Tokyo the last two weeks have little control over when, where or even how it takes place. But there is one thing they do control:

SCOTT: And so, we can’t control what is happening under the scenes. All we can control is being faithful and doing what God has called us to do and living out our lives and sharing the good news of the gospel.

Reporting for WORLD, I’m Bonnie Pritchett. I’d like to thank Scott Bradford and Andrew Rivers for providing audio from their work in Tokyo for this report. Arigatou gozaimasu!

The second line in your title the word "missionary" is misspelled.

Thank you for pointing out the error. We have corrected it.