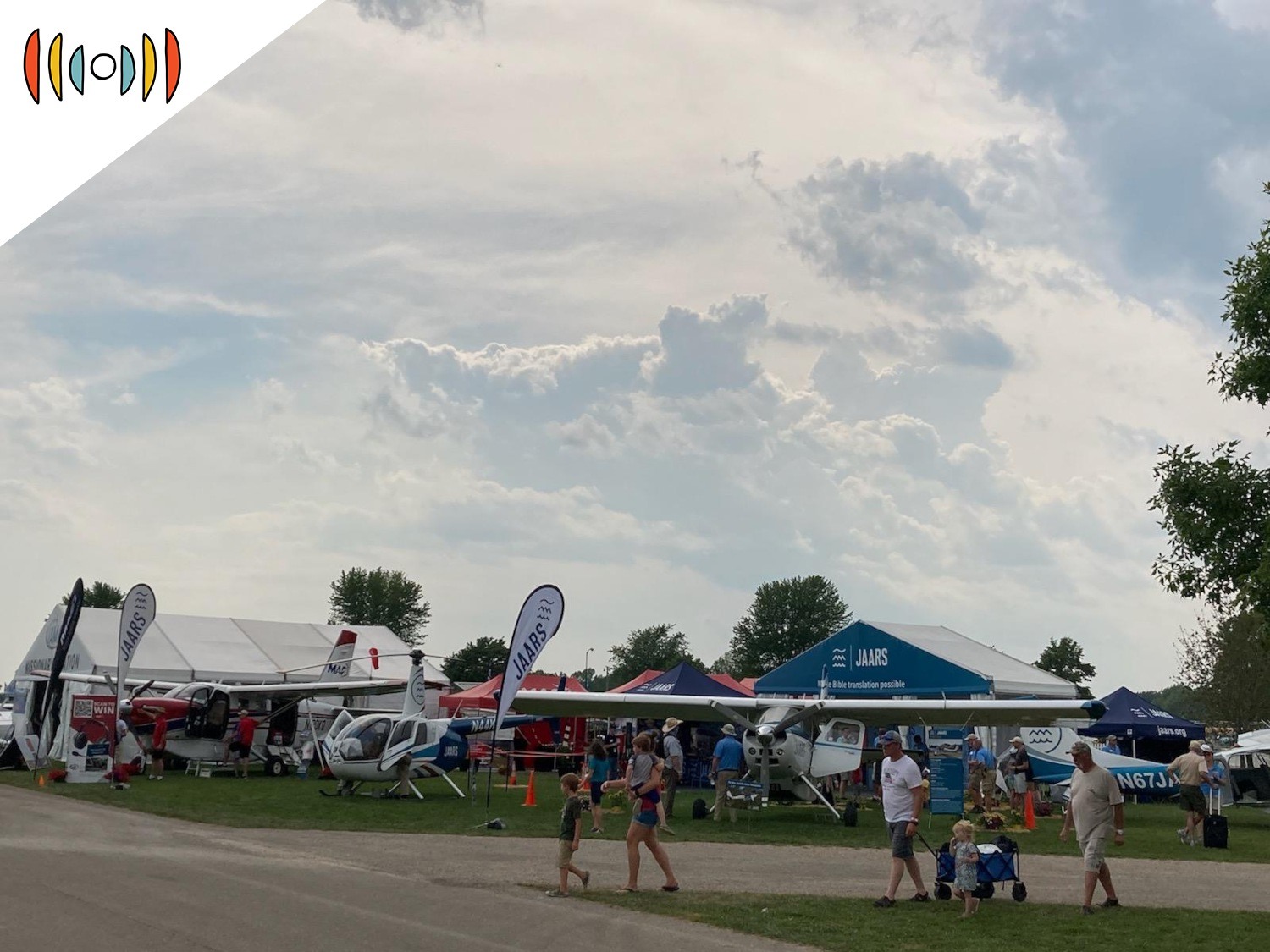 NICK EICHER, HOST: Today is Tuesday, September 14th. Thank you for turning to WORLD Radio to help start your day.

Coming next on The World and Everything in It we return to the Experimental Aircraft Association “Air Venture”— held each summer in Oshkosh, Wisconsin.

Hundreds of thousands of fans come for the air show, exhibitions, and friendships. Many Christian missionary organizations also fly in to meet and mingle. And thanks to one man and a team of volunteers, they’re well cared for by a network of local churches.

WORLD’s Hayley Schoeppler has the story.

HAYLEY SCHOEPPLER, REPORTER: It’s a rainy morning in Wisconsin, and while a vanful of missionaries are still waking up, their driver, Lee Smoll is ready for the day.

SMOLL: We've got a car full of people in the back and they are watching things happen and listening to the rain and hoping it goes away before we get too far into the day. But it's been kind of amazing.

Smoll does a whole lot more than just drive people around during the annual EAA AirVenture event. He works behind the scenes to make sure that over 200 guests at Oshkosh are taken care of—from housing, to meals, to transportation.

Echoes of his story could be heard in an opening prayer at a nearby church that kicked off the week-long event for the Christian aviators:

NEVIN: They don’t realize planes and Jesus can go together. Lord there’s going to be a lot of idolatry this week, people coming to Oshkosh because they worship planes. I pray Lord, this week, we could redirect those affections to you in a meaningful way that you might be glorified.

A “redirection of affections” is exactly what happened to Lee Smoll. Back in the 1970s, EAA and AirVenture were just beginning in Oshkosh. Smoll’s story started with a car ride.

SMOLL: One of the guys at our church, this friend of mine, knew that I was interested in missionary aviation. And so he said, “Lee, why don't you pick up Bob Griffin at the airport in Appleton and take him to Oshkosh."

At the time, missionary pilot Bob Griffin served with JAARS, originally Jungle Aviation and Radio Service. The ministry saw EAA as a great opportunity to get the word out about their work to aviators. Smoll jumped at the opportunity to help.

He was facing what might be called a midlife crisis. He loved aviation and felt like God wanted him to do something with airplanes —yet when he tried, he kept hitting dead ends. That car ride sparked an idea.

SMOLL: Then I think the next year or something like that, we said let's have a social event in the midweek and the JAARS people were here and so we had a corn roast on Wednesday night and invited some of our local friends and we went out and join them for the corn roast.

Through these socials, Smoll would meet another local who was interested in aviation—Debbie. She’s now his wife. But that’s not the end of the story as they’ll tell you:

SMOLL: I wanted to enjoy Oshkosh. And so I took my three boys. And we went down there and stayed the whole week and we camped out right beside Bob and Louise Griffin as they've made food for the JAARS people. And there by then there was probably five or six people . . .

Seeing the Christian missionaries cooking their own food gave Lee an idea. Soon he’d mobilized local Christians to bring in food for the missionaries at EAA so they could focus more on the event.

SMOLL: I says hey, you go to a church in Oshkosh, why don't you bring food in and serve it to these people and so her church decided sure we can do that.

At first things went well, but as EAA grew, they signed a food contract with a catering company. This meant the church team could no longer bring in food for the missionaries.

SMOLL: So they ended up telling us that we can't do that, they kicked us off the grounds that year, and said next year, you can't be on the ground. So if you want to do something you got to you got to do it a little differently. So the next year, then we set up, there's a farm right south of the EAA grounds. And the farm there was a little bit further, but we set up our camp ground there . . .

Word got around though—all the way up to the AirVenture founder.

SMOLL: Paul Poberezny found out about it, when Paul realized that they had done that, His comment was, don't mess with God. Don't mess with God. And they came back to us. And I heard the story and was able to walk in there and they blessed us with armbands for the week. They blessed us with a free campsite that we could go right outside the South Gate. South Gate was a lot closer at that point. But we got a special blessing from the EAA friends. And ever since then, we have been blessed.

After years of praying for a way to serve God through aviation, Smoll found his calling with his “Mission Aviation Support Association,” or “MASA” for short:

SMOLL: We're now serving three meals a day, to the missionaries that come to Oshkosh. And each year, there's right now 250 or so coming, and we're serving those three meals a day. And when you put five and five together, we've got about 5000 plates of food that we serve during the week at the EAA. It's incredible.

From meals to housing, from driving a vanful of missionaries to building personal relationships with many missionaries over the years —Smoll loves this annual opportunity.

SMOLL: When you get a team together, rubbing elbows for the week and dreaming and talking and thinking, things change and things happen to see God do some mighty things with us while we were at the EAA, you know, and so it's been awesome.