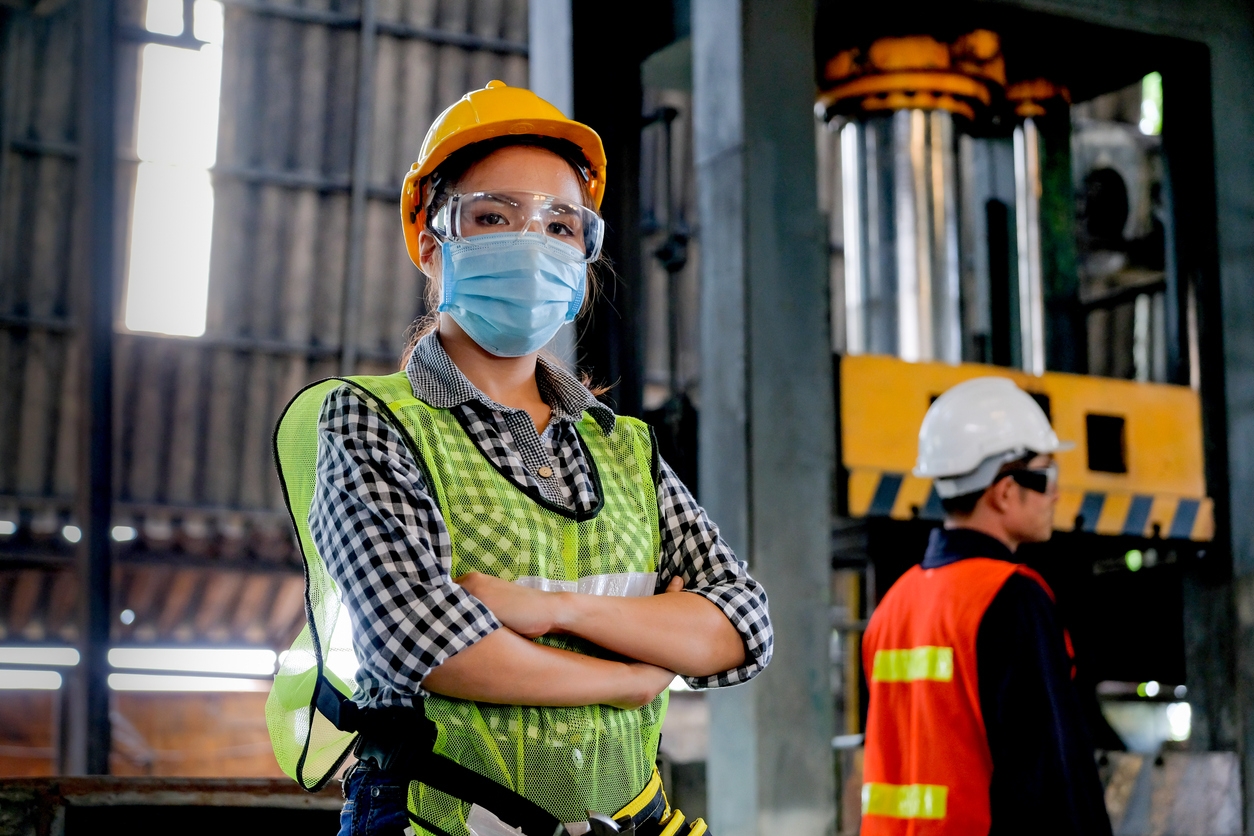 MARY REICHARD, HOST: It’s Monday the 7th of September, 2020. Glad to have you along for today’s edition of The World and Everything in It. Good morning, I’m Mary Reichard.

NICK EICHER, HOST: And I’m Nick Eicher. Well, well, well. We were planning to give you the day off, Mary. But, turns out, you don’t need it.

REICHARD: I don’t. No, I don’t. Here’s what happened. I went to Chicago to help my daughter move and—long story short—wound up getting exposed to COVID. So I’m in quarantine.

And I’m grateful for your help in giving me something to do while I wait this out—delivering some equipment up here so as long as I’m not so sick I can’t work, I can work.

EICHER: Well, in seriousness, we can certainly call on the prayers of the WORLD family that you pull through this in good shape. We’ve got to take it seriously, and we do. We’re just going to have to be flexible here for awhile. But for today we will stick with our original plan to mark Labor Day with a tribute to labor.

REICHARD: Yes, Labor Day became an official federal holiday in 1894. But by then, 30 states were already holding their own Labor Day celebrations. Those usually included parades, speeches, and picnics organized by labor unions.

A history of the holiday on the Department of Labor website notes, “The vital force of labor added materially to the highest standard of living and the greatest production the world has ever known.”

EICHER: Yes, work has enormous economic value allowing us to take care of our families and our churches and love our neighbors all at the same time. But work is also vital to our spiritual and emotional flourishing. After creating Adam and Eve, God gave them work. Even in paradise they were not expected to lounge around. They were to fill the earth and subdue it.

So, how should God’s ideas about work shape our own perspective on the daily 9-to-5? Hugh Whelchel has a few thoughts on that. He’s president of the Institute for Faith, Work, and Economics.

Our colleague Megan Basham recently spoke to him about why Christians should re-examine their view of work. Here’s their conversation.

HUGH WHELCHEL, GUEST: Good morning. Great to be back.

BASHAM: The way Americans work, and perhaps even their perspective on work, has changed a lot in the last six months. What do you think is the biggest difference between the way we, as a nation, approached our work pre-pandemic and now? And are the changes for the better?

WHELCHEL: I fear that it’s not. I fear that one of the problems now is people feel work’s even less important now than it was before. Whether that’s because they’re having to do it from home or they’re not working the way they were working before, and yet the world goes on and everything seems to be functioning. But I think that there’s a chance for us to kind of slip into this even farther into heresy.

I think that’s been assumed by too much of the church that work’s not really that important. So as a result, many people think that their work has nothing to do with their Christianity. In fact, they believe their salvation’s just this bus ticket into heaven and they can sit around and play video games until the bus gets here because what they do here is not very important. That’s a heresy that runs throughout the church and it’s very unfortunate.

Now, the word subdue there literally means to go make the earth an incredible place for human beings to flourish. And that’s what our work is all about. And, see, so work’s not meaningless. And, as you also alluded to, we will do that same work in the new heaven and the new earth. It was true in the Garden. It’s true of us today. And we will be in eternity working forever because work is a good thing. It’s what God has given us, it’s a tool God has given us to bring flourishing to his creation.

BASHAM: Well, we have to notice in the political realm, capitalism seems to be facing increased criticism, especially from those advocating for a more socialist approach. How would you address that, as it relates to the values of hard work and entrepreneurship?

WHELCHEL: Yeah. That’s a really good question. And I don’t let my staff say that God endorses capitalism. I think you have to be very careful about that, right? So, really, you have to look at these different systems and say, “What’s the most closely aligned with the principles that I read in Scripture?” And I can guarantee it’s not socialism. And I can guarantee it’s not communism, right? So, capitalism aligns with a lot of the principles.

For example, in the Ten Commandments we read, “Thou shall not steal.” What does that imply? That implies property rights. Property rights don’t exist in socialism or communism. So, I would throw those out just on that alone.

So, I think we have to look at things like that and one of the problems we’ve had, particularly in the business world, is we’ve been so divorced from our faith when we came and did this, it was like everything else. We’re supposed to be salt and light in the business world, doing things differently. Doing things in a way that not only brings flourishing to God’s creation, but serves as salt and light and serves as an example to others that this is the right way to work. And I think many Christians, we need to self-examine, I think we’ve been remiss in the way we’ve done that.

BASHAM: Well, something else that probably should set us apart and maybe sometimes doesn’t is how we define success. So, last question for you, Hugh. How do you think Christians define success in their work?

WHELCHEL: I write about that in my book, How Then Should We Work? And one of my favorite people in the world—he’s with the Lord now—he’s a basketball coach. And he was the best in the world. His name was John Wooden. He was the coach for the UCLA basketball team in the 70s and 80s and a lot of people don’t know he was a very committed believer. And he was asked one time what his definition of success was and he said it’s becoming the best that you’re capable of becoming.

God wants us all to play up to our potential. And he’s given us tremendous potential and we need to rise to the occasion. Good enough is not good enough. We want to bring exceptionalism to everything we do. And see one of the problems is that we look at success in our culture by comparing it to what other people are doing. God looks at success by comparing it to what you’re capable of doing.

So, success, I mean, this is the story of the parable of the talents. Success is going out and doing the best that you can do. That’s what God is going to judge you by and you better be willing to bring your A game every day.

BASHAM: Hugh Whelchel is president of the Institute for Faith, Work, and Economics. Hugh, we all appreciate the work you’re doing. Thanks so much!

WHELCHEL: Thank you. It’s great to be here.