Secretary of State Tony Blinken urged world leaders to stand up to Russia, protesters are defying the Kremlin with anti-war demonstrations, Ukraine announced a high-profile prisoner swap with Russia, Hurricane Fiona is taking aim at Canada, more than a half million people in Puerto Rico are still without water service, an Indiana judge blocked enforcement of a pro-life law, at least nine people have died in clashes with security forces in Iran 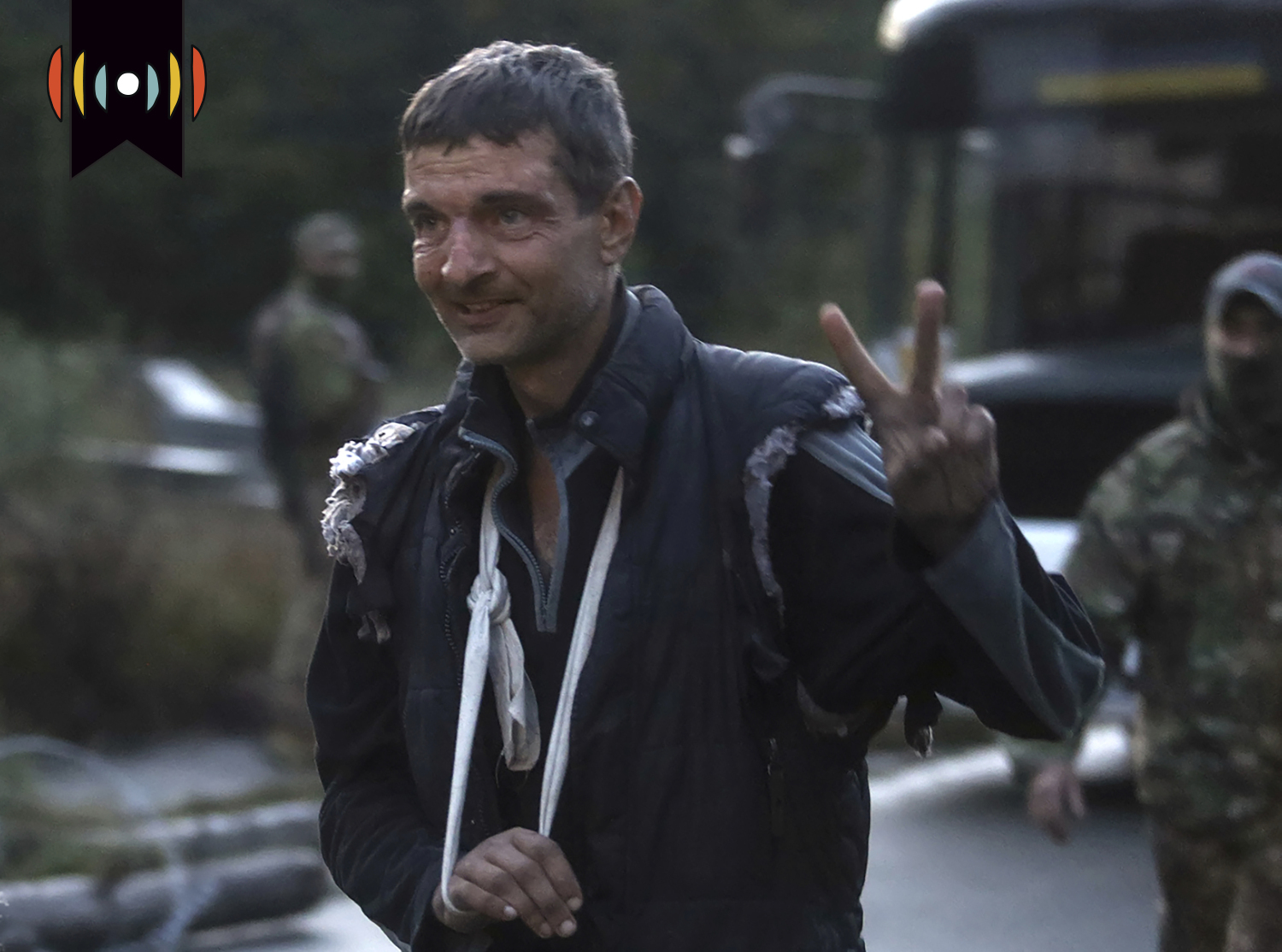 Blinken at UN » Secretary of State Tony Blinken faced world leaders at the UN General Assembly on Thursday, urging them to stand up to Russia.

BLINKEN: The very international order that we have gathered here to uphold is being shredded before our eyes.

Russia this week called up a portion of its reserves for the first time since World War II.

After those votes, the Kremlin will declare that it has annexed those occupied regions …

BLINKEN: When that’s complete, we can expect President Putin will claim any Ukrainian effort to liberate this land as an attack on so-called Russian territory.

Blinken said that’s all the more menacing after Putin made a thinly veiled threat to use nuclear weapons in response to any attacks on Russian territory.

Russia protests/exodus » That reservist call-up has sparked anti-war protests in Russia. Demonstrators continue to defy the Kremlin, some yelling “I will not die for Putin.”

And multiple reports Thursday stated that the government is conscripting many of those protesters into the military.

At the same time, thousands of Russians are trying to flee the country.

One-way airline tickets out of the country skyrocketed in price and began rapidly selling out after Putin announced the mobilization. And Finland is considering barring Russians crossing the border as traffic has surged at checkpoints.

KRISTEN FLAVIN, REPORTER: Many of the Ukrainian fighters who defended a steel plant in Mariupol during a long Russian siege are home with their families today.

Ukraine gave up a prominent ally of Russian President Vladimir Putin and 55 other prisoners to bring them home. Officials in Kyiv said Russia released 215 Ukrainian and foreign citizens in return.

Many were soldiers and officers who faced the death penalty in Russian-occupied territory.

Fiona packs winds around 130 miles per hour. But it is expected to weaken to a category 1 storm before landfall tomorrow.

As for the rain, Philippe Papin with the National Hurricane Center says that in and around Nova Scotia...

PAPIN: We’re expecting 3-to-6 inches of rainfall with local maximum of up to 10 inches. And so this rainfall could result in areas of flooding, some of which may be significant.

Fiona passed to the west of Bermuda on Thursday night, lashing it with strong wind and rain, but sparing the island its full wrath.

BIDEN: For debris removal, search and rescue, power and water restoration, shelter and food for the whole month. We’ll do everything we can to meet the urgent needs you have. We know they’re real and significant.

The storm wreaked havoc on an electrical grid that was never fully rebuilt after Hurricane Maria struck five years ago.

Fiona dumped roughly two feet of rain on parts of Puerto Rico before blasting across the Dominican Republic and the Turks and Caicos Islands.

Abortion activists sued, claiming the law violates the state’s constitution. And the judge sided with them, ruling that their lawsuit will likely prevail and that an injunction is warranted in the meantime.

For now, the state will go back to its previous law that protects the unborn from abortion after 20 weeks gestation.

Iran protests » In Iran, at least nine people have died in clashes with security forces. They’re protesting the death of a 22-year-old woman in police custody and venting anger over social repression and the country’s mounting crises.

Violence erupted over the weekend with demonstrators taking to the streets in at least a dozen cities.

Iran’s government shut down mobile internet service again on on Thursday in an effort to curb the growing protests.