Supporters of the Shiite Hezbollah and Amal groups chant slogans against Judge Tarek Bitar who is investigating last year's deadly seaport blast, during a protest in front of the Justice Palace, in Beirut, Lebanon, Thursday, Oct. 14, 2021 Hussein Malla/Associated Press Photo 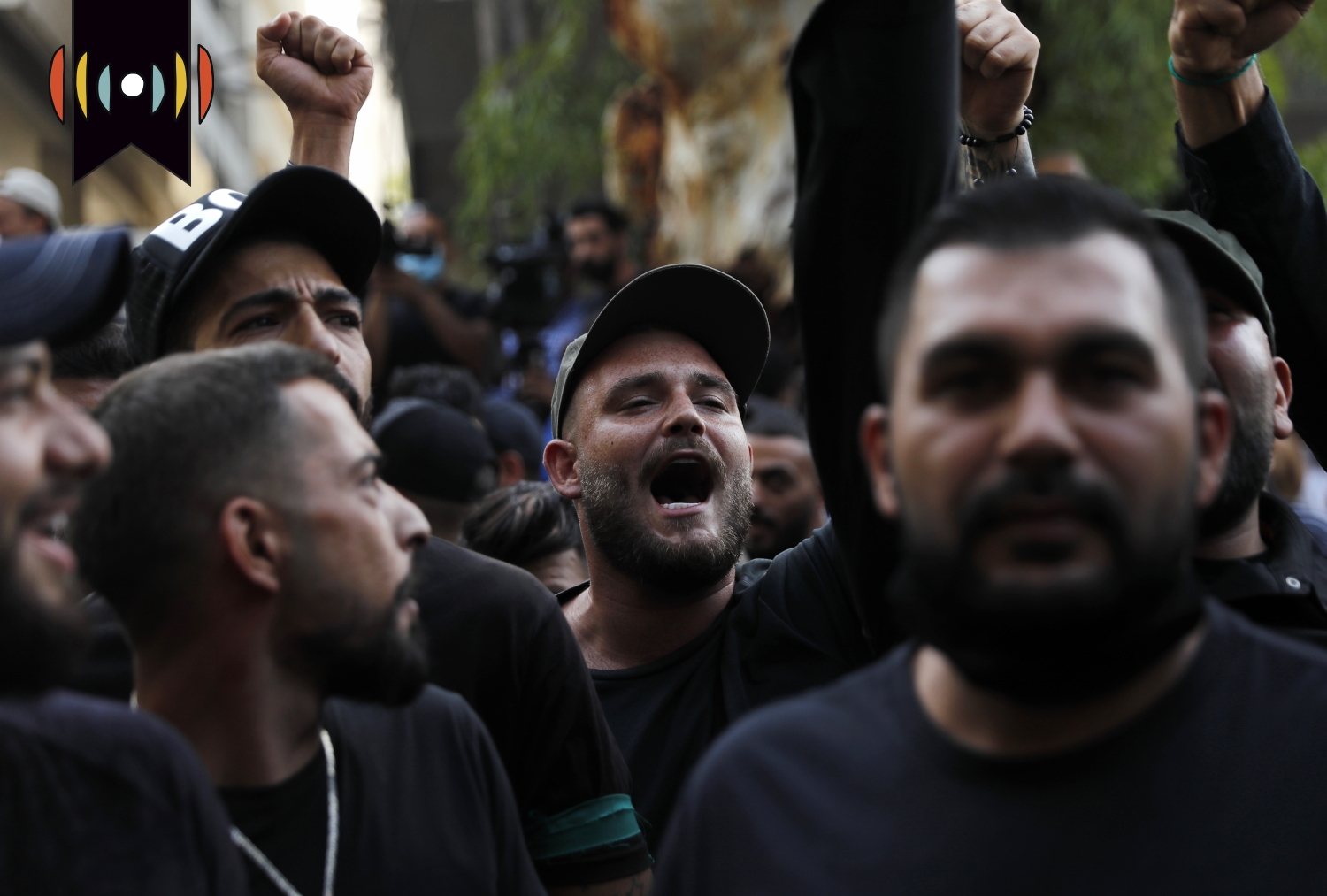 BIDEN: Daily cases are down 47 percent. Hospitalizations are down 38 percent over the past 6 weeks.

He added that case rates are down in 39 states.

The CDC reports that about two-thirds of the U.S. population has now received at least one shot and 57 percent are fully vaccinated.

The president’s remarks came as an FDA advisory panel on Thursday considered whether millions of Americans who received the Moderna vaccine should get a booster shot. Regulators are also reviewing Johnson & Johnson’s request to authorize boosters. Biden said he expects a final decision within the next couple of weeks.

BIDEN: If they authorize the boosters, this will mean all three vaccines will be available for boosters.

Judge blocks United Airlines from suspending employees over vaccine » The president also called once more on the millions of Americans who remain unvaccinated to get the shot. And he praised private companies that are implementing vaccine mandates for their workers.

But a federal judge has put one such mandate on hold. WORLD’s Kristen Flavin has more.

U.S. District Judge Mark Pittman in Fort Worth, Texas, granted a restraining order this week in favor of employees who are suing over the requirement.

Lawyers for the employees and the airline agreed last month that United wouldn't put the workers on unpaid leave. But the judge wrote that the agreement will expire before he can rule on the merits of the matter. He said that would leave “hundreds of workers” at risk of being put on indefinite unpaid leave … or forced to get a vaccination that violates their religious beliefs or medical restrictions.

The suing employees are seeking to turn the case into a class-action lawsuit. United says about 2,000 of its 67,000 U.S. employees asked for exemptions.

Unemployment applications have fallen steadily since last spring as many businesses, struggling to fill jobs, have held onto their workers.

The decline in layoffs comes amid an otherwise unusual job market. Hiring has slowed in the past two months, even as employers have posted a near-record number of open jobs.

At the same time, Americans are quitting their jobs in record numbers, with about 3 percent of workers doing so in August.

At least 46 dead in Taiwan fire » At least 46 people are dead after a fire Thursday in Taiwan. WORLD’s Josh Schumacher has more.

JOSH SCHUMACHER, REPORTER: The flames began rising from a mixed use commercial and residential building in the port city of Kaohsiung.

A column of black smoke rose over the 13-story building, which was home to many poor, elderly and disabled people.

Witnesses said they heard something that sounded like an explosion at about 3 a.m. when the blaze erupted in the lower floors of the dilapidated building. The structure once housed a movie theater, restaurants, and karaoke clubs, but those lots were all abandoned.

It took firefighters several hours to extinguish the blaze. Throughout the day, first responders pored through the wreckage and recovered dozens of bodies. At least 14 people later died at the hospital.

Clashes between Christians and Muslims turned deadly in Beirut on Thursday.

At least six people died and 30 more were injured in a firefight.

The Muslim militant group Hezbollah organized a demonstration along with an allied group to protest the judge leading an investigation into last year’s port bombing.

Both Christian and Muslim groups said rooftop snipers from the other side began gunning them down. The gunfights then spread through nearby Christian neighborhoods.

NULAND: We join the Lebanese authorities in their call for calm and deescalation of tensions.

Stray bullets struck some residents in their homes while masked men shot machine guns in the streets.

The Lebanese army deployed troops to counter the shooting and evacuate residential areas.