This image provided by Pfizer shows its COVID-19 pills. Pfizer via Associated Press 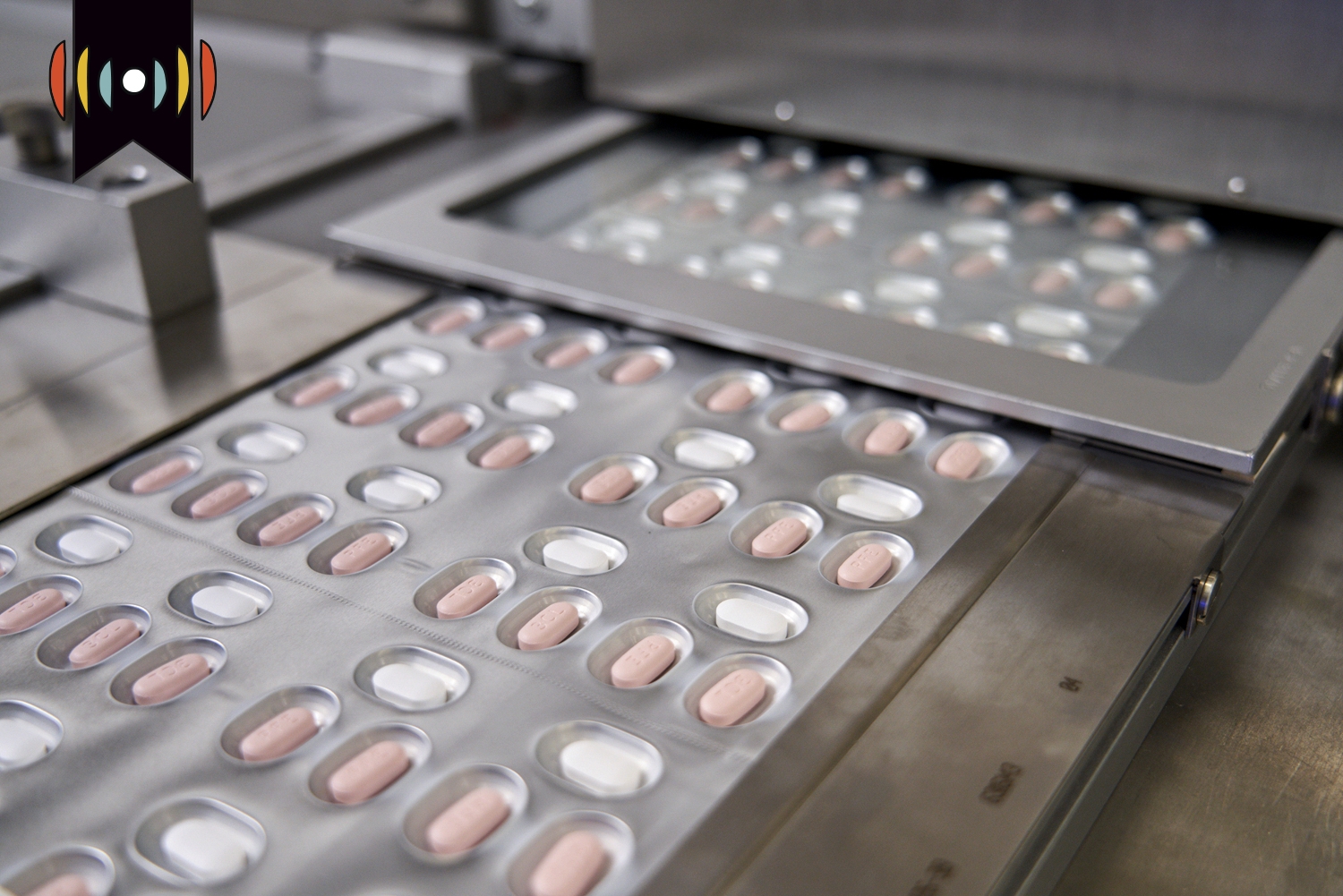 The four-week average of claims, which smooths week-to-week volatility, also fell to a pandemic low of roughly 273,000.

That means jobless claims continue to edge toward their pre-pandemic level of around 220,000 a week.

It is not yet approved for use in the United States. Pfizer asked the FDA on Tuesday to authorize emergency use of the pill. The company recently reported that the treatment cut hospitalizations and deaths by 89% among high-risk adults who had early symptoms of COVID.

The FDA is already reviewing a competing pill from Merck and will hold a public meeting on it later this month.

The U.S. government has already agreed to buy about 3 million treatments for Merck’s drug.

President Biden said the treatments could be—quote—“another critical tool” to “accelerate our path out of the pandemic.”

Oklahoma governor grants clemency, hours before scheduled execution » Just hours before Julius Jones was set to be executed, Oklahoma Gov. Kevin Stitt commuted his death sentence to life imprisonment. The state was scheduled to execute Jones at 4 p.m. on Thursday.

Jones, now 41 years old, was 21 when he was charged with the murder of an Oklahoma City businessman in a carjacking. State attorneys said the evidence was overwhelming against him. Investigators found the murder weapon with Jones’ DNA on it in his home. Jones claimed a friend framed him.

His case garnered international attention after a 2018 documentary reported accusations of racial bias and misconduct in his trial.

More than 6 million people signed a petition to spare his life.

JOSH SCHUMACHER, REPORTER: Stutzman said she is “at peace” with her decision to retire. By doing so, she avoids violating her conscience and she also avoids what could have been millions of dollars in legal fees.

The Alliance Defending Freedom announced Thursday that the 77-year-old Washington florist settled with the ACLU to end its lawsuit against her.

The case stems from Stutzman’s decision to decline to arrange flowers for a same-sex wedding nearly a decade ago.

Over the summer, the Supreme Court declined Stutzman’s appeal after the state high court ruled against her a second time.

Stutzman has agreed to withdraw her rehearing request to the Supreme Court and to pay $5,000 to Rob Ingersoll, one of the people who sued.

She intends to retire from Arlene’s Flowers and sell the shop to her employees.

Belarus temporarily moves migrants » In Belarus, soldiers have reportedly escorted most of the migrants amassed at Poland’s border to a nearby warehouse.

State-run media reported that Belarusian soldiers escorted the migrants to a heated warehouse to escape the cold. Migrants inside say authorities are providing mattresses, hot water, and meals but not enough.

The UN’s refugee agency said roughly half of the estimated 7,000 migrants are women and children. At least 12 have died in the past week in clashes with Polish border guards.

Belausian leader Alexander Lukashenko claims Belarus will try to convince the remaining migrants to return to their home countries.

Several European Union nations accused Lukashenko of “weaponizing” the migrants, funnelling them to the Polish border in retaliation for EU sanctions.