A due to limited supplies sign is shown on the baby formula shelf at a grocery store Tuesday, May 10, 2022, in Salt Lake City. Rick Bowmer/Associated Press Photo 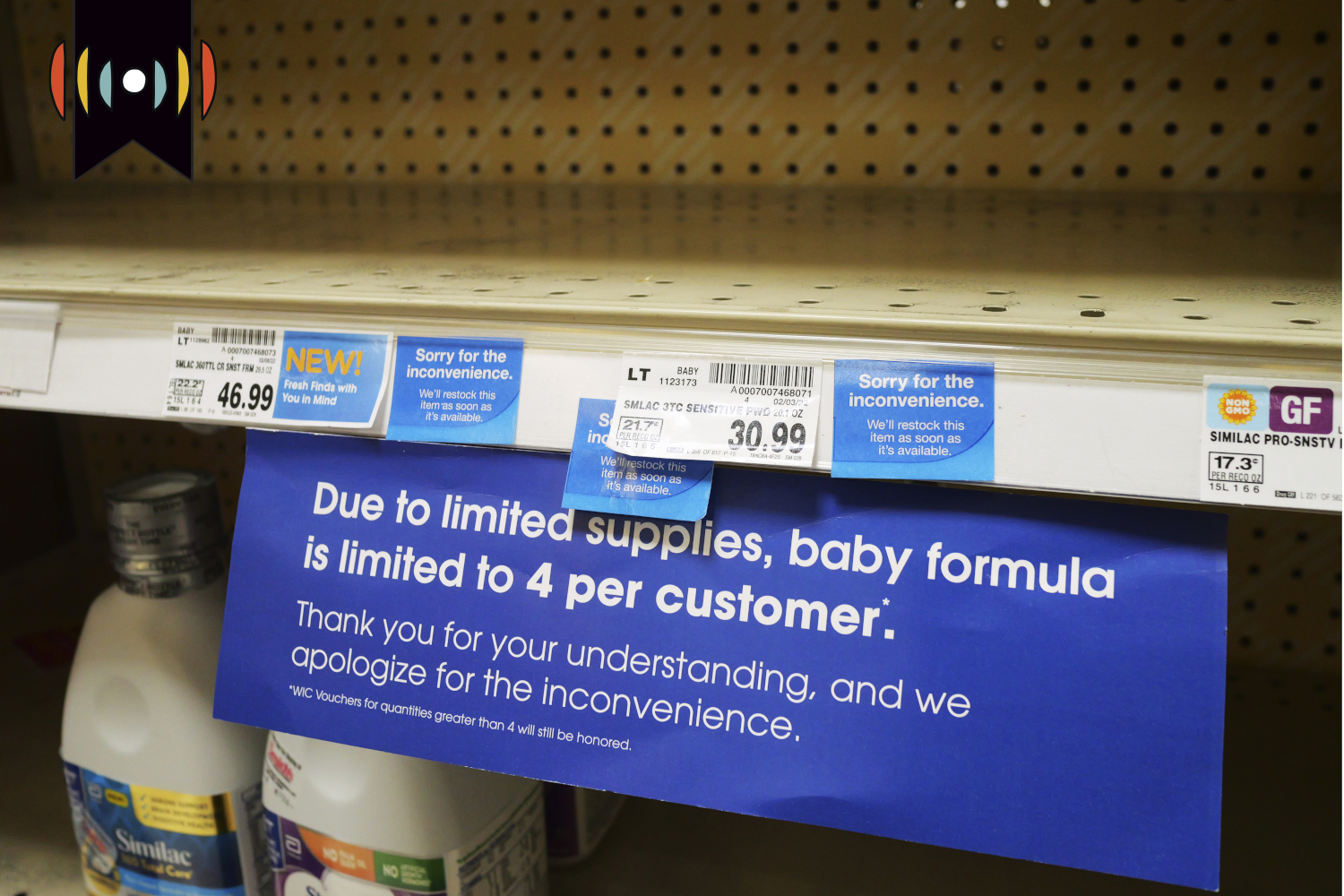 Parents swap, sell baby formula as Biden focuses on shortage » Parents are finding empty shelves where the baby formula is supposed to be at stores across the country.

The formula shortage is driving parents to barter, sell and offer leftover supplies to each other.

WAGNER: I’ve heard stories of moms, firsthand, my own daughter-in-law bartering for baby formula on Facebook. Pregnant women are asking if they should start stockpiling. They’re anxious.

The Biden administration plans to monitor possible price gouging and work with trading partners in the Americas and Europe on imports—even though 98 percent of baby formula is made domestically.

PSAKI: President Biden spoke with retailers and manufacturers, including the CEOs of Wal-Mart, Target, Reckitt, and Gerber to call on them to do more to help families purchase infant formula.

Republicans say the Biden administration should have done more sooner.

The problem is the result of supply chain disruptions and a safety recall.

Finland to apply for NATO membership » Finland is applying to join NATO.

The NATO alliance is a military pact that includes the United States, Canada, and much of Europe. Members agree to defend one another against any outside attacks.

HAUTALA: I think we have been communicating also to the Russians that this may someday happen, and I think now the day has come.

The country has maintained a stance of neutrality since Russia invaded and seized part of its territory during World War II. And as recently as a few months ago, most people in Finland said it should stay that way.

But Russia’s invasion of Ukraine has changed a lot of minds.

HAAVISTO: Unpredictable behavior of Russia is an imminent issue.

He said public support in his country for joining NATO now stands at about 70 percent.

Sweden, Finland’s neighbor to the west, is also thinking very hard about applying and could do so within days. NATO Secretary-General Jens Stoltenberg has said the alliance would welcome both countries with open arms.

One of the Kremlin’s stated reasons for invading Ukraine was to prevent NATO from expanding along its borders. Moscow has warned it would take retaliatory —quote—“military-technical” steps if Finland joins the alliance.

KRISTEN FLAVIN, REPORTER: For the first time, North Korea has publicly confirmed an outbreak of the omicron variant of COVID-19.

Up till now Kim Jong Un’s government had stuck to its story that it had a perfect record of locking the virus out of the country.

Kim’s authoritarian government has imposed a nationwide lockdown and called for greater disinfection efforts at homes and workplaces.

It’s unclear what percentage of the nation’s 26 million people are vaccinated.

North Korea has a history of rattling new governments in Seoul and Washington in an effort to boost its bargaining chips in future negotiations.

Wildfire destroys homes along California coast » In Southern California, strong winds have sent embers flying into smoke-filled skies as a wildfire burns along the coast, south of L.A.

One homeowner said the fire somehow skipped her home but burned the one next door.

The flames have already consumed more than 20 homes, many of them multimillion-dollar mansions. No injuries were reported.

ASUNCION: Evacuation orders, both voluntary and mandatory for the city of Laguna Niguel remains in place.

The California fire is much smaller than the New Mexico blaze that has, so far, burned at least 170 homes.

Red flag warnings are in effect from California to Colorado and parts of the Midwest due to low humidity, erratic winds and warm temperatures.