The Chinese military is carrying out drills off the eastern coast of Taiwan, the U.S. government says it’s not giving up on Brittney Griner, Europe’s largest nuclear power plant could be dangerously unstable, the U.S. attorney general is bringing charges against officers involved in the fatal shooting of Breonna Taylor, the number of Americans applying for jobless aid rose again last week, FBI Director Christopher Wray said he was disturbed by allegations of a coverup regarding Hunter Biden

WNBA star and two-time Olympic gold medalist Brittney Griner looks through bars as she listens to the verdict standing in a cage in a courtroom in Khimki just outside Moscow, Russia, Thursday, Aug. 4, 2022 Evgenia Novozhenina/Pool Photo via Associated Press 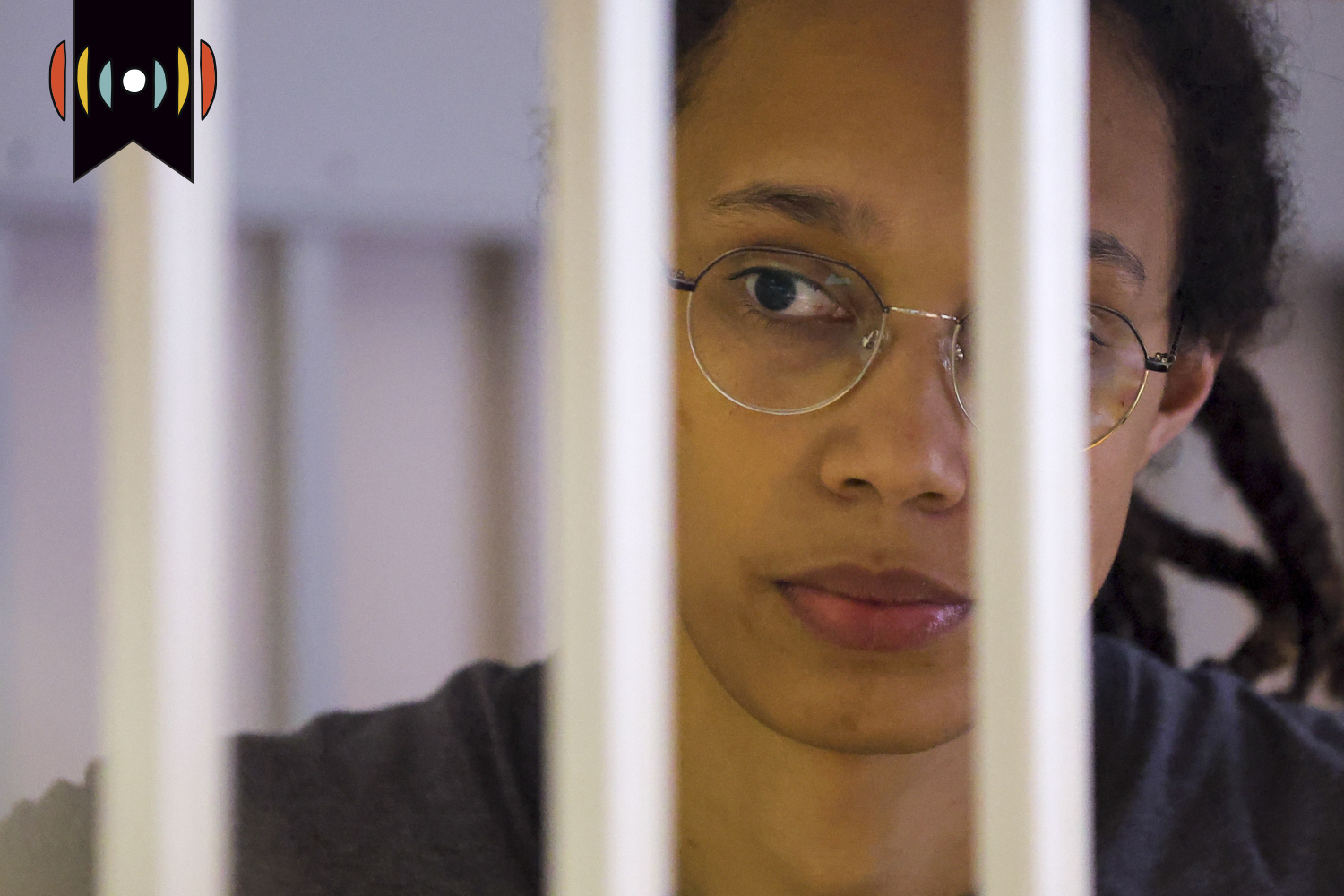 The waters of the Taiwan Strait sound like a war zone as the Chinese military carries out “precision missile strike” drills off the eastern coast of Taiwan.

But Secretary of State Antony Blinken pushed back.

BLINKEN: I want to emphasize nothing has changed about our position and I hope very much that Beijing will not manufacture a crisis or seek a pretext to increase its aggressive military activities.

The Chinese military is conducting the drills at six different positions surrounding Taiwan, which Beijing claims belongs to China.

Griner » The U.S. government says it’s not giving up on Brittney Griner.

A Russian court Thursday sentenced the WNBA basketball star to nine years in prison after convicting her on drug charges.

US diplomat Elizabeth Rood serves at the US Embassy in Moscow. She told reporters …

Russian authorities arrested Griner at an airport in Moscow when they found vape canisters of cannabis oil in her luggage.

The Biden administration has offered a prisoner exchange, reportedly Griner and former U.S. Marine Paul Whelan for a Russian arms dealer in US custody.

That was the dire warning Thursday from UN nuclear chief Rafael Grossi.

GROSSI: Zaporizhzhia is completely out of control not what you would expect and need to have.

While Russia controls the plant, a Ukrainian staff continues to run its nuclear operations. Grossi said that’s led to inevitable moments of friction.

He also said the supply chain of equipment and spare parts has been interrupted. And projectiles falling on the facility may be compromising its integrity.

GROSSI: Things that should never be happening in any nuclear facility.

Grossi said, “Every principle of nuclear safety has been violated.” And he’s urging both Russia and Ukraine to quickly allow experts to visit the complex to stabilize the situation.

Garland said the charges allege that members of an investigations unit…

GARLAND: Falsified the affidavit used to obtain the search warrant of Ms. Taylor’s home, that this act violated federal civil rights laws, and that those violations resulted in Ms. Taylor’s death.

Twenty-six-year-old Breonna Taylor was fatally shot during a raid at her apartment tied to a drug investigation.

Hankison was the only officer charged Thursday who was on the scene the night of the shooting.

ANNA MANDIN, REPORTER: The Labor Dept. says 260,000 Americans applied for jobless benefits last week. That’s an increase of 2 percent from the week before.

First time applications are generally an indicator of layoffs.

The total number of people collecting jobless benefits for the week ending July 23rd rose by more than three percent.

But economists expect the unemployment rate to remain at 3.6 percent, where it’s been since March.

WRAY: When I read the letter, I found it deeply troubling.

That letter contained accusations by a whistleblower that some within the FBI attempted to suppress information about the business activities of President Biden’s son.

Sen. Chuck Grassley is Ranking Member on the Judiciary Committee. He charged on Thursday …

Hunter Biden has been under investigation over his business dealings, taxes, and possible gun law violations, but he has yet to be charged.

BECERRA: In light of the evolving circumstances on the ground, I want to make an announcement today that I will be declaring a public health emergency on monkeypox.

The emergency declaration will free up resources to fight the virus, including wider access to vaccines and treatment.

The virus has infected more than 6,500 Americans.

The monkeypox virus spreads through skin-to-skin contact, as well as sharing bedding, towels and clothing. Homosexual men are at highest risk of contracting the virus, but health officials emphasize that monkeypox can infect anyone.