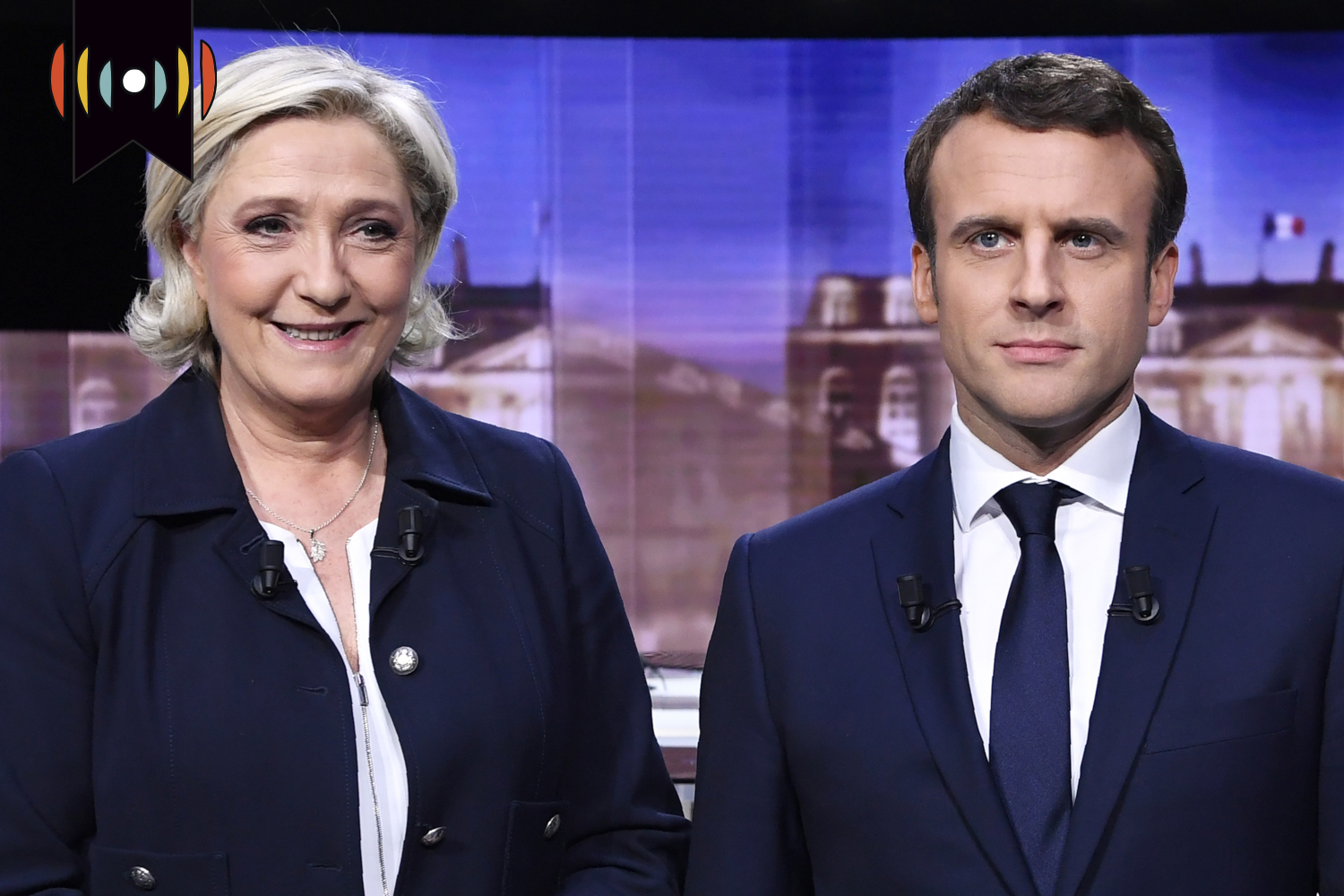 You’re listening to The World and Everything in It and we are happy you’ve joined us today. Good morning, I’m Mary Reichard.

Last night, presidential candidates Marine Le Pen and incumbent Emmanuel Macron went head to head in a televised debate. It’s the only time the two candidates will meet before voters go to the polls on Sunday to make their final choice.

JENNY LIND SCHMITT, CORRESPONDENT: France has had five years of its youngest-ever president, Emmanuel Macron. On Sunday, voters will decide if they want five more.

Elected as a centrist pro-European candidate, Macron quickly got embroiled in domestic controversy over the yellow-vest protests and then Covid lockdowns. At the beginning of this year, it seemed possible pandemic-weary voters might want to replace him.

One thing changed that. War on the European continent.

VANDENBERG: At first I wasn't sure who I would vote for because the programs, they looked really similar.

Lucas Vandenberg is a 27 year-old software engineer in Belfort, France. He doesn’t affiliate with any particular political party. So he read the programs of each one represented in the first election round and found good ideas in each.

VANDENBERG: But then when the war started, Emmanuel Macron took his role as a French leader and as a sort of a negotiator, maybe between Ukraine and Russia. And for me, that was one of the deciding factors for voting for Emmanuel Macron. So that's who I voted for in the first run.

Vandenberg isn’t alone. Many French who don’t like Macron’s domestic policies still preferred him over the alternatives as a global leader in an international crisis.

The first round of voting on April 10th left the same two candidates heading into the second round as in 2017, Emmanuel Macron and Marine Le Pen. Back then, Macron was a relative unknown who inspired hope that the political game could be played differently.

Before the 2017 election, I talked with voter Jean-Paul Brabant about his support for Macron and his new party, La Republique En Marche. At the time, Brabant liked the idea of leaving traditional party lines to build a team across the political spectrum. Five years later, I wanted to find out if Brabant has been satisfied with the result. For the most part, he is.

TRANSLATION: I think it’s been a good experience, because he was able to get intelligent people from different parties to work together. He built a government that was more centrist by choosing all kinds of people and listening to them. In my view, he is the first who actually listened to people.

Brabant says Macron also has had the courage to say hard things. One recurring issue has been retirement age. France currently has one of the lowest in Europe—62. As part of reforms designed to help the economy, Macron wants to raise the retirement age to 65. That effort is hugely unpopular. Last week he expressed willingness to soften that push, settling for 64 by 2030.

His opponent, Le Pen, of the right-leaning Rassemblement National party, calls that a maneuver to draw votes from the left.

In 2017, Le Pen also had the popular momentum for change. But she carried baggage from a party founded by her father and widely regarded as anti-immigrant and racist. In the five years since, Le Pen has carefully worked to change her public image. To some degree, that seems to have worked.

VANDENBERG: For my generation, we don't really know Jean-Marie Le Pen anyway, so we couldn't vote when he was around competing in the elections. For us, it's really just Marine Le Pen. She is her own candidate. She has her own party. She's different. Or maybe she's not different, but for us it's new anyway.

VANDENBERG: For my part, I'm really not happy with the immigration ideas that revolve around this party. So I can't really vote for her.

Critics are also quick to point out Le Pen’s past admiration for Vladimir Putin. As a candidate in 2017, she went to Moscow at Putin’s invitation, and she has praised him as a leader. Last week, she held a press conference to outline her views on foreign policy. She complained that the international community needs to take France seriously as a great power, and she said her relationship with the Russian president has been misunderstood.

LE PEN: As soon as the Russia-Ukraine war is over and we have a peace treaty, I will propose a strategic rapprochement between NATO and Russia.

At the same time, Le Pen said that if she becomes president, she will pull France out of NATO’s integrated military command. She would also end joint military programs between France and Germany, citing “irreconcilable strategic differences” between the two E-U nations. In 2017, Le Pen campaigned on a Brexit-style exit from the European Union. She’s since abandoned that tack, but says she would push for a looser version of the EU with less bureaucracy from Brussels.

For most French, those views are too risky in a time of war. But with 23 percent of the first round vote, it’s clear Le Pen’s populist message has resonated and found momentum in France. This time around she has the advantage of being able to point to five tumultuous years of Macron’s presidency. But that might not be enough to make her France’s first woman president. The most recent polls have Macron leading 56 percent to Le Pen’s 44 percent.

But the other big factor in this election is France’s high abstention rate. Twenty-six percent of voters sat the first round out. Whether or not they turn out to vote on Sunday will determine the winner.