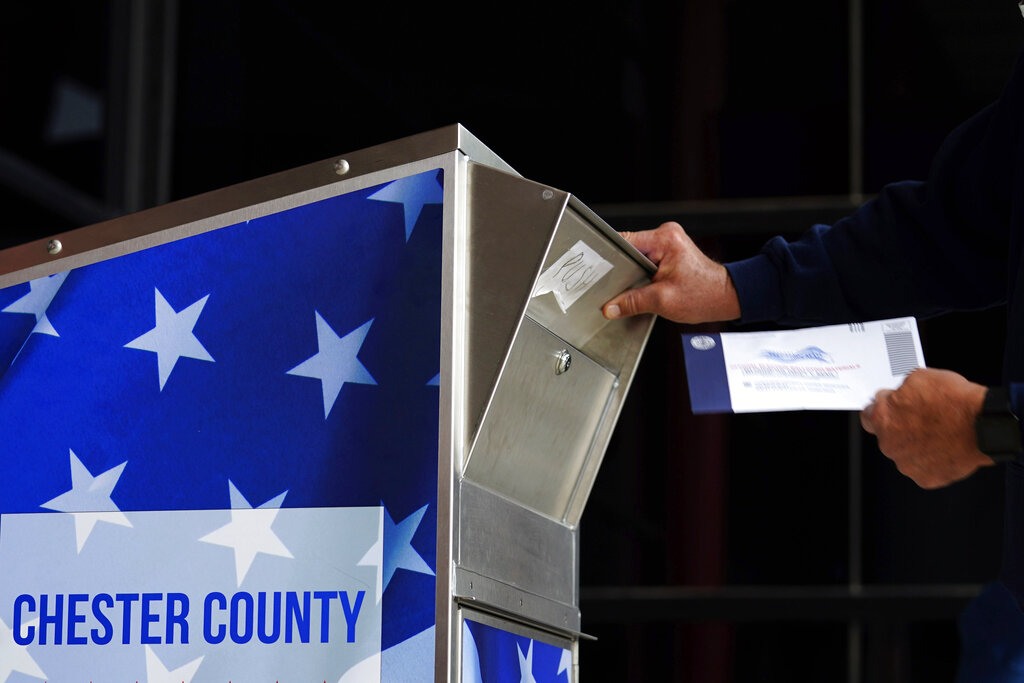 Tonight is of course the big night. Vote counts will start rolling in at about 8 p.m. Eastern. By the time most of us go to bed, Lord willing, we will know whether President Trump gets a second term or whether Vice President Biden gets a first term.

REICHARD: But as well all know, this year isn’t typical, and ballot counting may not be as smooth or fast as usual.

WORLD’s Sarah Schweinsberg takes us through the scenarios we could face tonight and in the coming days.

AUDIO: The results app that they were using has not been working and the phone backup system that they had in place according to one source is a disaster.

The Associated Press never was able to declare an official winner.

AUDIO: It’s actually really crazy the lines that have gathered throughout the day. I would say the average student is waiting two hours to cast their ballots…

The pandemic and related lockdowns threw another curveball. Sixteen states ended up postponing their primaries until the summer.

Concerns about COVID also pushed states to expand early and mail-in voting for the election itself. That’s led to a record number of early ballots.

On top of that, both Democrats and Republicans have filed a slew of lawsuits. Party leaders are worried about too many—or not enough—voting changes.

So given all that, what can we expect tonight?

John Fortier directs governmental studies at the Bipartisan Policy Center. He says the first scenario is a normal outcome.

FORTIER: I think there’s a good chance that we will know the election results on election night.

That’s because the race will come down to a few key swing states, so we won’t need official results from every state to know the winner. Those swing states are Wisconsin, Pennsylvania, Michigan, Florida, Arizona, and North Carolina. Six states President Trump won in 2016 that are now a toss up.

Donald Green is a political scientist at Columbia University. He says if former Vice President Joe Biden or President Trump takes a decisive lead in a majority of these states then a winner will quickly become clear.

Donald Green says as tabulations start to roll in, Republicans should be prepared for a Red mirage in swing states.

That’s because most likely, more Republicans will vote at the polls today than Democrats, who favored voting by mail. In some states, like Pennsylvania, poll ballots will be reported faster than mail-in ballots.

GREEN: It will seem as though the Republicans are leading in states like Pennsylvania, and then that lead will erode as vote by mail mail ballots are counted. Just be prepared for a kind of wild ride the night of the election as two very different populations of ballots are merged together.

But if some swing states are too close to call tonight that will lead to the second scenario: The country settles in for what could be a long wait.

GREEN: We could be in for a bumpy ride, at least in those places to the extent that the elections are close.

But what about all of those lawsuits filed against state election administrators? They could lead to a third scenario: Some states might not have certified election results until the courts resolve legal battles … legal battles over which contested ballots can be counted and which ones must be thrown out.

But John Fortier at the Bipartisan Policy Center says those court battles will only matter in states where Trump and Biden are neck-and-neck.

FORTIER: Again, if it’s not particularly close in any place, it’s somewhat more of an academic matter or matter for the future. But if it is a recount of some note and close, they’re ready with lots of lawyers on both sides to have those those sorts of fights after the election.

But even if there is a fierce battle over ballots, it won’t last longer than a month. The Supreme Court made it clear after the contested election in 2000 that all legal wrangling must be finished by December 8th. That’s six days before the Electoral College meets.

FORTIER: Those electors are going to meet and the election has to be resolved relatively quickly. And yes, litigation will not go on forever, to figure out who the president is.

That brings us to a fourth scenario: a tie in the Electoral College. The last time that happened was 200 years ago.

If we find ourselves in that situation this year, then, the House would choose the president and the Senate the vice president.

If either or both of those votes end in a tie, well, that turns into more legal scenarios than we have time to cover now!

Thankfully, both John Fortier and Donald Green believe Americans will know the outcome of the election long before January.

FORTIER: I think at some point, the election result will become clearer and probably much earlier than we’re anticipating. These scenarios are that it really stays that close for a long time.

(AP Photo/Matt Slocum, File) In this Oct. 23, 2020, file photo, a man drops off his ballot for the 2020 General Election in the United States outside the Chester County Government Services Center in West Chester, Pa.