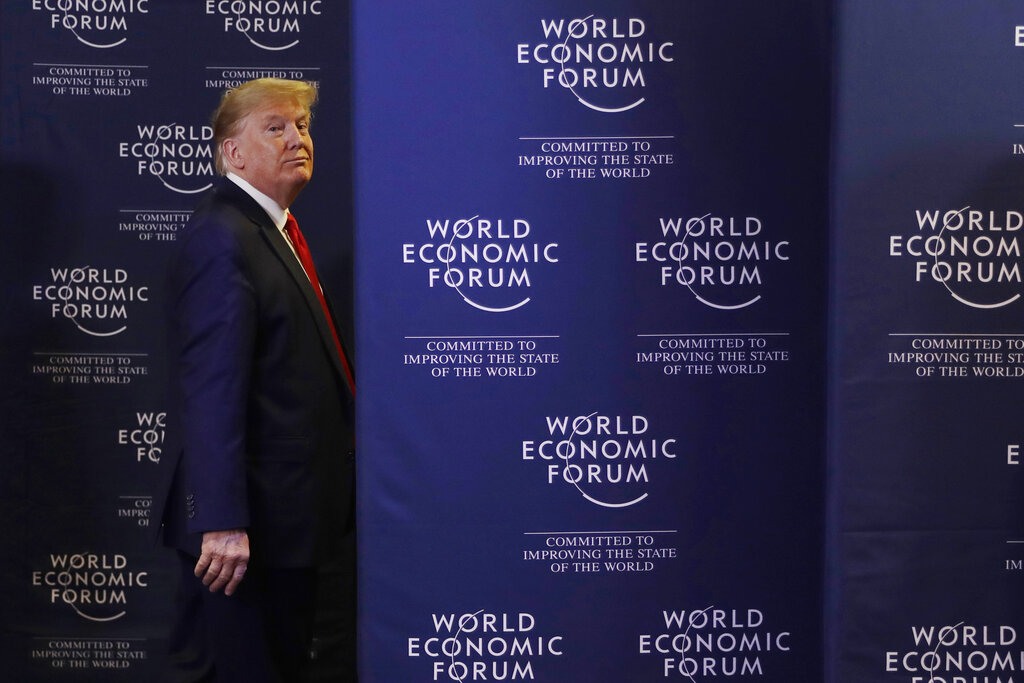 NICK EICHER, HOST: It’s Tuesday, the 28th of January, 2020. Glad to have you along for today’s edition of The World and Everything in It. Good morning, I’m Nick Eicher.

You may have heard of the WTO, but maybe you don’t know what it does.

Fundamentally, it’s a 25 year old association of about a hundred countries that helps to sort out global trade disputes. So when one nation believes another nation has broken the agreed-upon trade rules, a WTO panel of judges reviews the case, and makes a recommendation.

If a country doesn’t agree, it can appeal the recommendation to an appellate body that then issues a final ruling.

EICHER: Those final rulings have been problematic for the United States for many years. Presidents Bush, Obama, and now Trump—all of them with very different views on trade—have registered their dislike of those rulings by blocking the appointments of judges to the WTO panel.

So now, an appellate tribunal meant to have seven judges is down to just a single one. And that person cannot issue rulings alone.

That hamstrings the WTO and leaves high-level trade disputes in limbo.

SARAH SCHWEINSBERG, REPORTER: Last week, hundreds of world leaders gathered at the annual World Economic Forum in Switzerland. There they raised concerns about how world events like wars, refugee crises, climate change, and Brexit could affect the global economy.

President Trump talked about his trade-war with China and how the country’s unfair trade practices have hurt America. But he also said China isn’t entirely to blame.

TRUMP: The World Trade Organization has been very unfair to the United States for many, many years and without it China wouldn’t be China. China wouldn’t be where they are right now. That was the vehicle that they used.

President Trump said the WTO has let China get away with intellectual property theft and currency manipulation by labeling China a “developing” country. That status exempts China, the world’s second largest economy, from following all of the rules Western economies do. But China still gets the benefits of WTO membership.

TRUMP: They got tremendous advantages by the fact that they were considered developing and we weren’t and they shouldn’t be.

So what do those issues have to do with the WTO’s Appellate Body?

Tori Smith is a trade economist at the Heritage Foundation. She says Presidents Bush, Obama and now Trump blame the Appellate Body for taking away the United State’s ability to defend itself from unfair trade practices. The panel of judges has consistently ruled against America’s use of tariffs and duties to protect domestic industries.

SMITH: Really, it all boils down to the fact that the United States has been ruled against in a lot of cases that they’re unhappy about.

SMITH: There is valid complaint there that these cases should be getting through faster.

Steve Charnovitz is an international law professor at the George Washington University Law School. Charnovitz says, in the meantime, by refusing new appointments to the Appellate Body, President Trump can wage trade wars. And he can do so using trade tools traditionally declared unlawful by the WTO.

Right now, countries have brought several disputes against the United States over its steel and aluminum tariffs.

Jennifer Hillman is an international trade economist at the Council on Foreign Relations. She also served one term as a WTO Appellate Body judge. Hillman says President Trump’s plan could backfire. If there’s no Appellate Body, it can’t rule against the United States, but it also can’t hold other countries accountable.

HILLMAN: When you’ve destroyed the Appellate Body, you’ve taken the umpire off the field. If there’s a lot of rule breakers and you have no umpire to decide the cases, you know, then you really are entering the world of chaos… The other thing is that it is going to take away the United States is right to hold China or other countries to their commitments.

While the Appellate Body is functionless, other WTO nations want a way to resolve trade disputes. So last week the EU along with 16 other nations including China announced they’re forming an alliance. It will settle trade disputes through arbitration.

But President Trump’s stymying of the Appellate Body could be moving the WTO toward his hoped for reforms. At the World Economic Forum last week, WTO director-general Roberto Azevêdo said the organization isn’t functioning and needs serious change.

AZEVEDO: We have been saying for quite some time if the WTO is to deliver, and perform its role in today’s global economy it has to be updated it has to be reformed… the system has not been functioning properly in many areas.