For the defense of life

WORLD Radio - For the defense of life 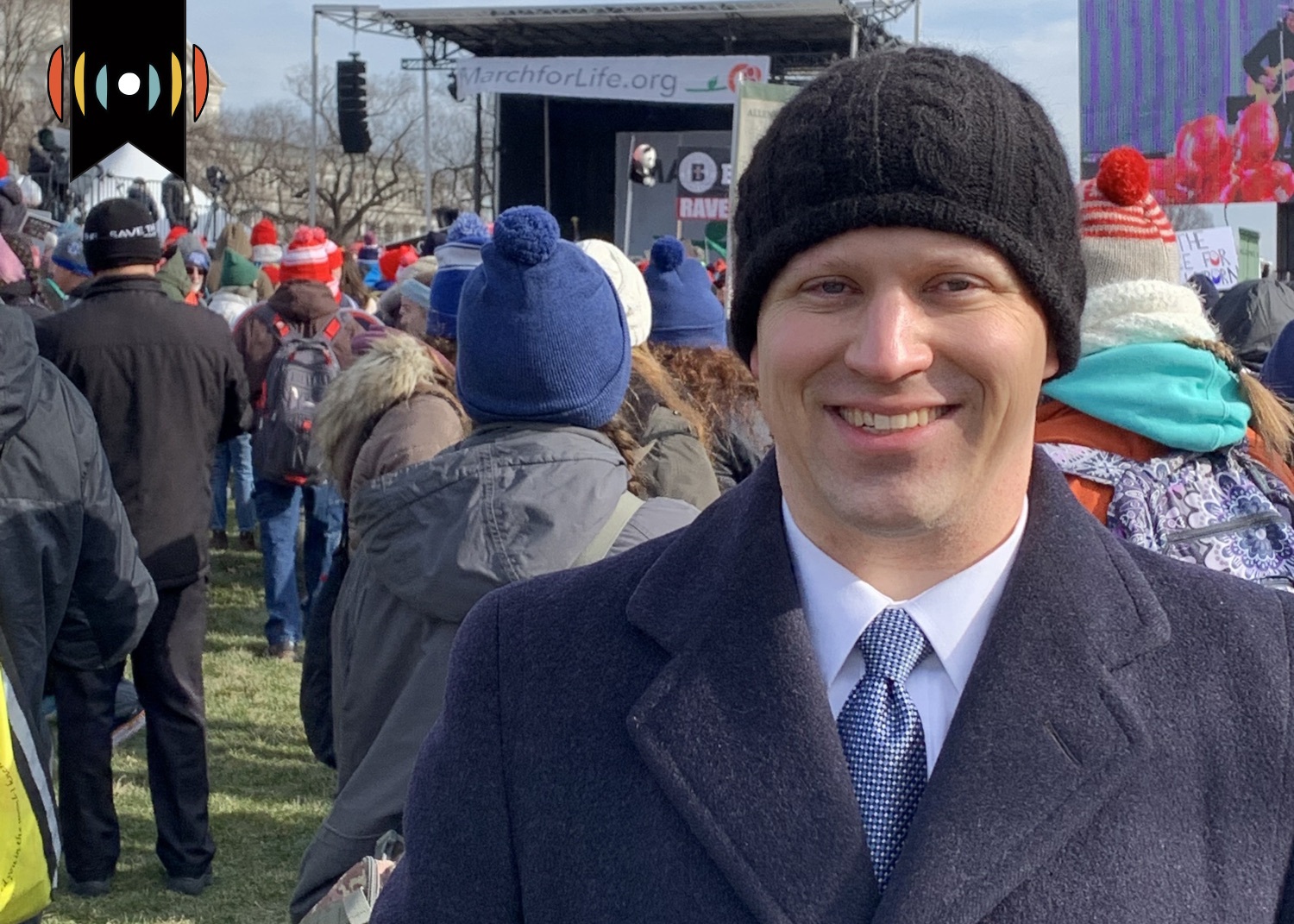 Last Friday, the 49th annual March for Life took place in Washington, D.C. WORLD reporter Jenny Rough was there and spoke with a lawyer who’s made it his life’s work to encourage pro-life pastors and other Christian leaders.

JENNY ROUGH, REPORTER: Samuel Green attended the national March for Life last Friday. He’s attended smaller, local marches before. But this was his first time at the D.C. event. And, he hopes, the last March for Life with Roe and Casey on the books.

Green is the founder of Reason for Life. He's been advocating for the unborn for years. He says there are many ways for Christians to do so.

SAMUEL GREEN: And that can be through marches. That can be through praying outside of abortion clinics, and talking to women who are going in there. It can be volunteering at pregnancy resource centers. And certainly voting for leaders who value and respect life.

Green travels the nation speaking to churches and Christian institutions about the case for life. Sometimes that means he’s a guest speaker at a Sunday morning church service. Or at special events, like this past November. He spoke at Faith Community Church in Palmdale, California, on how to strategically pray to end abortion.

GREEN: You can pray and fast just as the Jewish people prayed and fasted for Queen Esther before she went before the king to plead for the lives of her people.

Green also gives presentations to college and graduate students. Last October, he debated the current Supreme Court case Dobbs v. Jackson at Cornell Law. The most significant case on abortion before the court in 30 years. Last week, he talked with students at Patrick Henry College during a mandatory chapel service.

Green says it’s important for Christians to speak in defense of life.

He was only 7 years old when he first learned about abortion. He doesn’t remember the exact details of how he heard of it. But he does remember his reaction.

GREEN: I was blessed to know that I had parents who would be willing to die to protect me. And then when I found out that there are some who end up deciding to kill their own children, believing that that would be best for themselves. It was devastating to me.

By the time Green turned 9, he knew he wanted to be a lawyer.

GREEN: So I could help fight for children in the womb, in the courts.

For years, he did exactly that, litigating constitutional matters with Alliance Defending Freedom. Including cases relating to the sanctity of life.

But he was disheartened when it became clear that people in the church were choosing abortion. And that Christians were confused about the Bible’s teachings of life in the womb.

GREEN: And I thought, what hope do we have of having a culture that values and protects life if significant portions of the church are confused about the issue?

So the focus of his work shifted beyond the legal realm. Now he speaks to Christians about the scientific and biblical case for life.

GREEN: The science establishes beyond any reasonable question that a new human life comes into existence at the moment of conception. … And from that moment, you have a new human with its own unique DNA that, at that time, has established whether the child is a boy or a girl, hair color, bone structure, eye color. … And now all that child needs to do is be able to grow and develop, which is not just a process that happens in the womb, but one that continues outside of the womb as well.

As far as a Biblical case for life, Green starts by addressing a common pro-abortion argument.

GREEN: If you look for the word abortion in the Bible, you’re not going to find it.

But you will find words about the pre-born. One of Green’s favorite passages comes from Judges and the story of Samson, the supernaturally strong man with long hair. Samson became a Nazarite as an unborn child.

GREEN: And so I love using that passage to refute the mantra of my body, my choice. Because here the Bible is making very clear that God saw two bodies in the case of the unborn Sampson and his mother. And he valued Sampson in the womb just as he did outside the womb.

Green has encountered pastors and Christian leaders who are reluctant to speak on abortion. Some because they don’t want to be perceived as political.

GREEN: And so what I want to remind pastors of is well, yes, this issue is indeed controversial and political, but it is first and foremost a biblical issue. And it’s close to the heart of God.

Others because church members have been personally affected by it.

GREEN: There are many in their church who have had an abortion, who have pushed or even forced someone else to have an abortion. And it’s a painful, emotional subject for them.

When thinking of who seeks abortions, unwed teenagers may come to mind. But that’s not always the case.

GREEN: A lot are maybe even married women in the church with a couple kids already. And they decide 'we’re not at a time in our life where we’re ready for another child.'

Green says all these reasons are exactly why pastors and Christian leaders must address it.

GREEN: If they don’t hear the truth from you, where are they going to receive that truth? You have been called to help shepherd a flock. You have an opportunity to help save lives within your own congregation. And save mothers and fathers from the emotional and spiritual turmoil that many experience following a decision to abort.

Green acknowledges that women in the church face the same pressures to have an abortion as those outisde the church face. Plus, the added stigma of shaming.

GREEN: And so I think it’s important for pastors to both emphasize the importance of living in a righteous way, in a way that promotes human flourishing by confining relations to a married man and woman. But also makes sure that their congregation knows that the pastor and the congregation is ready to forgive and help.

Just as important is to communicate there is hope and help for men.

Green points to Ephesians 2 as a reminder that God created each person with a purpose. “For we are His workmanship, created in Christ Jesus for good works, which God prepared beforehand, that we should walk in them.” Everyone has God-given gifts and talents.

GREEN: And we will never know the full degree of loss that we have experienced in our personal lives and in our families and in the broader culture by destroying these precious gifts that God made to serve a particular purpose here on earth.