Flipping the narrative on child poverty 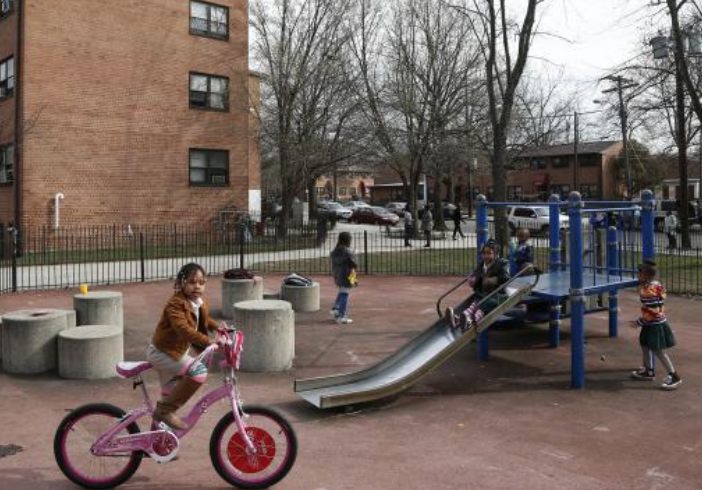 MARY REICHARD, HOST: Coming up next on The World and Everything in It: child poverty.

It’s a common theme among Democratic presidential candidates. And for the most part, they’re repeating the same narrative: too many of America’s children aren’t doing so well.

Here’s Bernie Sanders during one of last year’s debates.

SANDERS: We are the wealthiest country in the history of the world. And yet, we have the highest child poverty rate of almost any country on earth.

NICK EICHER, HOST: But new analysis tells a very different story. Not only has the overall child poverty rate in America dropped to near historic lows, but the poverty gap between children of different races and ethnicities has also shrunk.

SARAH SCHWEINSBERG, REPORTER: Angela Rachidi is a researcher at the American Enterprise Institute.

The government began tracking child poverty rates in the 1960s. Back then nearly a third of America’s children lived in poverty. Since then…

RACHIDI: Child poverty has been declining, uh, and quite substantially over the past, a couple of decades.

But government spending on low-income children has drastically increased since the 1960s. So the federal government releases another set of data called the Supplemental Poverty Measurement.

RACHIDI: We can’t discount the, the huge increase in federal government resources that have been dedicated to low income families over time.

Chris Wimer is a researcher at the Columbia Center on Poverty and Social Policy. He says the Supplemental Poverty Measurement is a more accurate way to measure rates of child poverty.

WIMER: The reason it’s considered an improvement is that it takes a broader definition of income or resources into account. When you think about the policy support that exists for low income families… increasingly those supports have come through the tax system and through in kind or near cash benefits.

AEI’s Angela Rachidi says there is more good news. Historically non-white children have had much higher rates of poverty. An African American or Hispanic child was four times more likely than a white child to live in a poor household. That number has also dropped. Today, non-white children are twice as likely to live in poverty.

Rachidi says while these are major improvements, the United States still has a long way to go to reduce child poverty. To see continued progress, Rachidi says government benefits need to incentivize employment.

RACHIDI: Employment is the best thing for families and our policies should be focused on increasing employment.

RACHIDI: It’s just basic math that if you have two parents with two incomes in a household, uh, the likelihood of poverty is going to be reduced.

Fighting child poverty on the ground is, of course, much more complicated.

Hank Lee is with the North Delta Baptist Association in Clarksdale, Mississippi—town in the historically poor Mississippi River Delta region.

Lee says a booming economy and increased government benefits may be helping some. But in the Delta, many poor families are stuck. They’ve lived in poverty for generations.

Changing an ingrained poverty mindset takes much more than money.

(Photo/Associated Press, Charles Dharapak, File) A playground in the Kenilworth-Parkside neighborhood of Washington, D.C., an area that has received numerous government poverty-fighting grants.